Few things are as horror-inducing as biting into a piece of fruit and noticing a patch of colorful, fuzzy mold. (Insert internal screams here.)

It feels like a betrayal—and suddenly you’re spitting out that chunk of your precious apple or holding your moldy slice of bread over the garbage can, contemplating calling your mom for her to reassure you that nothing too terrible happens if you eat mold.

Whether you’re tempted to rinse out your mouth with Listerine for a good 10 minutes or just cut around the mold and keep chomping away, know this: Eating moldy food probably won’t do you too much harm, let alone kill you, according to Rudolph Bedford, MD, a gastroenterologist at Providence Saint John’s Health Center in Santa Monica.

Actually, sad and grossed out as you may be about eating (or almost eating) that blue fuzz, you’ll probably be fine, he says.

However, there are a few things you should keep in mind when it comes to dealing with (and, gulp, ingesting) moldy food—especially considering that, on rare occasions, it can actually make you sick.

Before you brazenly continue noshing on your fruit or popping that toast in the toaster, here’s the low-down on everything that can happen if you eat mold.

Give it to me straight. What happens if I eat mold?

Don’t run to the bathroom to scrub your tongue with a bar of soap just yet. “You’re not going to die from eating mold,” says Dr. Bedford. In fact, as long as your immune system is in good shape, you can digest it like any other food.

Though molds (a.k.a. microscopic fungi)—which creep up on plant and animal products after being transported there by air, water, or insects—can be dangerous, they usually aren’t, according to the USDA.

After all, molds are actually meant to be on certain foods—including dry-cured country hams and cheeses such as blue cheese, Gorgonzola, Brie, and Camembert. In many of these cases, mold is totally safe to eat, the USDA says. 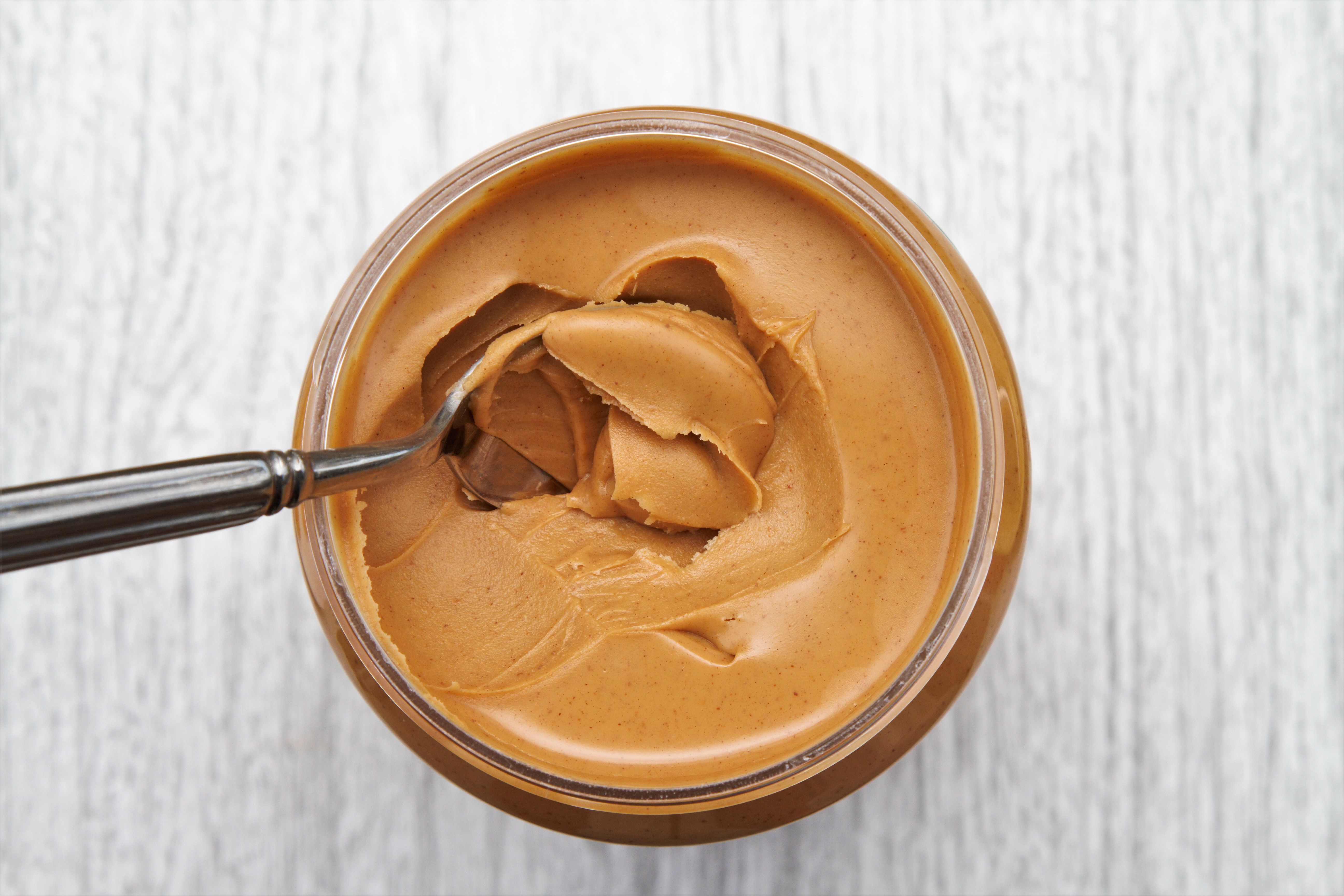 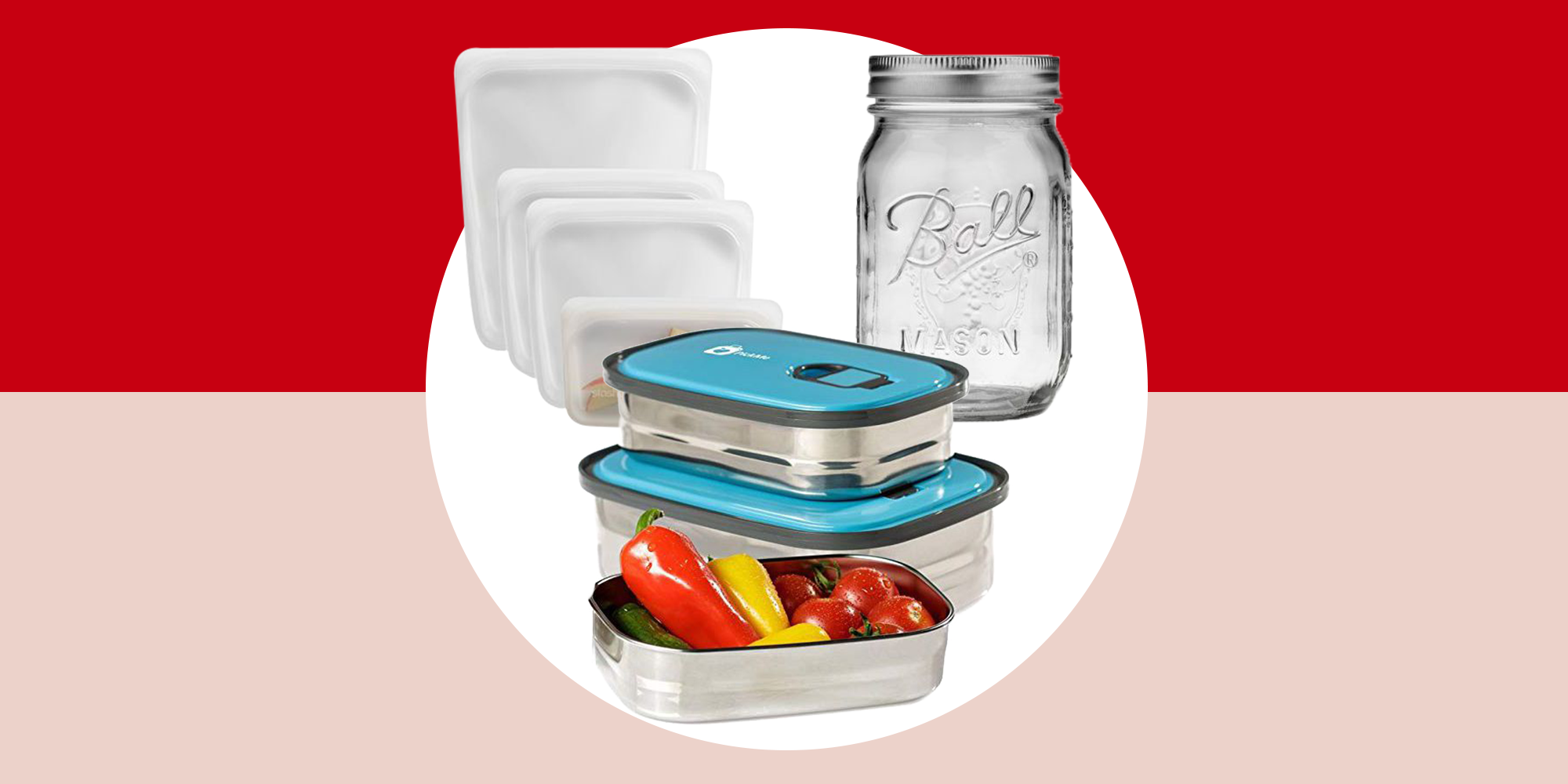 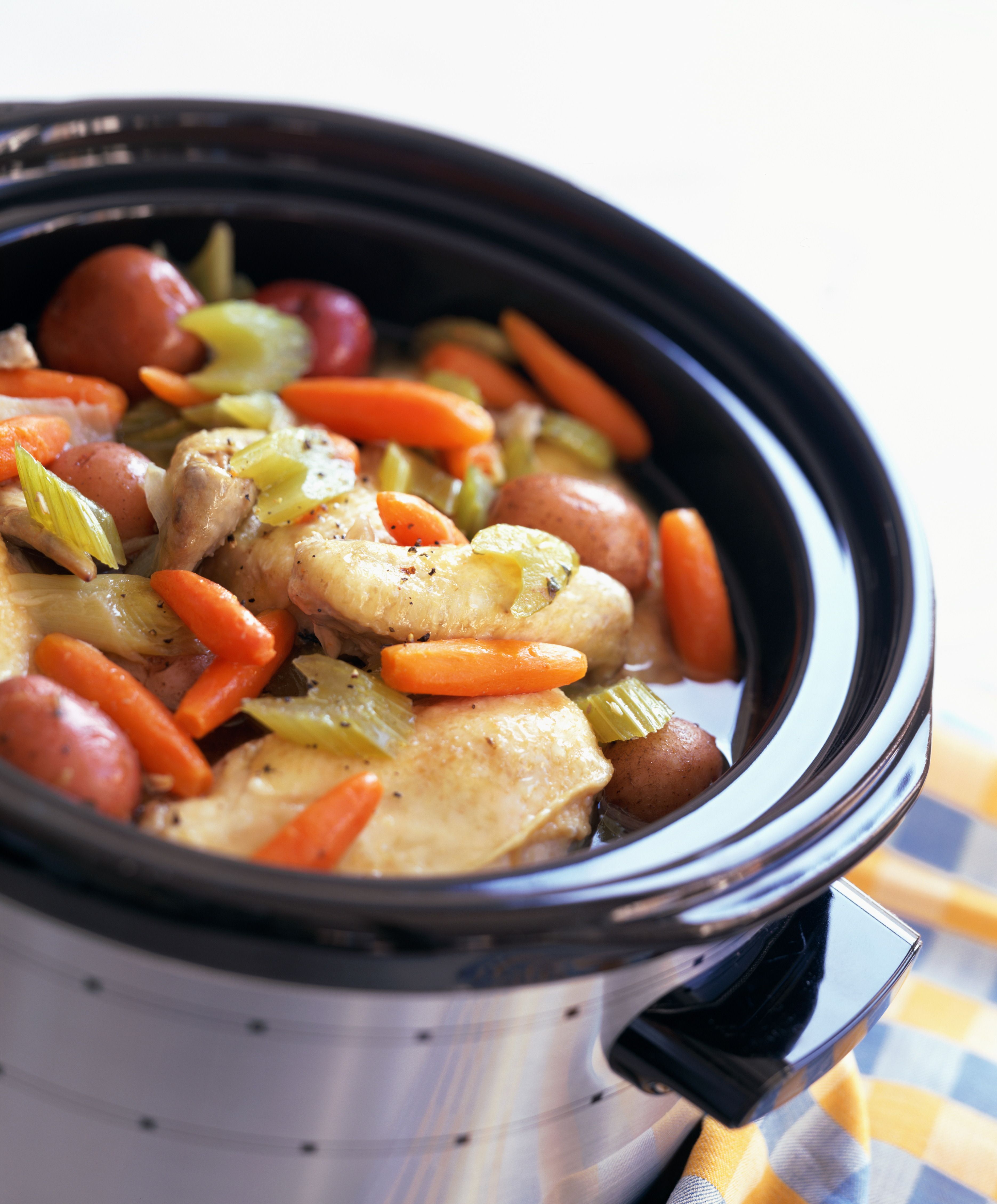 But what about the fuzzy green or white stuff that pops up unannounced on fruits, vegetables, bread, and dairy products?

You might feel sick after accidentally eating these molds, but that’s most likely because the mold tastes bad, not because of any particular toxin in it, says Dr. Bedford.

Even then, he recommends waiting to see if your symptoms escalate beyond nausea before rushing to call the doctor. “The stomach is a harsh environment, so, for the most part, most bacteria and fungus won’t survive,” he explains.

But what if I do get super sick from eating moldy food?

“It’s very uncommon that you’re going to get [really] sick from mold,” says Dr. Bedford. And in the rare instance that you do, you’ll likely have had to consume large amounts of the stuff. (And, c’mon, are you really going to keep licking the fuzz off your food? I didn’t think so.)

If the unlikely occurs, though, and your symptoms include persistent nausea and vomiting, you should definitely call the doctor, Dr. Bedford says. Typically, he’d just prescribe anti-nausea medication—but if you’re really feeling miserable, he might prescribe something to induce vomiting or diarrhea to try to flush out your system. 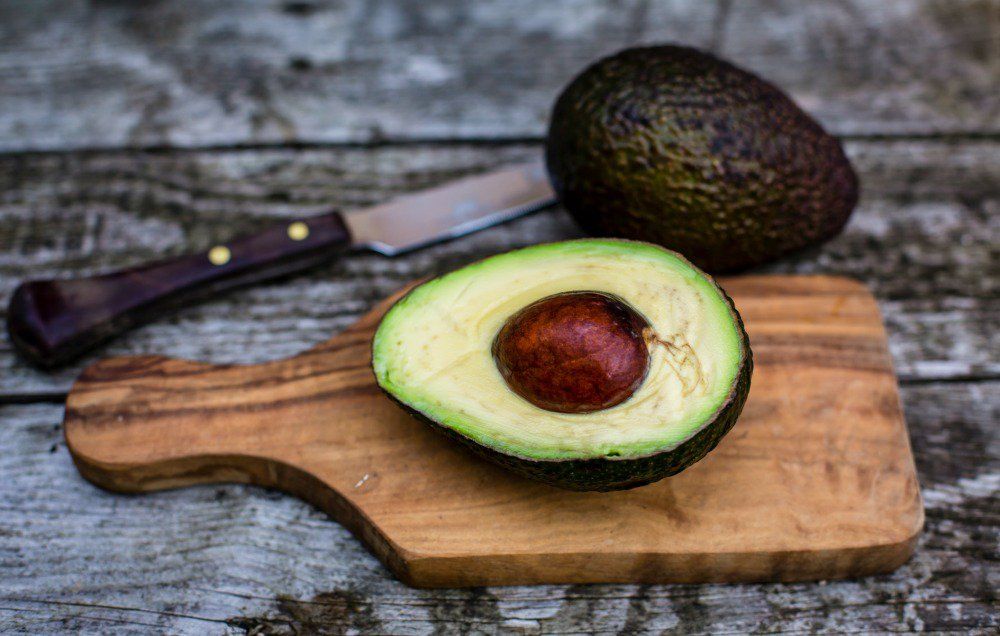 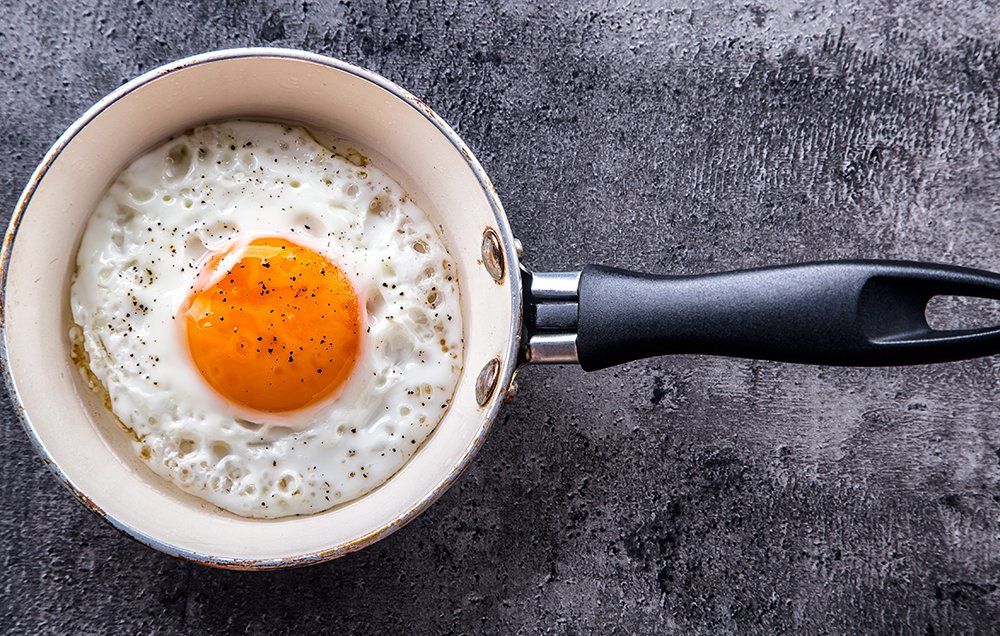 In some cases, people have allergic reactions to certain molds, which can contribute to respiratory issues, says Dr. Bedford. But don’t worry, they’re usually temporary and easily treated by your doctor.

Ultimately, though, don’t get too freaked out: In his 30 years of practice, Dr. Bedford says he has never seen anyone die or require more intense treatment due to mold (though that doesn’t mean it’s impossible).

Just take mold as a sign that your food’s gone bad and move on.

Wait, can’t I just cut the mold off of my food?

If you’re not too skeeved out by that patch of mold on your eats, you might be tempted to just cut it off and continue eating, but whether or not this is actually a good idea depends on the food.

Though we only see their fuzzy discolored tops, all molds have “roots” that invade foods, according to the USDA. Since these roots allow toxins (if there are any) to spread throughout the inside of your food, your best move is to throw out the moldy food in its entirety, regardless of where you see the moldy patch, Dr. Bedford says.

Still, mold can’t penetrate certain hard cheeses, hard salami, firm fruits, and vegetables as easily as softer foods, the USDA says. That makes these foods easier to save from a fuzzy patch. Just make sure to cut off at least an inch around and below the moldy spot, keep your knife out of the mold, and wrap the “good” part of the food in a new covering.

For quick reference, these food are generally okay to eat once you cut off any mold:

These foods, meanwhile, should be thrown away if at all moldy:

Also, FYI, toasting your bread will not kill the mold on it, so don’t even go there. Since bread is super porous, it’s definitely one to chuck at the first sign of fuzz, says the USDA.

How can I prevent mold from forming in the first place?

Since warm, humid conditions encourage mold growth—and dry mold spores float through the air in search of new places in which to grow some more moldy friends—the USDA recommends a few best practices for keeping mold from messing with your food:

Of course, molds can still grow in the refrigerator (albeit much more slowly), but following these guidelines can help keep your eats fresh and fuzz-free for as long as possible.

The bottom line: Eating moldy food probably won’t make you sick, but most foods should be thrown away at the first sign of fuzz. To prevent mold growth, properly wrap all food and store it in a clean, dry refrigerator.