From The Bachelor on ABC and Vanderpump Rules on Bravo to The Circle on Netflix, who hasn’t left their couch this month? And we aren’t complaining; bundling up with a fleece blanket and a Truly in hand (it’s never not hard seltzer season) is the single greatest way to pass the time. Ben & Jerry’s knows this. So, does Netflix. That’s why the two have combined their powers for good: to create the Netflix & Chilll’d ice cream ⁠— and yesss, “Chilll’d” has three “l”s.

Netflix & Chilll’d, the first Netflix original flavor from Ben & Jerry’s, is a peanut butter ice cream with sweet and salty pretzel swirls and fudge brownies. It even comes in a non-dairy frozen dessert option for the dairy-free bingers.

“There’s something for everyone to watch on Netflix & flavors for everyone to enjoy from Ben & Jerry’s, so we’ve teamed up to bring you a chillaxing new creation that’s certain to satisfy any sweet or salty snack craving. It’s a flavorful world, and everyone is invited to grab a spoon,” the product description on Ben & Jerry’s website states.

Yesterday, comedian and host of Netflix Original, The Circle, gave the first ceremonial scoop of the new Netflix flavor.

And Ben & Jerry’s even released a cocktail recipe inspired by the new flavor, appropriately called the Chilll’d-tini. First, you drizzle a martini glass with fudge (of course); then, rim the glass with peanut butter and crushed salted pretzel. And, finally, pour in a concoction of gin, brandy, creme de cacao, and Irish cream.

Ben & Jerry’s and Netflix, you know us too well. 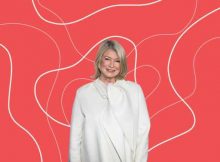 Martha Stewart's Cacao Spice Cookies Are So Good, You Won't Want to Swap Them 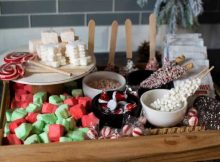 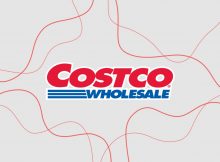