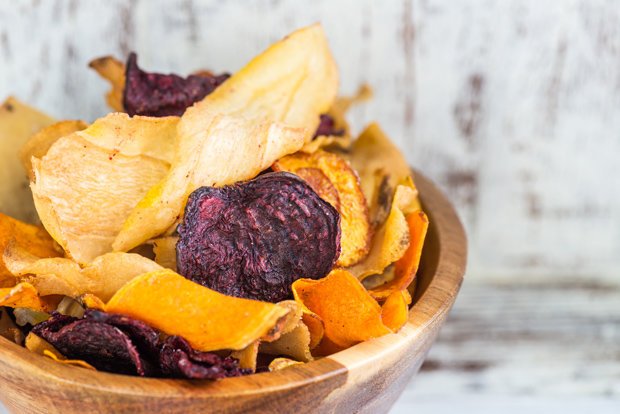 While the protein-filled dip is good for you when eaten in moderation, it shouldn’t be binged on.

Terri-Ann explained: “This popular dip is made from chickpeas, so you assume that it must be pretty healthy – but you’d be wrong.

“Hummus that is bought ready made from supermarkets often has very high fat and salt content.

“A recent study found that some types of hummus contain more salt than four packets of ready salted crisps!”

Like with the veggie crisps, it’s best to make hummus yourself so you know exactly what’s going into it.

For the simplest recipe, blend drained chickpeas along with some spices.

Frozen yoghurt can be healthier for you than ice cream, but that doesn’t mean you should eat a whole tub fall.

Terri-Ann revealed: “The problem with fro-yo is that it generally has about as much sugar as normal ice cream does meaning it’s not quite living up to the idea that it’s healthy!”

Instead of guzzling down a load of frozen yoghurt for dessert, try munching on fresh fruit instead.

Alternatively, you can make your own ice cream by blending bananas, milk and vanilla pods.

Simply set in the freezer and you’re good to go. 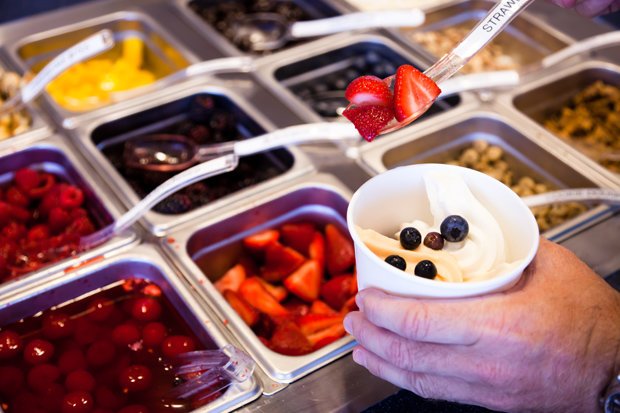 There are plenty of health benefits to eating avocados.

The product is packed with unsaturated fats, which helps to reduce cholesterol.

But while the fruit can have positive impacts, it should only be eaten in moderation due to its calorie content.

Terri-Ann comments: “These are often thought of as a superfood and because we’re tricked into thinking anything green is healthy, we’re fooled with avocados.

“The reality is that they are actually incredibly high in calories, roughly around 340 per avocado.

It’s advised that we only eat around 300/400 calories per day for breakfast so if you’re having a full avocado plus eggs, bacon and toast – you can soon find yourself well on your way to your daily limit just from one meal!”

Sipping a small amount of unsweetened fruit juice can contribute to your five a day target.

But the NHS recommends drinking no more than 150ml of the stuff every day, do don’t drink a whole carton.

Terri-Ann warns that fruit juice can have a high sugar content.

She said: “Often we can be fooled into thinking that drinking a glass of fruit juice is the perfect way to get one of our five a day, but the reality is that they are so high in sugar this almost balances out the benefit.

“Drinking fruit juice is nowhere near as beneficial as eating a piece of fruit due to the lack of fibre.

“The fibre is what protects us against absorbing the sugar found in fruit, this isn’t present in juice so we retain the high sugar content.”