For the first time in more than one decade, Coca-Coca has released a brand-new flavor – one that’s so nostalgic, you won’t help but get excited for it.  Starting Feb. 25, scour the soda aisle for Coca-Cola’s Orange Vanilla Coke and Orange Vanilla Coke Zero Sugar.

“We wanted to bring back positive memories of carefree summer days,” says Kate Carpenter, brand director of Coca-Cola, in a press release. “That’s why we leaned into the orange-vanilla flavor combination – which is reminiscent of the creamy orange popsicles we grew up loving, but in a classically Coke way.”

Vanilla Coke, launched in 2007, was the last new flavor to hit the market under Coca-Cola, and Cherry Coke in 1985 before that. Last year, Coke did give a few flavor test runs, including its cinnamon-flavored Coke released in the U.K., and the soft drink powerhouse even announced last year that a CBD-infused beverage may be in the works, but this is its first permanent release, again, since 2007.

And it’s all thanks to the success of the relaunch of Coca-Cola Zero Sugar in 2017.

“What we realized is that we had a diamond in the rough when we looked at our flavors portfolio,” Carpenter says. “The growth of Cherry Coke and Vanilla Coke – and their zero-calorie variants – has been really strong in recent years even with very limited marketing support.”

The Coke team considered three other flavors – raspberry, lemon and ginger – but orange vanilla was the clear favorite in their focus groups. Plus, according to the press release, Australian and Canadian customers were huge fans of the new flavor when Coke launched Coke Orange No Sugar in their countries last summer.

“We realized our flavors were hiding in plain sight,” Carpenter says. “So we want Cherry Coke and Vanilla Coke to come along for the ride and be top of mind for variety seekers.”

We honestly can’t wait to see what Coca-Cola does next. In the meantime, we need to get our hands on this new Orange Vanilla Coke Zero Sugar, stat. 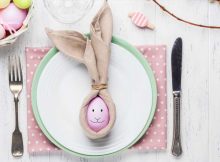