It stalked its caffeine-addicted prey when it first made its low-key appearance in 2015, studying their behaviors and movements, understanding exactly what coffee fanatics wanted in a caffeinated beverage. Two years later, it’d quickly make its way up the ranks, becoming virtually everyone’s go-to early-morning (and midafternoon slump) sip: cold brew. 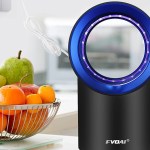 They’re everywhere: coffee shops, grocery stores —  even McDonald’s has them. And for good reason. They’re steeped for an extended period of time (typically anywhere from 12 to 24 hours), they’re richer in flavor but go down much smoother than iced coffee.

Starbucks caught onto the craze quickly too. Since adding cold brew to its menu a few years ago, they have been perfecting its offerings, releasing new and elevated versions of the caffeinated drink any chance they got. And clearly, it’s paying off. Not only did sales increase 20 percent after they introduced cold-brew coffee in their stores, but they also added cold brew on tap to upward of 1,400 stores in 2017 according to Bloomberg.

So it’s no wonder the cold brew options these days are seemingly endless. And one of the grocery stores noticeably increasing its number of cold brew products? Trader Joe’s.

Just for you, our dear readers, I set out on a very important mission to purchase every item and try them all in a matter of five days. And let me tell you, it’s been a week. Full disclosure: Before taking my first cold brew sip, I had cut my caffeine intake in half, down to just one cup per day (sometimes less) and no coffee on the weekends. So I can safely say I’m jacked typing these words at this very moment. Also important to note before we get into the list: I always drink my coffee black — no cream, no sugar, nada.

That said, here they are, ranked from “meh, you can keep it” to “if you don’t try this cold brew, you’re a damn fool.”

A version of this article was originally published July 2018.

Our mission at SheKnows is to empower and inspire women, and we only feature products we think you’ll love as much as we do. Please note that if you purchase something by clicking on a link within this story, we may receive a small commission of the sale.