Emma Roberts got in a good read and newborn baby cuddles at the same time.

The first-time mommy, 29, shared a black-and-white photo on Instagram Monday of her son Rhodes nuzzling into her neck while she read the Joan Didion collection book, Let Me Tell You What I Mean.

Let Me Tell You What I Mean is a collection of twelve pieces Didion, 86, wrote from 1968 to 2000 featuring writing about journalism, politics, feminism, California lifestyle and more.

Roberts' latest picture of Rhodes is only the second she's shared since welcoming her first child with Garrett Hedlund in December 2020.

RELATED: Garrett Hedlund Has 'Totally Stepped It Up' for Emma Roberts Since Welcoming Their Son: Source

The first photo she shared was in early January. In the picture, the American Horror story actress cradled her son while they both sported monochromatic orange outfits.

"Thank you 2020 for getting one thing right ☀️ Our bright light Rhodes Robert Hedlund 🧡," the doting mom wrote.

See All of the Celebrity Babies Born in 2020

Hedlund, 36, has been a great support system for Roberts as they navigate being new parents, a source told PEOPLE earlier this month.

"Having a newborn in the pandemic has been a lot harder than either of them expected, but they're really, really trying their best to figure things out," the source said. "Garrett totally stepped it up after Emma was still recovering after giving birth. He made sure that their house was stocked with things that Emma liked and needed so she felt comfortable. She's just starting to get back into a more 'normal' routine."

Prior to their child's arrival, Roberts spoke with Cosmopolitan for the magazine's December issue and opened up about how her family planning timeline was much different that she initially thought she wanted.

"At 16, I thought, 'By the time I'm 24, I'll be married with kids,' " the Holidate star said at the time. "And then I was 24 and I was like, 'Remember when I said I would be married with kids by now?' … It sounds cheesy, but the moment that I stopped thinking about it, we got pregnant." 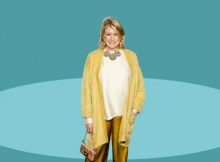