Kim Kardashian West is celebrating her husband and now a father of four, Kanye West.

The Keeping Up with the Kardashians star, 38, shared a sweet Father’s Day tribute to the 42-year-old rapper on Sunday, posting a slideshow of photos from a family trip to the beach, where the couple were joined by their eldest children, daughter North — who just celebrated turning 6 on Saturday — and son Saint, 3.

In one sweet family shot, West, who was holding onto his son’s hand, walked side-by-side with Kardashian West, who was holding North’s hand. Another loving photo showed the proud papa sharing an affectionate moment with both the youngsters, while a third showed him helping his son walk across the sand.

“Happy Fathers Day! You are the best daddy to our kids!!! We love you so much!” Kardashian West captioned the shot.

The photos did not feature the couple’s youngest children, daughter Chicago, 17 months, and son Psalm, 5 weeks.

Happy Fathers Day! You are the best daddy to our kids!!! We love you so much!

Kardashian West and her husband welcomed their fourth child via surrogate on May 9. She announced the arrival of her baby boy on Twitter the day after his birth, writing, “He’s here and he’s perfect!”

“He’s also Chicago’s twin lol,” she added. “I’m sure he will change a lot but now he looks just like her.”

A week later, she revealed the unique name of their new addition and shared the first photo of the newborn in the form of a text conversation with West.

“Beautiful Mother’s Day with the arrival of our fourth child,” read the message from West. “We are blessed beyond measure. We have everything we need.”

She posted his first close-up photo earlier this week, captioning it “Psalm Ye,” leading fans to speculate that Ye might be the newborn’s middle name.

A source told PEOPLE that Psalm, which means “song” in Hebrew, is “a good reflection of where Kanye and Kim are spiritually.”

“Kanye has been going through a spiritual revival lately,” said the source. “Every name has a meaning that is personal between Kanye and Kim and the child.”

“Kanye is very involved in choosing the names. He and Kim do exactly what every couple does, where they each bring up names and the other one gives their feedback. It’s very traditional that way,” the source continued. “Kanye would never just choose a name that Kim doesn’t like, or vice versa. The names are things that they mutually agree upon.”

Another source recently told PEOPLE that as new parents of four, the couple has “really found a way” to work as a team, with “everything falling into place for them.”

“There were definitely points where Kim was nervous — four kids is a lot!” the source said. “But she’s so happy and loves seeing all the kids interacting. Kanye is so happy to have a big family.”

According to the source, the Wests have figured out a successful method of balancing their work schedules with parenting their little ones.

“When Kim is working out, Kanye is with the kids and vice versa,” the source said. “[Kanye is] very close with North in particular. And whenever he isn’t traveling or in the studio, he likes to do school drop-offs.” 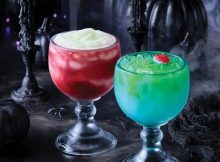 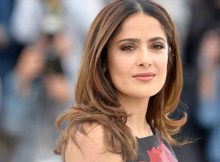