Amanda Southworth came up with AnxietyHelper to help teens with mental health issues. Here’s how it works and how to know if a mental health app is helpful. 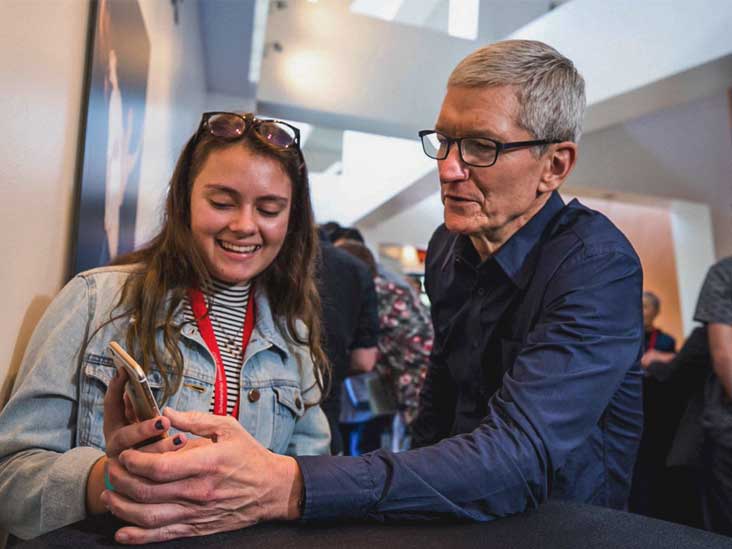 Can smartphone apps help people cope with anxiety and depression?

A 16-year-old software developer in California thinks they can.

Amanda Southworth is the young creator behind AnxietyHelper, an iPhone app designed to help people learn about and manage panic attacks, anxiety, and depression.

Inspired by her own experiences, Southworth wanted to create an easy-to-use platform for people living with these mental health challenges.

“This started for me back when I was in middle school, when I had a lot of issues regarding my own mental health, with depression and anxiety,” Southworth told Healthline.

“After I went through that, I wanted to create an all-in-one place where anybody could go and find information, resources, and tools,” she explained.

“Instead of spending hours looking on the internet,” she continued, “they could maybe spend 15 minutes perusing what I created, and they would have a solid idea of what they’re up against, how to fight it, and what they need to do next.”

How the app works

AnxietyHelper provides information about depression, anxiety, and panic attacks, as well as resources related to other mental health conditions.

“The app has different tools that allow you to deal with mental health on the go, which kind of gamifies a lot of the aspects of therapy,” Southworth said.

For example, the app’s “guided vent” feature invites users to talk through their feelings to experience emotional release.

The app can also help users locate mental health services during a crisis.

In addition to designing AnxietyHelper, Southworth is also the executive director of Astra Labs, a nonprofit software development company that she co-founded earlier this year.

Some apps are better than others

Stephen Schueller, PhD, an assistant professor of preventive medicine at Northwestern University in Illinois who studies online mental health interventions, told Healthline that some of these apps may provide useful information and support.

“There’s the potential that these apps can help reach people who wouldn’t be able to go see a professional otherwise,” Schueller said.

Due to a shortage of mental health professionals and affordable services, many people with mental illness lack access to professional care.

Additionally, some people may be reluctant or unwilling to seek professional support and prefer to self-manage their mental health needs.

It’s possible that high-quality mental health apps may provide benefits to such people, as well as those who receive professional care but want additional support.

However, it can be challenging to know which apps to choose.

“A lot of them are untested, so we don’t actually know if they work,” Schueller noted.

“There could also be really bad apps out there,” he continued. “I receive and evaluate a lot of apps, and sometimes you open them up and there’s content in there that’s not just wrong but could actually be harmful.”

Some mental health professionals also worry that users might rely on apps, when they would otherwise seek professional care.

Schueller acknowledged that’s possible, but he hasn’t seen evidence of it himself.

“I know a lot of professionals are worried that people will download these apps, not see professionals, and never go for treatment later. I think it’s possible that would occur, but that’s not borne out by my research at least,” Schueller said.

“We look at credibility. So, how much research evidence is there behind this thing, both direct and indirect? We look at the user experience. Is it aesthetically pleasing, it is easy to learn, is it easy to use? And then we look at transparency around data security and privacy practices,” Schueller explained.

This project is partnered with several mental health organizations, including the Anxiety and Depression Association of America and Mental Health America.

According to Schueller, such collaboration is important for leveraging the opportunities that technologies provide.

“There’s this really interesting potential now for someone to go through an experience, learn what helps them, and build a tool that might be able to help others,” he said.

“At the same time, we also have to make sure that what works for one person is actually generalizable and useful to others,” he continued. “As academics, professionals, and mental health providers, we need to make sure that we can help people who are developing these ideas, try to vet them, and see if these things actually do work — so we can spread the stuff that is useful and prevent the things that are not going to be helpful to people.”

More research is also needed to learn how mental health providers can best integrate mental health apps and other digital technologies into their practices.

In the meantime, Schueller encourages people who experience symptoms of mental illness to reach out to family members, friends, and health professionals for help.

“Technology might be a piece of the puzzle to help cope with some of the experiences of depression or anxiety that someone is going through, but it’s not a panacea — it’s not going to solve the whole problem,” he said.

“I think that thinking about a variety of different options usually makes a lot of sense,” he continued. “Talk with your medical provider about this, if you have a medical provider, even if they’re not a mental health professional. They can hopefully get you connected with services once they know more about what you’re going through.”