The 5:2 diet is better for diabetics than a calorie-controlled regime 7 days a week, reveals world-first study

Fasting for two days a week could help people with diabetes lose weight and control their blood sugar levels just as effectively as dieting every day, a study claims.

Experts suggest people could benefit from a 5:2 diet in which they eat normally for five days a week then limit themselves to 600 calories or less for the remaning two.

A small world-first study by scientists at the University of South Australia claims the diet could work just as well as limiting calorie intake seven days a week.

Losing weight is important in tackling type 2 diabetes, which affects millions of adults worldwide and is often linked to being overweight.

Changing diet is a common method of treating the condition because it is made worse by eating a lot of calories and fatty or sugary foods.

Fasting on two days – but not in a row – could be easier for people than limiting what they eat every day, so may have a better chance of success, the researchers say. 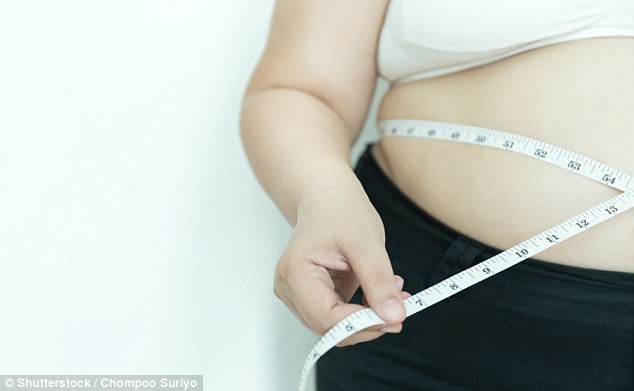 Diabetes costs an estimated £512 billion (US$673bn) a year in healthcare, according to the study’s researchers, and is a ‘health epidemic’.

Around 3.7 million people in the UK have been diagnosed with diabetes, plus 30 million Americans and 1.7 million Australians.

People with type 2 diabetes are encouraged to eat a healthy, balanced diet to help prevent their blood sugar from getting too high.

Being overweight linked to diabetes so doctors advise diet changes

What is type 2 diabetes?

Type 2 diabetes is a condition which causes a person’s blood sugar to get too high.

Over 4 million people in the UK are thought to have some form of diabetes.

Type 2 diabetes is associated with being overweight and you may be more likely to get it if it’s in the family.

The condition means the body does not react properly to insulin – the hormone which controls absorption of sugar into the blood – and cannot properly regulate sugar glucose levels in the blood.

Excess fat in the liver increases the risk of developing type 2 diabetes as the buildup makes it harder to control glucose levels, and also makes the body more resistant to insulin.

Weight loss is the key to reducing liver fat and getting symptoms under control.

It can lead to more serious problems with nerves, vision and the heart.

And patients are also advised to control how much they eat, in order to help them lose weight – obesity is a major risk factor for the condition and the two are often linked.

A build-up of fat in the liver can make it less effective at controlling crucial blood sugar levels and make the body more resistant to insulin – the cause of diabetes.

But sticking to a restricted diet for seven days a week can be difficult and people who cannot stick to one might risk making their condition worse.

Now, scientists suggest people could eat what they want for five days and eat very little at all for the other two.

In a study which compared those on the 5:2 diet to one which limited them to 1,200 or 1,500 calories a day found people in both groups lost weight and improved their blood glucose control.

On fasting days the group on the 5:2 diet were only allowed to eat 500-600 calories, but they were not restricted on the other five days.

‘Conventional weight-loss diets with daily energy restrictions are difficult for people to adhere to so we must look for alternative solutions.’ 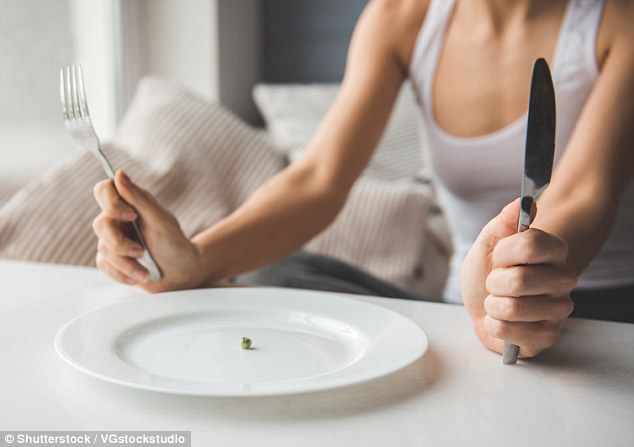 The scientists from the University of South Australia say limiting yourself to just 500 calories a day, or 600 if you’re a man, could be beneficial for diabetics – but fasting may not be safe for people who inject insulin

While fasting is safe for people with diabetes they control with their diet, people on insulin medication should take more care and consult their doctor.

The study looked at 137 Australian adults with type 2 diabetes, who had an average age of 60 and an average Body Mass Index (BMI) of 38 – indicating they were obese.

Scientists monitored the people for a year and measured their body mass and blood glucose levels to compare with their diets.

The Fast Diet, also known as the 5:2 diet, is based on the principle of intermittent fasting rather than rationing certain types of food.

People are instructed to eat a normal amount of calories for five days a week – around 2,000 calories per day for women or 2,500 for men, but this varies depending on physical activity and size – and to fast for the other two days. On fasting days men should eat no more than 600 calories and women a maximum of 500.

Dr Michael Mosley, who wrote the book The Fast Diet, says the 5:2 plan could make people lose at least a pound in weight a week.

Below is one of Dr Mosley’s example meal plans, based on the Mediterranean diet:

High calorie: 443 (double the tahini and honey and serve with flatbread)

Mix olive oil, cumin, coriander, lemon zest and juice, garlic and seasoning in a bowl then add the chicken and marinate.

Stir garlic, tomatoes and oregano together with some seasoning then spread over flatbreads. Top with slices of tomato, a drizzle of oil and feta, then bake in the oven for 8-10 minutes. Scatter basil leaves to serve.

Line a baking tray with clingfilm then pour chocolate into a rectangular shape. Sprinkle nuts, then chill in the fridge for 20 minutes until the chocolate has set. Smash into shards and serve with the yogurt drizzled over.