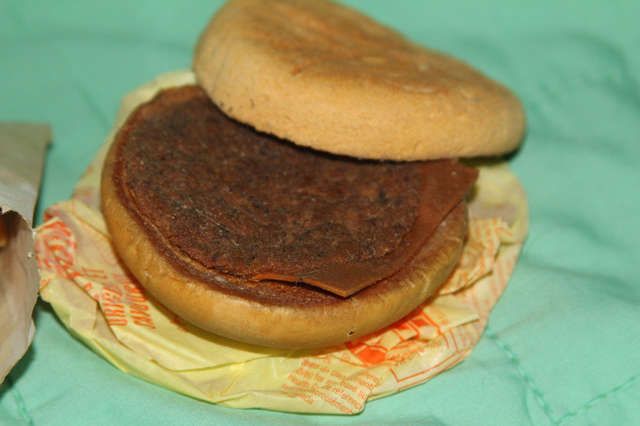 Six years ago, a farmer in Ontario bought a cheeseburger and fries from McDonald’s, put it on a shelf, and let it sit. Last week, his science experiment complete, he put the burger and fries up for sale on eBay with an opening bid of $29.99. And folks, the McDonald’s meal did not age like a fine wine. But it still looks uncomfortably edible.

Dave Alexander wanted to know if the rumors about fast food’s nearly nonexistent rate of decay were true. And they were. Gross!

“The fries are stunningly good looking. The fries look like they were purchased this morning,” he told CBC Radio. “The burger itself has darkened a little bit. The bun is about as hard as a hockey puck, but it looks just like it’s brand new cosmetically.”

The eBay posting, reading “ORIGINAL OWNER – Never eaten,” is no longer live, but as of Friday, the bidding had reached $82, Thrillist reports. Alexander clarified on Twitter that eBay had taken the post down because no expiration date was listed on the “food item.” As if anyone would want to eat it. Alexander said even the flies avoided it during its six-year aging period. We don’t blame the flies.