Tyler James Williams is opening up about the terrifying medical incident that led to his diagnosis of Crohn’s disease.

Speaking to Men’s Health, the Abbott Elementary star said he nearly died in his early 20s from a chronic disease he didn’t know he had. In late 2017, he was working nonstop and pushing his body to its limits with a rigorous workout regimen. “By the time December hit, it just crashed,” he told the magazine. “Everything shut down.”

Williams was experiencing severe stomach pain and struggling to keep food down, which are textbook symptoms of Crohn’s. He went to the hospital and couldn’t even take the colonoscopy prep solution. His doctor ended up ordering X-rays instead, which revealed serious inflammation in his bowels and led to his diagnosis.

The actor’s bowls were so damaged, he had to get emergency surgery on his lower intestine. But his intestines were so weak that they perforated, and he went into septic shock.

Williams lived to tell the tale, but the experience was harrowing, he recalled: “The last thought I had was Holy shit, this could be it. If this is it, I’m not happy. I worked a lot. I did a lot of things. I didn’t enjoy any of this. This can’t be it.” Post-surgery, he had to wear an ostomy bag and live off of intravenous foods for several months.

What is Crohn’s disease?

Williams is one of the estimated 3 million Americans who suffer from an inflammatory bowel disease (IBD) like Crohn’s. It can occur at any age, but people are usually diagnosed between the ages of 20 and 30. This chronic autoimmune illness is characterized by severe swelling of the gastrointestinal tract, which impedes your ability to digest food normally. 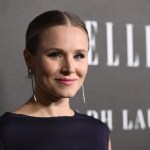 The causes of Crohn’s aren’t yet well understood, although research suggests it could be linked to genetic and environmental factors. It affects women and men equally.

Symptoms of Crohn’s include persistent diarrhea or vomiting, rectal bleeding, abdominal cramps or pain, and the urgent need to move your bowels. Over time, this can cause weight loss, loss of appetite, fatigue, and delayed growth in children and teens.

Since Crohn’s is a chronic disease, patients tend to experience flare-ups, or periods where symptoms are more active. These can be brought on by stress, dietary changes, or infections. With proper treatment, the severity of these symptoms can be drastically reduced. Protocols are highly individualized but usually include some combination of anti-inflammatory medication, diet and nutritional changes, or surgery to remove any intestinal obstruction.

He isn’t the only celebrity to swear by weed for Crohn’s, either. SNL comedian Pete Davidson also credits it with increasing his appetite.

Ultimately, living with Crohn’s has forced Williams, now 30, to cultivate a healthier relationship with his body.

“The important thing for me, and those like me, to remember is that longevity is a big part of the game,” he added. “If you can’t [stay strong] and be healthy, there really is no point.”

Read these powerful quotes to inspire healthier attitudes around food: