Being tall may protect you from type 2 diabetes: Every four-inches ‘lowers the risk of the silent killer by up to 40% because their bodies process glucose better’

Tall people may be protected against type 2 diabetes, research suggests.

Each additional four inches (10cm) in height lowers the risk of developing the condition by 41 per cent for men and a 33 per cent for women.

The researchers – from the German Institute of Human Nutrition Potsdam-Rehbruecke – believe this is because short people have a higher liver fat content, blood pressure and inflammation.

And tall people have greater insulin sensitivity and more efficient beta cells – a type of cell found in the pancreas which make insulin. 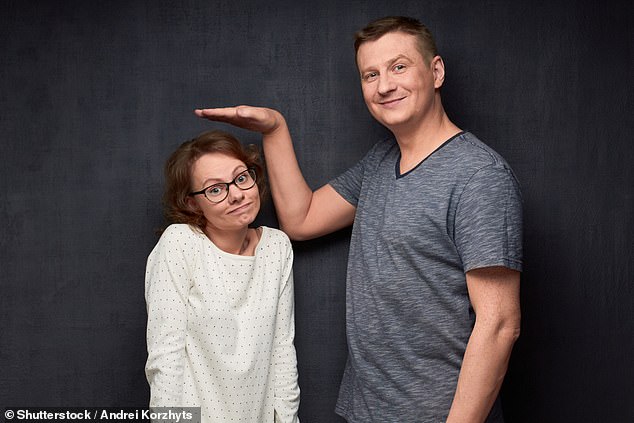 Tall people may be protected against type 2 diabetes, with each additional four inches (10cm) in height lowering the risk of developing the condition by 41% for men and a 33% for women

The researchers, who tracked 28,000 people, said height was a ‘useful predictive marker’ for diabetes risk.

WHAT IS TYPE 2 DIABETES?

Type 2 diabetes is a condition which causes a person’s blood sugar to get too high.

More than 4million people in the UK are thought to have some form of diabetes.

Type 2 diabetes is associated with being overweight and you may be more likely to get it if it’s in the family.

The condition means the body does not react properly to insulin – the hormone which controls absorption of sugar into the blood – and cannot properly regulate sugar glucose levels in the blood.

Excess fat in the liver increases the risk of developing type 2 diabetes as the buildup makes it harder to control glucose levels, and also makes the body more resistant to insulin.

Weight loss is the key to reducing liver fat and getting symptoms under control.

It can lead to more serious problems with nerves, vision and the heart.

Writing in the Diabetologia medical journal, they said: ‘Part of this inverse association may be driven by the associations of greater height with lower liver fat content and a more favourable profile of cardiometabolic risk factors, specifically blood fats, adiponectin and C-reactive protein.’

The authors also said that the increased risk in shorter individuals may be due to higher liver fat content and a ‘less favourable profile of cardiometabolic risk factors’ – such as blood pressure.

They added: ‘Our findings suggest that short people might present with higher cardiometabolic risk factor levels and have higher diabetes risk compared with tall people.

‘Our study also suggests that early interventions to reduce height-related metabolic risk throughout life likely need to focus on determinants of growth in sensitive periods during pregnancy, early childhood, puberty and early adulthood, and should take potential sex-differences into account.’