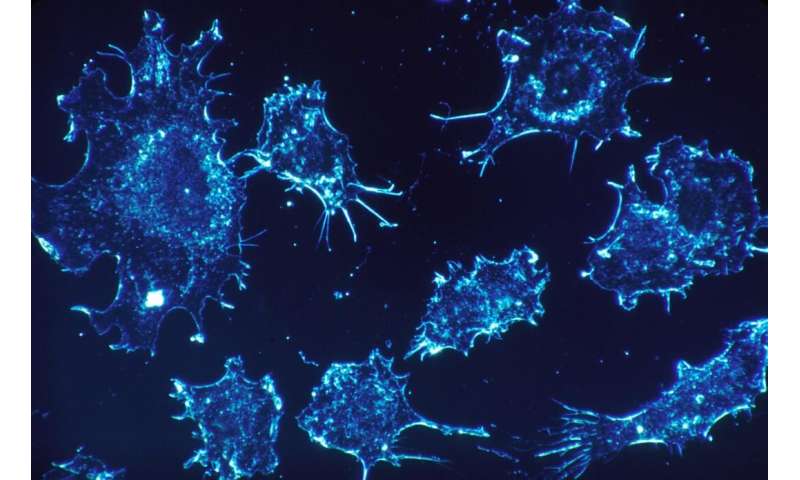 An international consortium of researchers from Australia, Ireland, the UK, Europe, and Canada, has painstakingly mapped an intracellular network that could open the door to discovering new targeted treatments for colorectal cancer.

The team focused on interactions between proteins along what’s called the EGFR network. They performed more than 1100 analyses, mapping more than 6000 protein interactions.

“The EGFR network is the key cellular pathway that controls how cancer cells survive and grow in colorectal cancer,” Professor Lynn says.

“Our team was particularly interested in how this network is rewired within particularly nasty colorectal cancer cells that contain a mutated protein called KRAS.”

The research, published today in Nature Communications, indicates the web of interactions is substantially altered within those cells.

“You can think of it like the effect of closing a major airport would have on international flight networks—flights would have to be diverted via different routes,” he says.

“Colorectal cancer patients are often treated with drugs that block this pathway but unfortunately up to 40 percent of patients develop a mutation in the KRAS protein. The mutation causes this network to remain ‘on’ the whole time, making their cancer resistant to this drug treatment.”

“The most significant changes we saw involved proteins that were predictive of colorectal cancer patient survival. This suggests that these proteins are really important in colorectal cancer and further research is now need to understand whether drugs to target these changes can be developed,” Professor Lynn says.