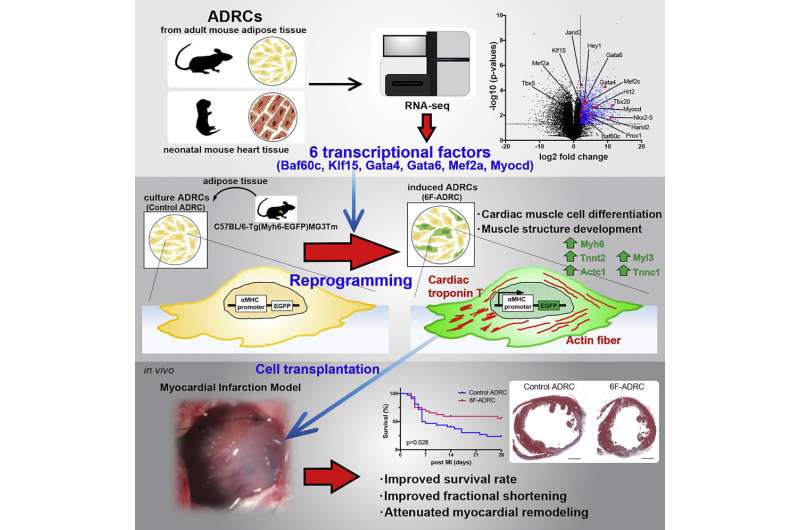 A researcher at the University of Houston College of Pharmacy is reporting an effective protocol for reprogramming human heart cells into specialized cells that conduct electricity throughout the heart to enable rhythmic heartbeat and repair diseased hearts. Bradley McConnell, professor of pharmacology, is the first to demonstrate the process and is reporting it in iScience.

It could be a massive breakthrough.

Currently, there are no treatments for cardiac cell death, the underlying basis of cardiovascular disease (CVD), which remains the leading cause of death globally. By 2035, CVD prevalence is expected to increase to 45.1% (more than 130 million people) in the U.S. while the financial cost is projected to increase by more than $131 million over the next two decades, reaching an astounding $1.1 trillion.

McConnell examined an alternative and unexplored cell type in cardiac regeneration: The cardiac Purkinje cells, which are specialized cells from the cardiac conduction system (CCS) responsible for electrical signals that enable the heart to contract and relax synchronously.

The results indicate that it may restore the efficiency of electrical signal conduction, resulting in improvements in cardiac function.

“We are the first to demonstrate the successful direct reprogramming of human cardiomyocyte cell lines (AC16-CMs and iPSC-CMs) into Purkinje-like cells using a unique cocktail of small molecules,” reports both McConnell and the first author of the study, Nicole Prodan, a doctoral student while in the McConnel lab. “Direct reprogramming is a technique that produces an epigenetically unstable ‘plastic’ state on the cells to facilitate the conversion of a fully differentiated and matured cell into a different new cell type.”

While several pharmacological treatments are currently available for heart failure, they do not prevent, cure or improve myocardial cell death and fibrotic scar formation, which are the main contributors to provoking heart failure.

“The only cure is a heart transplant, which is unfortunately scarce,” said McConnell.

Cell therapy for cardiac regeneration has been proposed as an alternative treatment to pharmacological agents. Unfortunately, so far, the focus has been placed on replacing cardiac muscle cells (myocytes) in injured hearts, which has not been enough to ameliorate symptoms or cure the problem.

“This is because often the cardiac myocytes implanted cannot be electrically activated in synchrony by the recipient’s heart and will contract at a different pace from the rest of the heart, inducing arrhythmias,” said McConnell.

The study may not only help to advance the quest to find an optimized cell therapy for heart regeneration, but also has the potential to be used for the development and investigation of new pharmacological therapies for heart diseases.