Patients with eating disorders are dying because doctors have a ‘serious lack of training’ and only spend a few hours learning how to treat them, MPs warn

Patients with eating disorders are dying because doctors have a ‘serious lack of training’, MPs have warned.

Training on eating disorders in medical school is limited to just a few hours, according to a damning report.

GPs are often the first port of call for healthcare but MPs found there is a lack of understanding of the nature of mental health disorders such as anorexia and bulimia.

Evidence also shows people with eating disorders face a postcode lottery for the quality of care they get and waiting lists that are ‘unacceptably long’.

The report added that the NHS has failed to act on the issues which were addressed two years ago, which could have caused unnecessary deaths.

MPs are urging the NHS to learn from serious incidents such as that of Averil Hart, a 19-year-old who died of anorexia after a series of failings in her care. 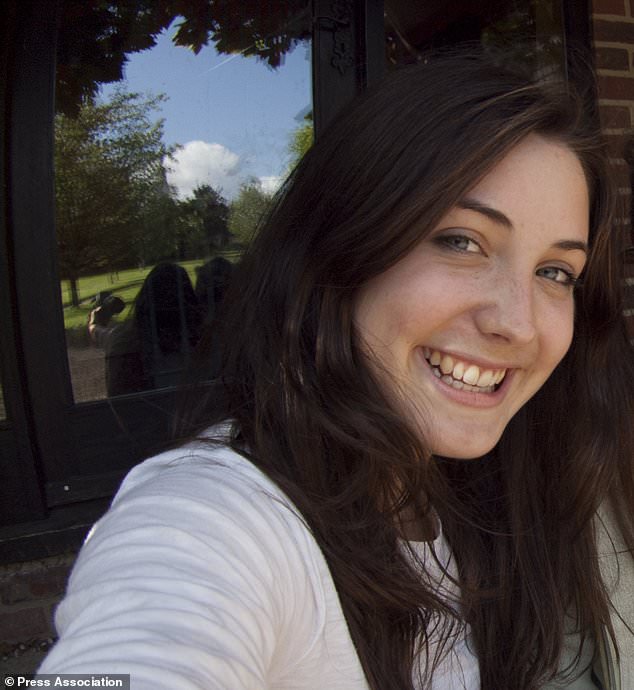 Patients with eating disorders are dying because doctors have a ‘serious lack of training’, MPs have warned. It comes seven years after Averil Hart, 19, was let down by every part of the NHS, according to the Parliamentary and Health Service Ombudsman, when she died of anorexia 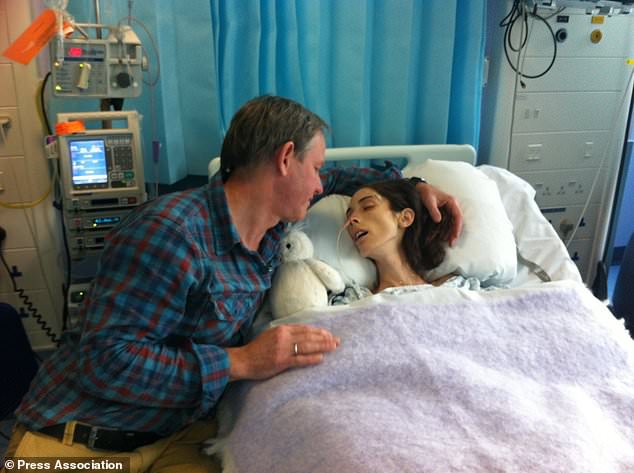 Training on eating disorders in medical school is limited to just a few hours, according to a damning report by MPs. Averil Hart just before her death in 2012

The Public Administration and Constitutional Affairs Committee (PACAC) publication follows a report in 2017.

The Parliamentary and Health Services Ombudsman’s (PHSO) report two years ago highlighted key areas of improvement on the basis that eating disorder services are ‘an area of care that is at risk of failing its patients’.

But not enough action has been taken since, experts say, risking avoidable deaths.

The chair of the committee, Sir Bernard Jenkin MP said: ‘We cannot risk any more avoidable deaths from eating disorders.

‘Eating disorders are complex mental and physical health illnesses and deserve dedicated training, specialist care and a commitment from the NHS to learn from its own mistakes.

‘My Committee found serious failings in NHS care for people with eating disorders.’

In 2017, the General Medical Council was advised to review its training for doctors on eating disorders.

Many doctors focus predominantly on using body mass index (BMI) as the sole indicator of whether treatment should be offered, which goes against the National Institute for Health and Care Excellence (NICE) guidelines.

PACAC said training for doctors amounts to little more than a couple of hours, according to a study.

A survey by eating disorder charity Beat on junior doctors in 2017 and 2018 revealed some ‘stark responses’.

Patients often experience unacceptably long waiting times when transitioning from child to adult mental health care at the age of 18 while leaving school or going to university.

The committee said it was extremely concerned to hear that some patients are discharged from eating disorder inpatient care without a guarantee they had recovered.

It found there is no precise information on the prevalence of eating disorders available from the NHS despite them having the highest death rates of all mental illnesses.

Some studies suggest up to 1.25million people may be suffering from eating disorders throughout the UK, the report said, while other figures estimate 600,000.

The report also slammed the NHS for failing to investigate and learn from serious incidents to ensure circumstances leading to avoidable deaths do not reoccur.

The PHSO Report in 2017, ‘Ignoring the Alarms: How NHS eating disorder services are failing patients’, followed the investigation into the death of Averil Hart and two others known as Miss B and Miss E.

Nic Hart, father of Averil Hart, who died from anorexia at the age of 19, had been in constant correspondence with over six organisations before any formal investigation was launched into Averil’s death.

‘The Government needs to adopt a sense of urgency to stop this problem from spiralling, and my Committee is calling for swift action to address deficiencies in care.’

Adults with eating disorders in some parts of England have to wait, on average, more than 10 times longer for treatment than in other areas.

Waiting times at one eating disorder service averaged at five-and-a-half months, while another service had average waiting times of two weeks.

Nationally, almost one in five adults have to wait for more than four months to begin treatment, at a time when they may be feeling suicidal or at severe risk of their illness worsening, the charity said.

WHO IS AVERIL HART?

Averil Hart, 19, starved to death because she suffered with anorexia. 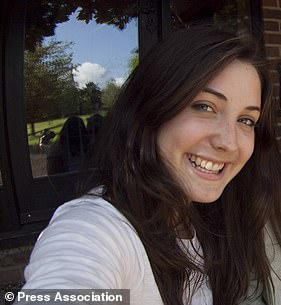 Averil Hart, 19, suffered from anorexia for three years before her death

The former grammar school pupil was found collapsed in her university room after losing 2st – nearly a third of her body weight – in less than three months.

Miss Hard was studying a creative writing degree at the University of East Anglia when she died on December 15, 2012.

The Parliamentary and Health Service Ombudsman said Averil was let down by every part of the NHS that should have cared for her in a 2017 report.

Doctors had not properly tracked her weight or her mental health, and after she was rushed to A&E, two hospitals made basic blunders that accelerated her death.

The investigation found inadequate co-ordination and planning of the teenager’s care during a particularly vulnerable time in her life, as she was leaving home to go to university.

Crucial emails relating to Miss Hart’s care were deleted in an apparent cover-up, and complaint handling by the two hospitals was so poor that it was defined as ‘maladministration’.

When Averil’s family, from Sudbury in Suffolk, raised concerns about the care she had received, the NHS response was ‘piecemeal’ and ‘appeared evasive’, the report found.

The four NHS bodies refused to take responsibility for the tragedy and instead were ‘defensive and protective of themselves’, the report says.

Ombudsman Rob Behrens warned that the case was only one example of ‘widespread problems with adult eating disorders services in the NHS’.