Where you LIVE could make you 21 TIMES more likely to have to wait more than four-and-a-half months for NHS treatment – so how does your hospital fare in the postcode lottery?

Where you live could make you up to 21 times more likely to have to wait more than four-and-a-half months for NHS medical treatment.

Almost two thirds of hospitals are failing to meet the NHS’s national target of treating 92 per cent of patients within 18 weeks of being referred by a doctor.

Some 94 out of 146 hospital trusts are falling short of the target, according to official figures, leaving thousands of people waiting months for treatment.

Northern Lincolnshire and Goole is the worst performing trust by this measure, treating just 70.2 per cent of patients within the 18 week target time.

And thousands of people are waiting to be treated all over the country – one hospital in London has more than 91,000 people who are waiting for medical help.

At the other end of the scale, The Christie in Manchester treats 98.6 per cent of its patients within four-and-a-half months, and the Royal Marsden in London manages 98.5 per cent.

People may be risking their health in a postcode lottery in which how quickly they get healthcare depends on where they live – see how your hospital fares in the table below. 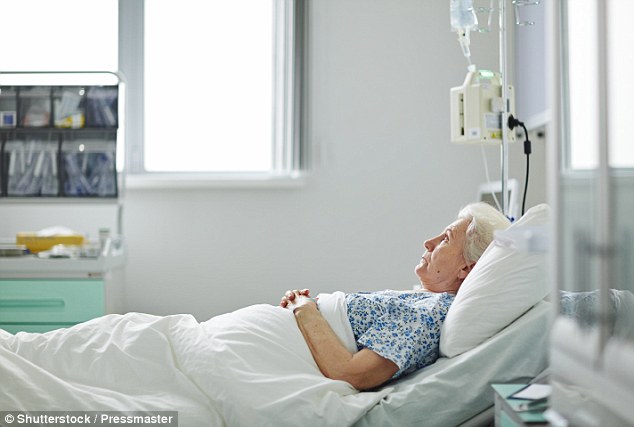 Waiting time figures released by NHS England yesterday reveal around a third of NHS hospital trusts are meeting national targets – 52 of the 146 for which there are data.

Nationally, only 88.1 per cent of patients are being seen within the Government’s waiting time target.

And some are treating far fewer than the 92 per cent the health service is aiming towards.

Nine trusts treated fewer than 80 per cent of their patients within 18 weeks of them being referred by a doctor.

In some places more than a quarter of people were left waiting for more than four-and-a-half months after being diagnosed before they could start treatment.

But there are also dozens of hospitals beating the national target, and people living in parts of Manchester and London are almost certain to be treated on time.

Wirral is in both the top and bottom ten – the university teaching hospital is the second worst performing in the country but its Clatterbridge Cancer Centre is the fourth best.

Hundreds of thousands are waiting to start treatment

The figures show hundreds of thousands of people across England are waiting for medical treatment, and more than one in ten of them will have to hang on for more than 18 weeks.

In May this year some 91,783 patients were waiting for treatment from Barts Health Trust and 76,116 at King’s College Hospital – both of which are in London.

And more than 200,000 will wait for more than six months before getting the help they need.

‘Waiting patients will be in pain and discomfort’

Susan Hill, senior vice president of the Royal College of Surgeons, said: ‘It is extremely stressful for patients and their families to have to wait this long.

‘These patients will be in severe pain and discomfort, possibly unable to work or carry out daily tasks.

‘Not enough has been said about how the NHS plans to deal with the backlog of patients that built up over last winter.

‘Hospitals must get their waiting lists under control before the next winter creeps up and we find ourselves in an even worse position.’