Health bosses have given the green light to a radical treatment which shrinks the prostate with high-powered jets of water.

New guidance by health watchdog Nice approves use of Aquablation therapy as an alternative to traditional surgery.

The approach is the latest in a series of non-invasive options for the treatment of enlarged prostate, which affects half of all men over the age of 50.

Trials have shown that Aquablation comes with fewer side effects than conventional surgery, which often spells an early end to a man’s sex life.

An enlarged prostate commonly causes repetitive night-time visits to the bathroom. Many men find that having rushed out of bed, they cannot urinate after all.

This problem is caused by benign prostatic hyperplasia – or BPH – in which an overgrown prostate presses into the bladder and blocks the urethra, the vessel through which it empties. 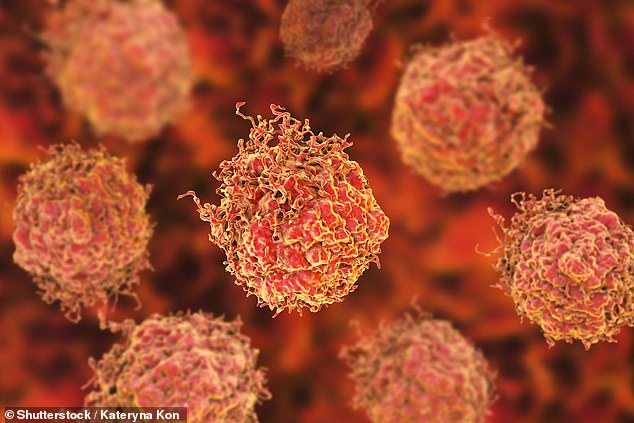 In extreme cases, men find they cannot urinate at all, leading to a dangerous build-up of toxins that can cause severe kidney problems.

Every year more than 18,000 men undergo a painful operation to relieve the problem in the UK, which involves removing part of the prostate.

The conventional operation – called transurethral resection of the prostate or TURP – is effective but comes with side effects which can include loss of sexual function, bleeding and incontinence.

The new treatment reduces the risk of these side effects by using a robotic system which fires water at the prostate from within the urethra, killing a few millimetres of tissue which is then removed.

Because it is automated, it is easier to teach surgeons to conduct the procedure and the risk of errors is minimised.

Patients typically require a single night in hospital to recover – compared to two or more for TURP.

Louise de Winter, chief executive of The Urology Foundation, said: ‘This is excellent news and we are glad that NICE has reached this recommendation.

‘Aquablation is a new, heat free, waterjet therapy to treat BPH that is much less invasive and has fewer side effects.

‘With that in mind, it’s gratifying to see that, after thorough international trials, Aquablation is now being recommended for men in the UK and will give men a better chance at retaining full and active sex lives after BPH.’

Treatment for enlarged prostate has radically improved in the last two years, with a number of new options available that reduce side effects.

The Daily Mail revealed last month the NHS had approved a five-minute treatment in which steam is inserted into the prostate.

And earlier this year hospitals started using another treatment – called prostate artery embolisation – in which blood supply to the prostate is blocked with tiny plastic beads into an artery.

The latest jet water treatment, which costs £9,000 privately, has been used on relatively few patients in trials, so NICE advised that it be used cautiously at first while further data is gathered.

But initial results of trials in Cambridge, Surrey and Bridgend show it comes with fewer side effects than TURP, cutting the chance of erectile dysfunction and incontinence.

‘It uses robotics and computer imagining for the treatment of benign prostatic hyperplasia and may offer some advantages over standard treatments including the better preservation of sexual function.

‘However, at present there is not enough evidence, particularly of long term efficacy to recommend it for routine use in the NHS and so we have encouraged further collection of data and we will update the guidance once this is published.’

WHAT IS PROSTATE CANCER?

How many people does it kill?

It means prostate cancer is behind only lung and bowel in terms of how many people it kills in Britain. In the US, the disease kills 26,000 each year.

Despite this, it receives less than half the research funding of breast cancer – while treatments for the disease are trailing at least a decade behind.

How quickly does it develop?

Prostate cancer usually develops slowly, so there may be no signs someone has it for many years, according to the NHS.

If the cancer is at an early stage and not causing symptoms, a policy of ‘watchful waiting’ or ‘active surveillance’ may be adopted.

Some patients can be cured if the disease is treated in the early stages.

But if it diagnosed at a later stage, when it has spread, then it becomes terminal and treatment revolves around relieving symptoms.

Thousands of men are put off seeking a diagnosis because of the known side effects from treatment, including erectile dysfunction.

Tests for prostate cancer are haphazard, with accurate tools only just beginning to emerge.

There is no national prostate screening programme as for years the tests have been too inaccurate.

Doctors struggle to distinguish between aggressive and less serious tumours, making it hard to decide on treatment.

Men over 50 are eligible for a ‘PSA’ blood test which gives doctors a rough idea of whether a patient is at risk.

But it is unreliable. Patients who get a positive result are usually given a biopsy which is also not foolproof.

Scientists are unsure as to what causes prostate cancer, but age, obesity and a lack of exercise are known risks.

Anyone with any concerns can speak to Prostate Cancer UK’s specialist nurses on 0800 074 8383 or visit prostatecanceruk.org