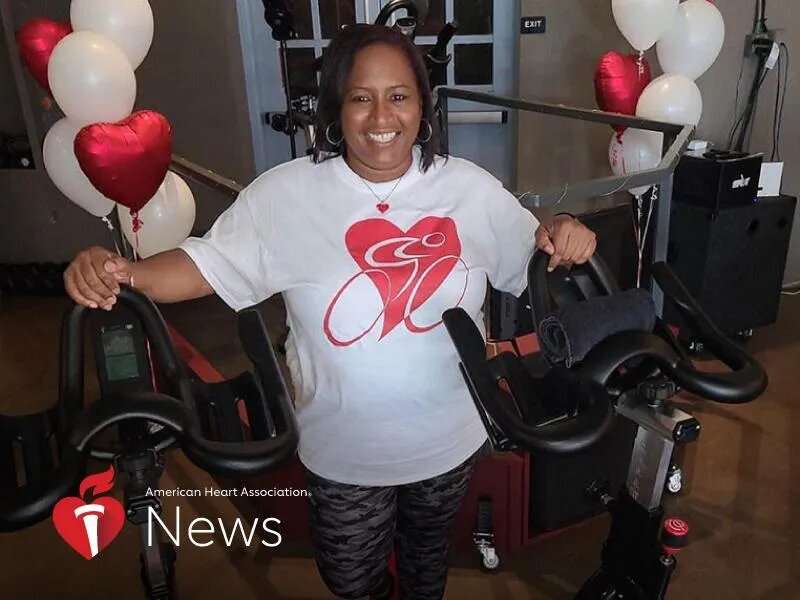 Exhausted at the end of a workday, Dawn Turnage plopped into a comfortable chair on her patio to soak up some sun before going to bed early.

Her phone buzzed. It was a FaceTime call from her sister, April Washington.

Washington was calling because her 2-year-old daughter, Naomi, wanted to talk to “Aunty Dawn”—or “TeTe,” as the youngster calls her.

As much as Turnage enjoyed chatting with her niece, the timing was terrible. She had felt so wiped out on her drive home from work that she’d called a friend to make sure she wouldn’t fall asleep.

For more than a week, Turnage had been dealing with extreme exhaustion and nonstop headaches. During the day, she’d chug sodas, hoping they would perk her up and diminish the pain in her head. They didn’t.

She also had been dropping things, and her vision had worsened. Sometimes her computer screen was blurry or too dark. She ordered a glare guard and planned to have her vision checked.

Turnage blamed her problems on a stressful schedule. At the time, she had two jobs, one during the week with the housing authority in Columbus, Ohio, and on the weekend with the parks and recreation department in Westerville. (She has since moved to Youngstown.) The stress led her to overeat, and she’d gained weight—something else she blamed for her fatigue. She knew the added weight wasn’t helping control the high blood pressure she’d been diagnosed with a year before.

So surely she could handle a few minutes chatting with her niece.

“TeTe, why is your face crooked?” Naomi asked.

“What do you mean?” Turnage asked.

Washington, a physician assistant, heard her daughter and went to see for herself. Sure enough, the right side of Turnage’s mouth was turned down, making her face look lopsided. Factoring in Turnage’s high blood pressure and other issues, Washington feared her sister was having a stroke. Her husband called their other sister, Damika Withers, who lived near Turnage, to help.

Turnage—who did not have the slurred speech that’s common with a stroke—insisted they go to urgent care. There, Turnage was told she likely had Bell’s palsy, which can cause temporary facial weakness.

Withers texted the information to Washington. She then called the clinic to make sure they knew the full story, including all of Turnage’s recent issues. Given this new information, the doctor reconsidered the diagnosis. He told Turnage she could be having a stroke.

“I’ve just been tired is all,” Turnage said. She was only 44. To her, a stroke happened to older people.

Turnage was transported by ambulance to the hospital. After running tests, doctors told her she’d had several TIAs, or transient ischemic attacks. These occur when a clot blocks blood flow to the brain for a short time.

Everyone at the hospital told Turnage how lucky she was to not have lasting complications from the “mini-strokes,” which can be a warning sign of a full-blown stroke.

Turnage took it as a wake-up call.

“I kept thinking back to what could have happened and thanking God that I am still here,” she said. “I felt like, this is it. I’ve got to take better care of myself.”

Right away, she changed her diet and began walking regularly. She soon began losing weight.

In 2018, she took a job as head of the parks and recreation department in Youngstown, Ohio, becoming her hometown’s first African American female to hold that title. While the job is demanding, the pace is more manageable than her previous two-job workload.

Early in the COVID-19 pandemic, Turnage fell out of her exercise routine. Last summer, she renewed her efforts to exercise, including indoor cycling classes twice a week, and started making healthier meal choices. Because self-care is important to her, she gets massages twice a month and makes sure to get enough sleep.

“I try to listen to my body, and it started saying, “Dawn, you’re going down the wrong road,'” she said. “I don’t ever want to get to that place again.”

She’s also on a mission to educate others, especially underrepresented racial and ethnic groups. The prevalence of high blood pressure among Black people in the U.S. is among the highest in the world, according to American Heart Association statistics. They have disproportionately higher rates of more severe hypertension and it develops earlier in life—statistics related to historical and systemic factors.

“It’s important to me that the African American community is aware of their health,” she said. “They need to have screenings and know what their numbers are as well as know the warning signs for cardiovascular disease.”

In her job, she maintains the daily operations and beautification of green spaces as well as park facilities. She’s proud to play a role in improving her community’s health. She further expanded her reach by being elected to the Youngstown City School Board. Keeping younger people active and healthy is one of her top priorities.