Hospital patients should volunteer and give back to the NHS to make it ‘work so much better’, head of watchdog urges

Hospital patients should give back to the NHS by volunteering when they are better, according to the head of a watchdog.

Sir Robert Francis, who today took charge of Healthwatch England, said more people should be offering their help for free to the health service.

The 68-year-old added the NHS would ‘work so much better’ if everybody did their bit.

But, Sir Robert stressed, volunteers must not be expected to make up for short-staffing or to do the work of paid employees. 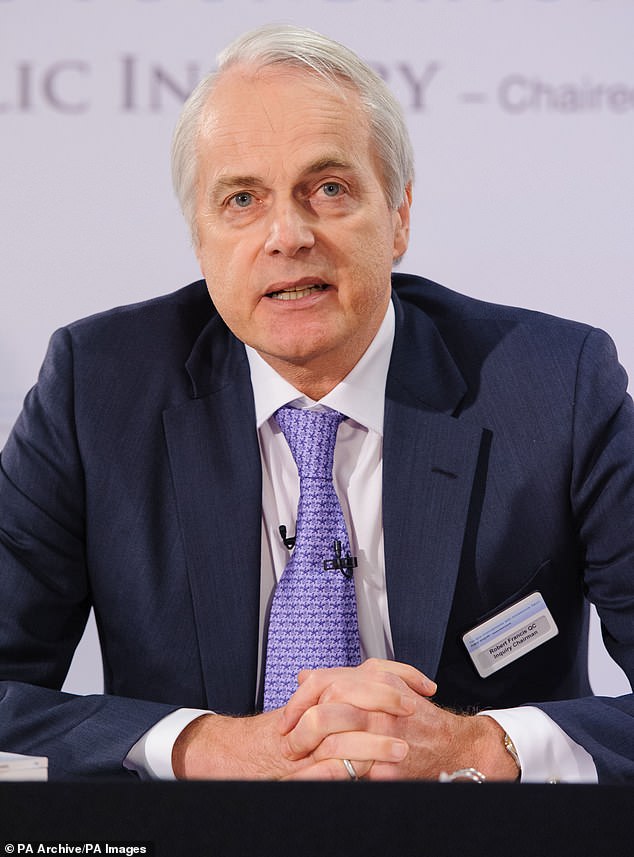 Sir Robert Francis, a barrister specialising in medical law and the president of the Patients’ Association, says more patients should volunteer for the NHS and believes many would be willing to do if they were given the opportunity

Sir Robert is a barrister specialising in medical law who sits on the board of the Care Quality Commission and is the president of the Patients’ Association.

In an interview with The Times today, he called for people to volunteer and create an ‘army of the willing’ to improve the NHS.

He said local branches of Healthwatch should encourage people to get involved, and hospitals should not be afraid to reach out to people on social media to ask for help.

And he admitted that, in the past, efforts to recruit volunteers may have been ‘deadened’ by being ‘over-organised’.

Sir Robert, who led the inquiry into the Mid Staffordshire Hospital Scandal, said: ‘We need to stop thinking of ourselves as passive recipients of a service.

Official figures showed in February that 41 per cent – around 10,000 doctors – are 50 or over and are expected to quit within the next five to ten years.

And 2.5 million patients are at risk of their local GP surgery closing because so many are relying on doctors who are close to retirement.

At the same time, fewer young doctors are choosing to specialise as GPs and are opting for other career paths as surgeons or specialists.

Many GPs are retiring in their 50s, moving abroad or leaving to work in the private sector, increasing the pressure on those who still work in the sector.

Appointment waiting times are getting longer and more people are going to A&E for minor illnesses because they can’t see a doctor.

Despite an NHS a plan to recruit 5,000 extra GPs by 2021, numbers of family doctors are falling.

And 762 GP practices across the UK could close within the next five years, according to the Royal College of Nursing.

Rachel Power, chief executive of the Patients Association, last week told The Times: ‘This is a desperate situation with potentially serious consequences for patients.’

‘This is our service, which we have a right to, [but] it would work so much better if we all took part in improving it.

‘If even a tiny percentage of the millions of people who go through the health service took up that offer, you’d have something more. People have immense skills that the NHS could use for free.’

He added patients would likely be willing to do their part if they were offered the opportunity to give something back.

But he said this was not a way to find more staff to run hospitals.

‘No one is going to replace the skills of nurses, doctors, hospital porters and everyone else,’ Sir Robert said.

Figures released in July showed the number of jobs being advertised for nurses and midwives is rising, suggesting a worsening staff shortage.

The Royal College of Nursing called the figures ‘very worrying’ and warned there aren’t enough nurses to provide safe care for people.

Job ads for health scientists and therapists and radiographers also rose, but there was a lower demand for admin staff.

Chief executive of the Patients Association, Rachel Power told The Times: ‘The potential for volunteer roles is substantial not only in hospitals but throughout the NHS.

‘It increasingly feels like the time is ripe for a large-scale debate on how this relationship might develop.’