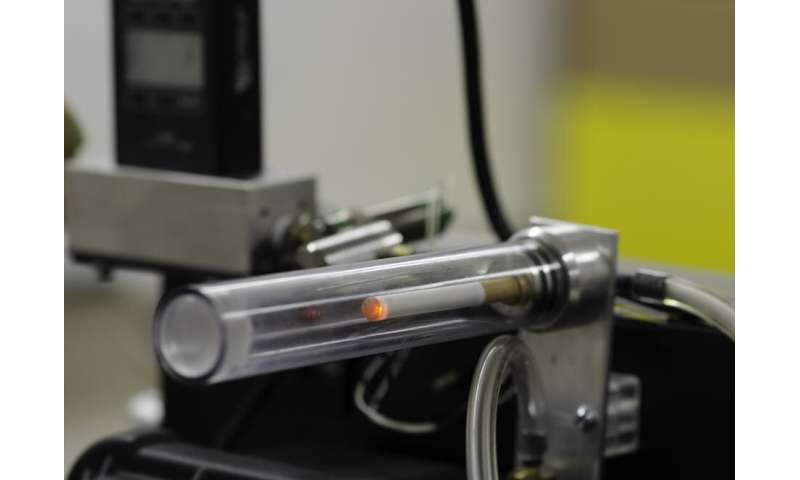 Six vaping-related deaths and hundreds of illnesses had been reported as of Sept. 10, 2019. On Sept. 11, 2019, the Trump administration called for banning most flavored e-cigarettes because of their huge appeal to young people. While lifetime smokers who use e-cigarettes to quit worry such a ban would undermine their success at cutting down on cigarettes.

The Centers for Disease Control and Prevention is looking closely at the different flavored nicotine juices and other substances users may be vaping in e-cigarettes to determine how the aerosol might be affecting users’ lungs.

In addition to how flavors affect e-cigarette usage, there’s much more that researchers need to know. These devices have a short history. As an engineer who studies how people use tobacco products, I believe that users’ behavior is key to understanding the positive and negative health effects resulting from e-cigarettes. After all, their intent was to help people stop smoking, the number one cause of preventable death in the U.S.

The way users puff, how long they puff and what they puff all play a role. We do not yet know how this behavior affects how much of each substance vapers consume over the course of their daily lives, but we have reason to believe it is significant.

Many are skeptical that e-cigarettes will reduce death rates related to smoking. Historically safer cigarettes have not delivered on a similar promise. After the U.S. surgeon general declared smoking harmful in 1964, smokers who could not quit migrated to what were then considered low-yield cigarettes, marketed as safer and having less tar than regular cigarettes.

But the wide use of low-yield cigarettes did not lower death rates for smokers. Cases of squamous cell lung cancer did decrease after the surgeon general’s warning, but another type, adenocarcinoma, increased.

Engineering models suggest that changes in smoke characteristics combined with smokers’ compensating behaviors changed where the particles deposited in the lung played a role. Smokers may have consumed more smoke to maintain their addiction. Different cancer types originate in different lung locations. The thought is that smokers changed their behavior, and in doing so, may have traded one type of cancer for another.

How did we miss this?

Traditionally, cigarettes were tested in a laboratory, using smoking machines—not a smoker – using an industry standard protocol established in 1966. Research later revealed that this “mechanized smoking” does not represent realistic behavior and so did not represent realistic exposure to harmful constituents. The former standard (FTC/ISO puffing protocol) was repealed in 2008, with the hope that a new, more realistic standard would take its place.

Now, thanks to a law passed in 2009, tobacco product manufacturers cannot claim reduced risk without scientific evidence. Researchers like me are applying lessons learned from the low-tar debacle and generating scientific evidence to understand the true health impact of e-cigarettes.

Since e-cigarettes entered the market in Europe in 2006, demand increased from those hoping to quit cigarettes to those who have never smoked, including an unusually high number of young people. This has raised concerns. Is vaping a gateway for youth to start smoking? Do young people use e-cigarettes in a different way than adults?

In June, 2019 the FDA released guidelines for e-cigarette manufacturers, recognizing the significant role behavior plays in determining whether or not a product poses a health threat. The guidelines call for an assessment of how individual users consume the product, including such things as the number of puffs, puff duration, puff intensity, puff duration and the frequency of use.

This behavior data is very important for many reasons. Users may adopt a behavior that nullifies any anticipated health effect based on lab tests. A puff generated in the lab may contain less nicotine, but the user may simply take more puffs during the day to achieve their nicotine addiction, and so consume more toxins than expected. 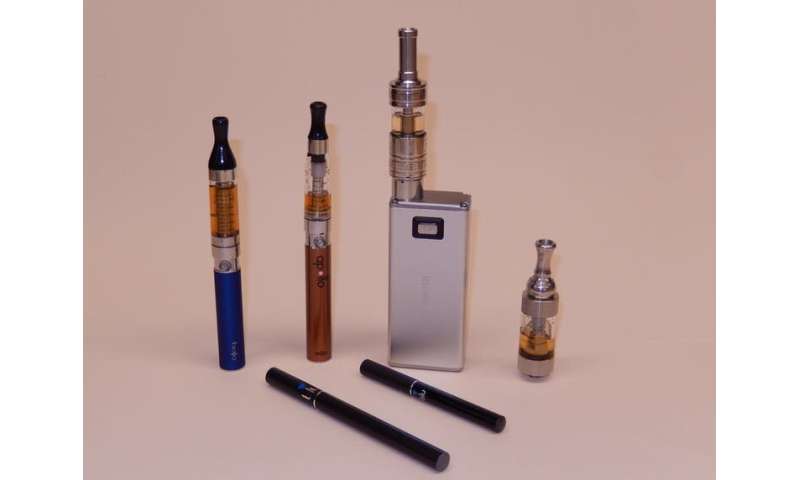 Researchers and physicians also need to know what substances are being vaped and also various device designs. The FDA maintains a list called harmful and potentially harmful constituents, or HPHCs, based on data related to traditional cigarette smoking, but less is known about the effect of product designs. Users can tamper with the various modular devices, which could change their effects. Teens may be particularly likely to toy with devices.

The FDA is currently updating the list to include ingredients that might be found in e-cigarettes. Nicotine is already on the list, as well as various metals and other non-nicotine substances.

The liquids used to deliver the nicotine could be a problem. The base [e-liquids], typically made of a combination of vegetable gylcerine and propylene glycol, may alone cause inflammatory response in the lung, even if flavor additives are banned.

And with regard to flavors, it is important to understand that the toxicity of a substance may be different if it is inhaled versus ingested. For example, vanilla flavoring may be deemed safe for eating, but it may not be safe for vaping. Some flavorings decompose when heated and generate molecules that are not in the base e-liquid.

Would reducing the intake of flavorings also reduce harmful effects? And how much of these additives can be consumed before harmful effects materialized? Or, alternatively, how much must be reduced before health benefits can be realized?

By reenacting vaping behavior in the lab, those of us who study design and behavior can better understand the nature of the constituents being consumed.

What have we have found so far?