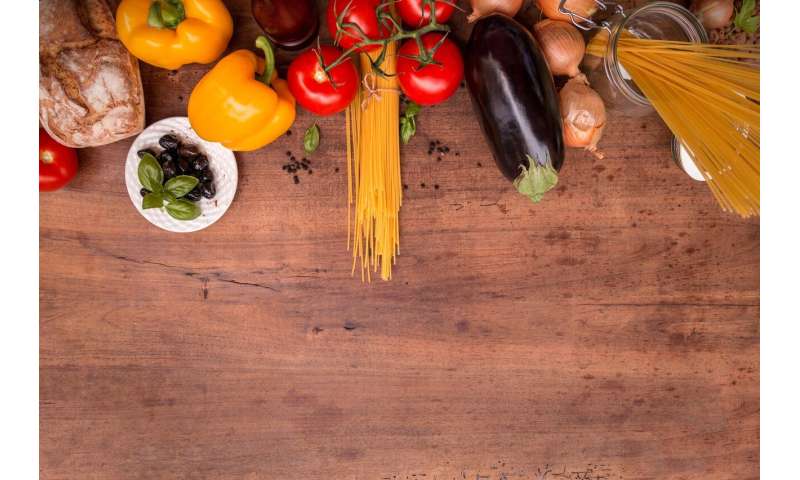 They’re touted as providing a healthier alternative to convenience foods, but how do these kits stack up nutritionally?

“We wanted to find out the nutritional qualities of these kits, to provide people with independent and evidence-based information to help them make informed purchasing—and eating—choices,” said co-author of the study Dr. Alice Gibson, from the University of Sydney Children’s Hospital Westmead Clinical School and Charles Perkins Centre.

Published today in Nutrients, the study analysed a random selection of 12 different meals from each of the subscription services identified.

The nutritional composition for each meal was obtained by weighing all raw ingredients supplied per recipe, and standardised portions of ingredients were assumed when non-specific measures were used in recipes such as ‘drizzle’ or ‘pinch.’

Where available, the researchers also compared the suggested dietary target to reduce chronic disease risk in addition to the recommended dietary intake or adequate intake.

“The meal kits were shown to be a good source of veggies, but too high in fat (and energy) and salt—and they could do with a little more fibre,” said Dr. Gibson.

· The kits provided good amounts of vegetables, ranging from 2.3 serves per meal for Thomas Farms Kitchen and up to 3.1 serves for HelloFresh. “This is encouraging as it’s about as much as Australians report eating on average per day—in one meal,” said Dr. Gibson.

· All meals were high in salt, with over 30 percent of the suggested dietary target for sodium (the main component of salt). HelloFresh meals contained almost double the sodium content (1426 mg) of the other companies, with their recipes instructing salt be added more than twice on average per recipe.

· Meals were high in fat with more than 30g on average per serve and contributing 40 to 60 percent of the average total energy content of the meal. However, the type of fat differed with MarleySpoon and Pepper Leaf containing about 6g of saturated fat on average per serve compared to Thomas Farms Kitchen which contained 22g.

· The average energy contents were around 2900kJ (700 calories) per serve for three companies; HelloFresh and Thomas Farms Kitchen had higher fat content resulting in higher energy contents of around 4,000kJ (950 calories). “For people with lower energy requirements—for example people who are smaller, inactive or trying to manage their weight—these energy contents are too high,” said Dr. Gibson.

· Only Dinnerly provided a large proportion of grain serves as whole grains (60 percent) compared with 22 percent for Thomas Farms Kitchen, 11 percent for Pepper Leaf, eight percent for MarleySpoon and none from HelloFresh.

· Dietary fibre content met the suggested dietary fibre target for women but not men, and was similar across the services—although Thomas Farms Kitchen meals were slightly lower.

Good substitute for takeaway, but could be even better

“Overall, we found these meal kits to be a good substitute for takeaway and convenience foods, and even some home-cooked meals—but they could be better aligned with dietary guidelines for the prevention of chronic disease,” said co-author Dr. Stephanie Partridge, from the University of Sydney’s Westmead Applied Research Centre, School of Public Health and Charles Perkin Centre.

“We suggest people avoid adding salt and limit adding fat, even when the recipes instruct them to do so—and the option to reduce the size of the meals and energy intake could also be reduced for people managing their weight.”

“We’d also like to see all the companies providing recipes and nutritional information up front, before people make their selection—as those companies that do provide this are helping people to make informed choices for the benefit of their health,” Dr. Partridge added.

Everything You Should Know About Ketotarian, the New Twist on Keto

Ina Garten's Freezer Is Full of Items You Can Buy at BJ's
Copyright © 2020 dailytophealth.com.
We and our partners use cookies on this site to improve our service, perform analytics, personalize advertising, measure advertising performance, and remember website preferences.Ok