Bad news for Brits! Living in countries which have less daylight boosts risk of OCD as scientists link the mental condition to time spent in the sun

People who see less daylight are more likely to develop obsessive compulsive disorder (OCD) or have worse symptoms, according to research.

If someone’s body clock is out of sync with the natural light of day and night they are more likely to develop the mental health condition, scientists say.

And OCD is more common in countries which have less daylight because they are further from the equator.

This suggests people in the UK, around 3,500 miles from the middle of the globe, could have a higher risk than most.

People who already have the condition also report not sleeping well and being more likely to sleep late – during daylight – which can worsen their symptoms.

Experts say although it is too soon to base mental health treatment on their findings, they could pave the way for better therapy in future. 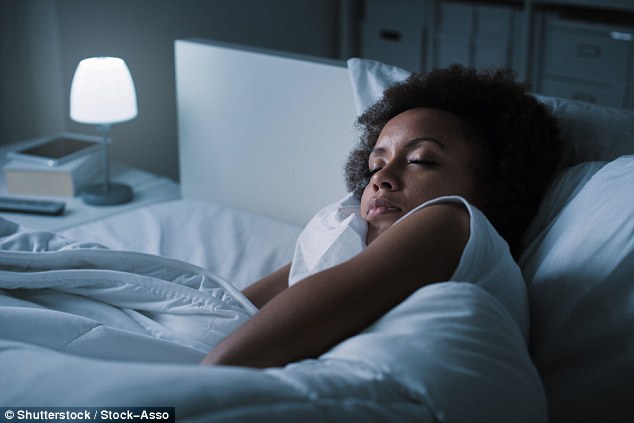 People with OCD are more likely to sleep late to make up for struggling to drop off, which can make their symptoms worse, according to researchers

Researchers at Binghamton University in New York say more people have obsessive compulsive disorder in countries further away from the equator.

They say this is because those countries have less daylight, and link exposure to daylight to both developing and worsening of OCD.

The mental health condition is common and causes people to become fixated on things and develop behaviours they struggle to control.

It can seriously affect people’s lives if the behaviour disrupts their daily activities or if their obsessive thoughts are unpleasant or upsetting.

People with OCD sleep later into the day

Scientists say understanding the link between OCD and daylight could lead towards improving treatment for the condition.

What is obsessive compulsive disorder?

Obsessive compulsive disorder, usually known as OCD, is a common mental health condition which makes people obsess over thoughts and develop behaviour they struggle to control.

It can affect anyone at any age but normally develops during young adulthood.

It can cause people to have repetitive unwanted or unpleasant thoughts.

People may also develop compulsive behaviour – a physical action or something mental – which they do over and over to try to relieve the obsessive thoughts.

The condition can be controlled and treatment usually involves psychological therapy or medication.

It is not known why OCD occurs but risk factors include a family history of the condition, certain differences in brain chemicals, or big life events like childbirth or bereavement.

People who are naturally tidy, methodical or anxious are also more likely to develop it.

People who have OCD often say they struggle to fall asleep so wake up later in the day to catch up on sleep, according to the study.

This leads to their sleep pattern shifting so they spend more daylight hours in bed, which can worsen their symptoms.

The team got their results by looking through past studies of OCD rates in countries around the world, and compared them to how far the country is from the equator.

Being out of sync with natural light can make symptoms worse

Psychology professor Meredith Coles, who led the study said: ‘This delayed sleep-wake pattern may reduce exposure to morning light, thereby potentially contributing to a misalignment between our internal biology and the external light-dark cycle.

‘People who live in areas with less sunlight may have less opportunities to synchronize their circadian clock, leading to increased OCD symptoms.’

This effect is worse in people living in areas at high latitude – farther from the centre of the globe – where people are at an increased risk of OCD.

This suggests people living in more northern countries such as Canada, the UK and Scandinavia are more at risk than countries closer to the equator like Australia and Central America.

More studies being done to try to develop better treatments

Professor Coles and her team are conducting more studies into the link between sunlight and OCD.

She added: ‘We are measuring circadian rhythms directly by measuring levels of melatonin [a sleep hormone] and having people wear watches that track their activity and rest periods.

‘[Also] we are conducting research to better understand how sleep timing and OCD are related.’

The team hopes to develop new treatment recommendations that could benefit people with OCD.

Their findings were published in the Journal of Obsessive-Compulsive and Related Disorders.