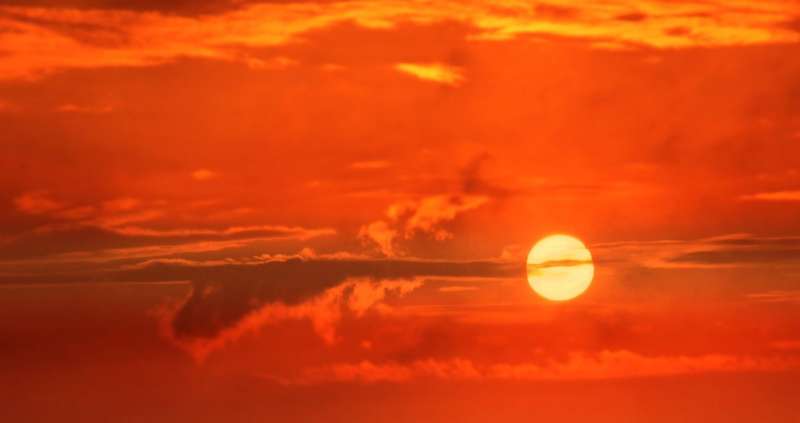 Over the last 10 years, melanoma skin cancer among men in the UK has increased by almost 50%.

Though rates for women have risen by 30% during the same time period, skin cancer is more common in men.

Men are also more likely to be diagnosed at a later stage than women, and skin cancers are often found on their torso—potentially explained by going shirtless. This can make it harder to spot unusual changes, particularly if they occur on their back. And sadly, the charity warns that the figures also show an 8% increase in death rates for men.

The new figures come months after a Cancer Research UK-funded study found a potential new link between higher testosterone level in the blood and an increased risk of melanoma in men.

The UK sun is just as strong as when abroad

As the weather in the UK begins to heat up and more people head outside, the charity is releasing these figures to encourage people to protect their skin from the sun, especially if they burn easily.

Michelle Mitchell, Cancer Research UK’s chief executive, said: “With staycations looking to be the norm for many this year, we mustn’t lose sight of the fact that UK sun can be every bit as strong as when we are abroad. The same advice still applies, and if something doesn’t feel right or you notice any changes to your skin, talk to your GP.”

Adrian Webb, aged 55, from Dudley, was first diagnosed with skin cancer in September 2012 after his wife, Michele, noticed a mole on his back had changed color.

He had treatment including surgery and radiotherapy, but a year later was given the devastating news that his cancer had spread. He was told by his consultant that he may have just 12 months to live.

“I simply wouldn’t have consulted my doctor under my own steam, so I’m thankful my wife found the mole and potentially saved my life,” said Adrian.

Adrian underwent further treatment which ended in 2016, and his cancer has now been reduced to a trace.

“I couldn’t plan ahead for years, but now that I have been treatment free for over four years, I can start to look ahead again. Though I can’t change what happened, life for me now is so wonderful and I’m blessed with an amazing family.”

“I hope that my story can help prevent others from going through what I did. I would strongly encourage anyone who notices anything unusual about their skin not to delay contacting their GP.”

Staying safe in the sun

Despite rates being on the rise, almost 9 in 10 melanoma skin cancer cases are preventable.

While it’s easy to think that a tan is a sign of good health, there’s no such thing as a healthy tan from the sun or sunbeds. A tan is the body simply trying to protect itself from harmful rays.

In the UK, the sun’s rays are strongest between 11am and 3pm and can cause lasting damage to DNA in skins cells, even in cloudy weather.