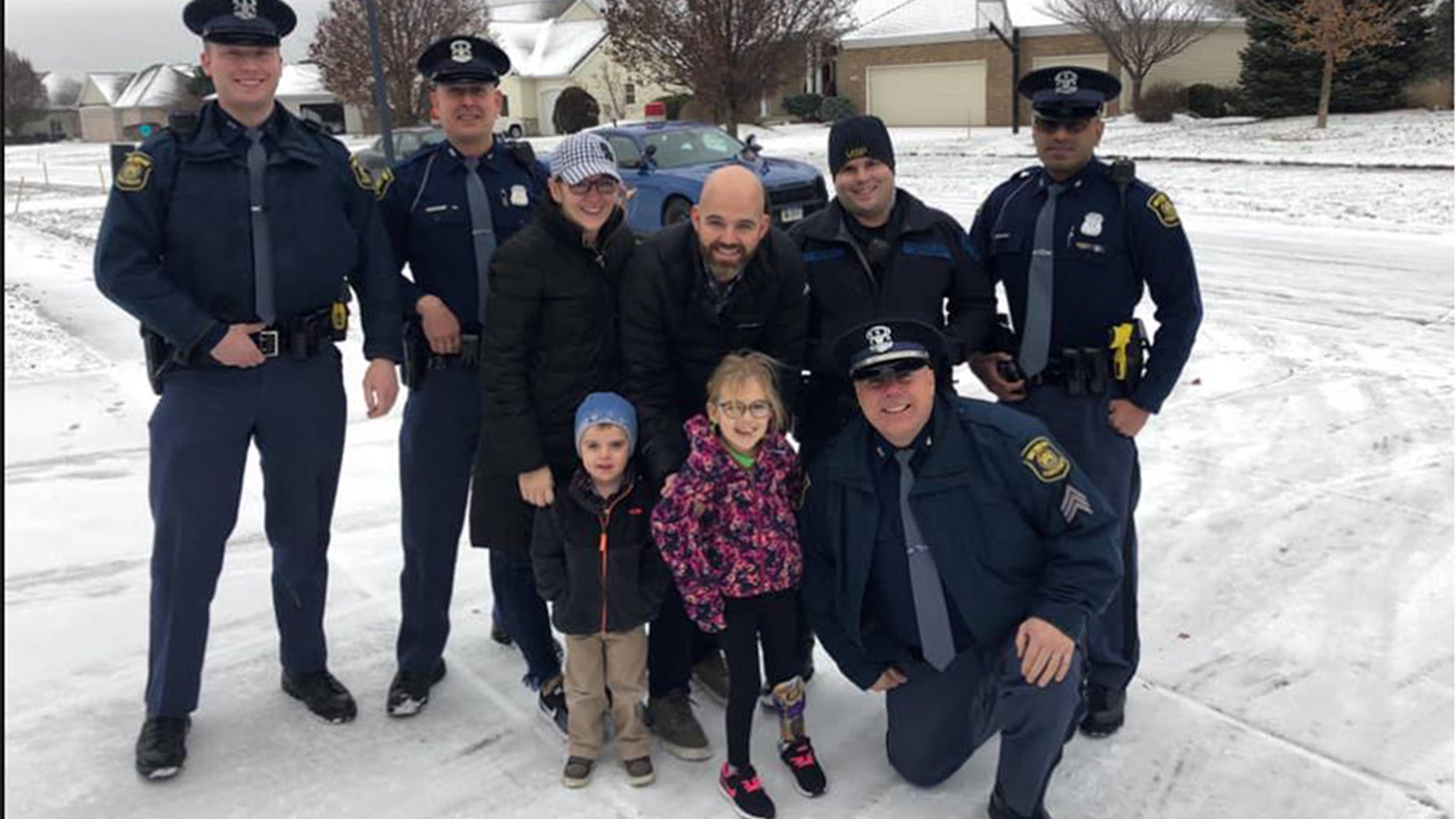 A 6-year-old girl in Michigan got “a very special escort home” upon her release from a roughly three-month stint in the hospital, police revealed Tuesday.
(Michigan State Police)

A 6-year-old girl in Michigan got “a very special escort home” upon her release from a months-long hospital stay, police revealed Tuesday.

Olivia Hanson was admitted for medical care to treat “a rare form of acute disseminated encephalomyelitis,” Michigan State Police said on Facebook. It was described as a “life-threatening” illness that targets the brain and central nervous system.

MICHIGAN BOY, 12, RAKES LEAVES TO RAISE MONEY FOR GRAVESTONE OF FRIEND WHO DIED OF CANCER

Hanson spent 95 days in the hospital and, over the course of her time there, a number of police officials would frequently stop by and provided her with “an exclusive ‘light show’” that was visible from her hospital room window, police said.

Alongside the post, the department shared numerous photos of uniformed officers with the young girl, including a group shot set on a snowy backdrop. 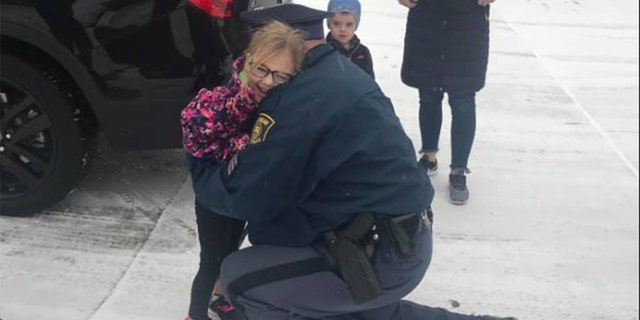 Another showed the young girl with a smile stretched across her face as an officer knelt down to hug her.