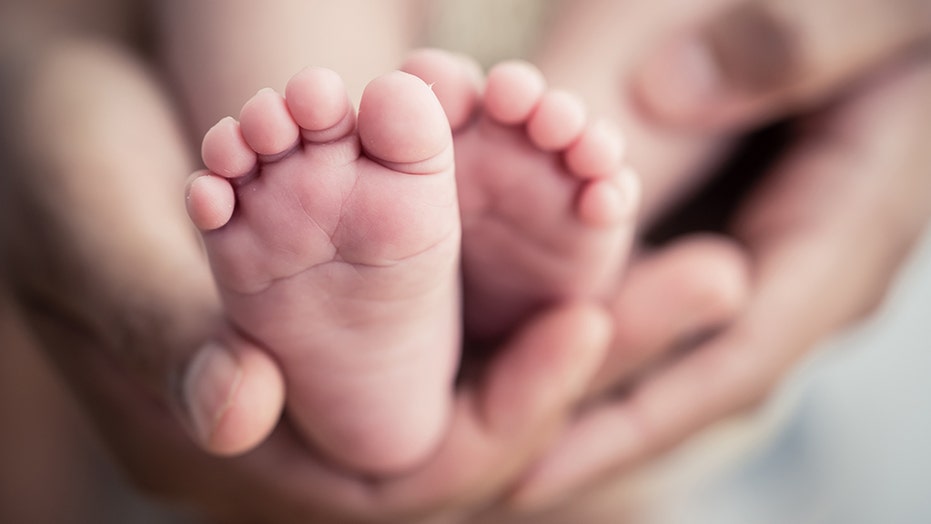 A model in Australia who didn’t know she was pregnant until she unexpectedly gave birth in her bathroom said she had none of the typical symptoms over the previous nine months and didn’t realize anything was amiss until she started to feel sick about two weeks ago.

“I wasn’t showing obviously because I fit into everything,” Erin Langmaid, of Melbourne, told 7 News. “It was just really bizarre.”

In an Instagram post shared on Nov. 1, Dan Carty, Langmaid’s boyfriend, revealed to their friends and family that they had welcomed baby Isla May on Oct. 29.

“We want to share with you our new little family member,” he wrote alongside a photo of the new family of three. “Isla May was brought into the world on Tuesday night, she lived in mummy’s tummy for 9 months without letting us know. After an extremely tough few days both mother and daughter are perfectly well and ready to go home. The support of our family and friends is something that we will never be able to thank them enough for. To Erin the courage you have shown is something I didn’t think possible, you are an incredible person and will be an amazing mum.”

Langmaid, who told the news outlet that she had been using birth control injections throughout the unsuspected pregnancy, said the entire labor and birth was “over in about 10 minutes,” and that baby Isla weighed 7 pounds, 9 ounces.

However, their shock soon turned to worry when Isla stopped breathing and paramedics had to walk them through CPR while on the phone. They revived Isla and both baby and mother were rushed to the hospital, where it was determined that Langmaid had been unknowingly carrying Isla for about 37 weeks, 7 News reported.

A cryptic pregnancy, or stealth pregnancy, is an extremely rare occurrence in which a pregnancy is not picked up by conventional medical testing or by the patient, according to HealthLine.com. Fluctuating hormones, as well as polycystic ovarian syndrome, perimenopause, failure of birth control, getting pregnant shortly after giving birth and low body fat,  are all factors that can be associated with a cryptic pregnancy.

“Now after a big week, we look forward to life as a little fam with the most gorgeous new little addition and all the great things that come with that!” Carty wrote in his birth announcement post. “Thanks for all the support it’s been amazing xx love the Carty fam.”