A mother who claims to have received the heart of a dead soldier developed strange cravings for beer and could not shift the smell of damp socks.

Sheron Williamson’s daughter watched her ‘die’ in hospital when her heart stopped and her monitor flatlined. But medics brought her back.

Doctors warned she would die within two weeks without a new heart.

Four days later, she received one, believed to have been from a soldier who died from injuries sustained in the Iraq War.

But when Ms Williamson, who now lives in Solihull, awoke from the operation, she started to experience strange, unexplained symptoms.

The 50-year-old believes the bizarre side-effects, which haunted her for around a year, were down to ‘wearing somebody else’s heart’. 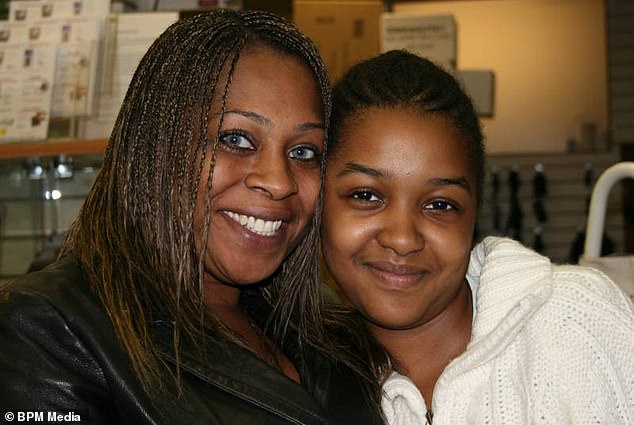 Sheron Williamson’s daughter watched her ‘die’ in hospital when her heart stopped and her monitor flatlined. But medics brought her back (pictured with her daughter, Sheroni)

Ms Williamson told the Sunday Mercury how she suddenly became ill after a run, and managed to get herself to hospital just in time.

‘I had just been for a 10-mile run around Edgbaston Reservoir and was walking back to my car when I started to feel unwell,’ she said.

‘My legs were shaking, and I started to vomit. I took myself to the Queen Elizabeth Hospital.

‘I’d been there around six times recently, but they kept reassuring me I was fit and healthy.

‘On this particular morning it was different. They told me I had just 12 days to live.’

Ms Williamson was diagnosed with giant-cell myocarditis, a rare disorder where the heart is inflamed.

She was put on medication and underwent two surgical ablations – procedures to make her heart rhythm normal.

‘I was sitting in bed eating my cornflakes, when I felt something wet on my side,’ she said. ‘At first, I thought I had spilled the milk.

‘Then, when I looked down, it was blood. There was so much that it had gone on the floor and run towards the door. 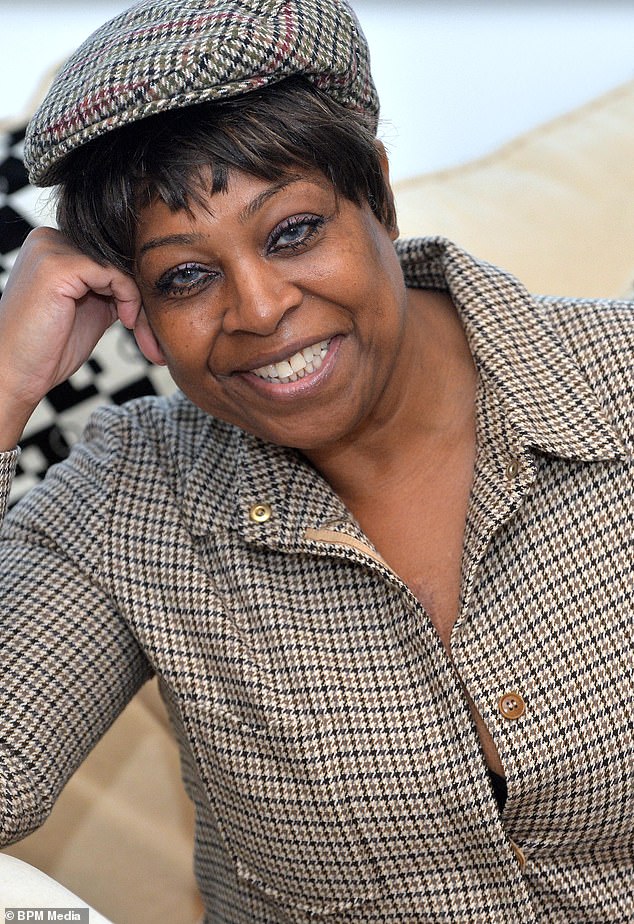 Doctors warned that she would die within two weeks without a new heart. Four days later, Ms Williamson, from Solihull, received one 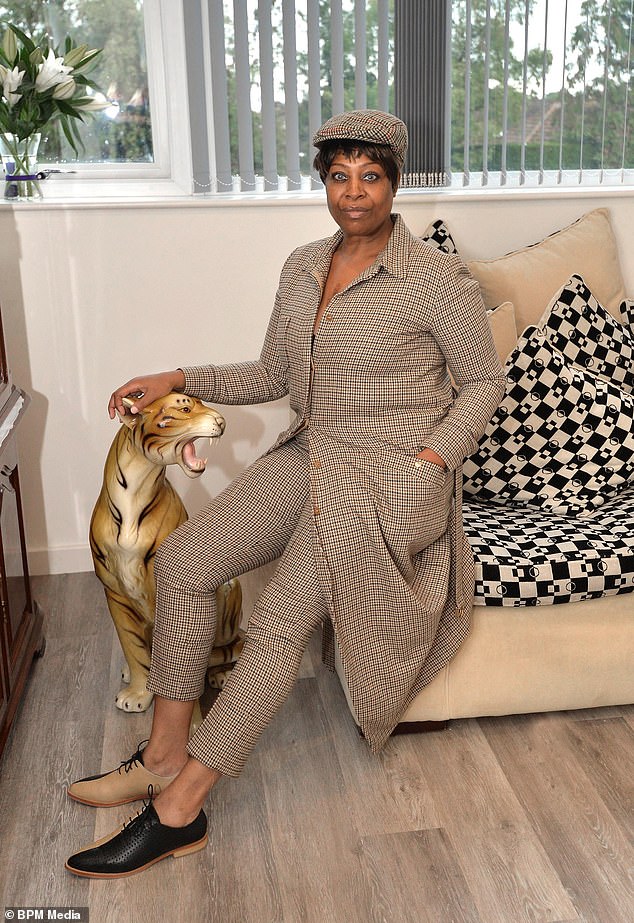 But when Ms Williamson awoke from the operation, she started to experience strange, unexplained symptoms. The 50-year-old believes the bizarre side-effects, which haunted her for around a year, were down to ‘wearing somebody else’s heart’

HOW DID SHE KNOW HER DONATED HEART WAS FROM A DEAD SOLDIER?

Ms Williamson claims that she heard rumours while she was staying in the Queen Elizabeth Hospital in Birmingham that her donated heart was from a dead soldier.

However, full details of who the organ came from are unable to be revealed because of strict guidance from the British Transplant Society.

Under the rules, patients can only be told the donor’s age range, gender, how they died and whether or not there is a risk of infection or malignancy.

The BTS states that names, initials, occupation, date of birth, place of donation and ethnicity should all remain confidential, alongside sexual, alcohol and drug history.

‘I fell unconscious, and my heart monitor was flatlining. That’s when I saw the light that everybody talks about.

‘My heart had stopped. When I woke up, my daughter told me that she had watched me die. It was so traumatic for her.

‘After that, medics decided enough was enough. I couldn’t stay awake and my liver was shutting down. I needed a transplant.’

Ms Williamson was put on the transplant list, and without a new heart she was warned she would survive less than two weeks.

‘As a mother to a 14-year-old I was distraught, our lives were turned upside down,’ she said. ‘But four days later, thanks to a donor, I woke up wearing a new heart.

‘I wasn’t told much about the man who donated his heart to me, apart from the fact that he was 38 years old and had two babies.’

Almost as soon as she had woken up from the life-changing operation, carried out by Professor Robert Bonser, she started to experience strange symptoms.

‘There was a rumour that he was a soldier who had been flown back from Iraq to the Queen Elizabeth Hospital,’ Ms Williamson said.

‘When I woke up, there were wires all coming out of me – and all I could smell was wet woolly socks.

‘Apparently. I was screaming that I wanted a beer. It’s all I kept saying.

‘Eventually, a member of my family was able to bring me a can of beer into the ward, and I just spat it out.

‘Who knows, but perhaps it was because I was wearing a soldier’s heart that I was getting his cravings.

‘All I could smell was those socks for about a year, but thankfully it’s faded now.’

The gift of the donor family had saved Ms Williamson’s life, meaning that she can now see her teenage daughter grow up.

Her daughter Sheroni is in her final year at university, studying nursing. She wants to specialise in cardiac care.

Ms Williamson said: ‘I am so grateful I have been able to see my daughter grow up.

‘Sheroni has been inspired by my experience and wants to help by working as a transplant co-ordinator or coronary care nurse.’