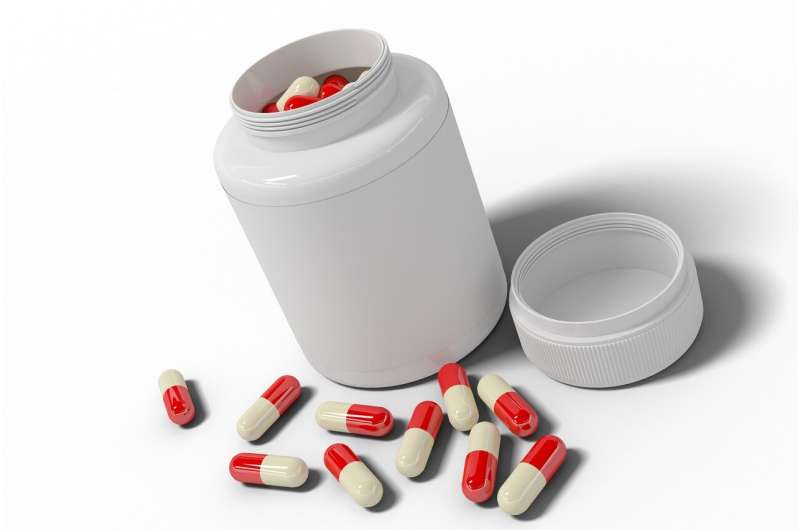 TR128 capsule, a new drug for the treatment of advanced malignant solid tumors, has been approved by the National Medical Products Administration for clinical trials.

This is the third innovative targeted drug to be approved for clinical trials this year, following TR64 and TR115. They were all developed by a research team led by Prof. Liu Qingsong at the Hefei Institutes of Physical Science of the Chinese Academy of Sciences (CAS).

Cancer is a major disease threatening human health, and its pathogenesis is usually closely related to the mutation of proto-oncogene.

Overactivation of the RAS-RAF-MEK-ERK protein signaling pathway is one of the most common molecular features of tumorgenesis. Mutations in the RAS gene are present in approximately 30% of tumors, such as 95% of pancreatic cancers, 52% of colorectal cancers, 31% of non-small cell lung cancers, and 21% of endometrial cancers.

RAF kinases, including ARAF, BRAF, and CRAF with BRAF as the most investigated among the three, are key downstream signaling proteins of the RAS signaling pathway and hot spots for tumor mutations.

TR128 represents a new generation of pan-RAF kinase inhibitors with strong inhibition of BRAFCRAF and BRAF-V600E proteins in the RAF kinase family, which can overcome the “paradoxical activation” effect of current BRAF-V600E inhibitors.

In vitro and in vivo experiments showed that TR128 strongly inhibited cell proliferation and induced apoptosis in cells with RAS and RAF mutations, such as colorectal cancer, pancreatic cancer, non-small cell lung cancer, and melanoma.