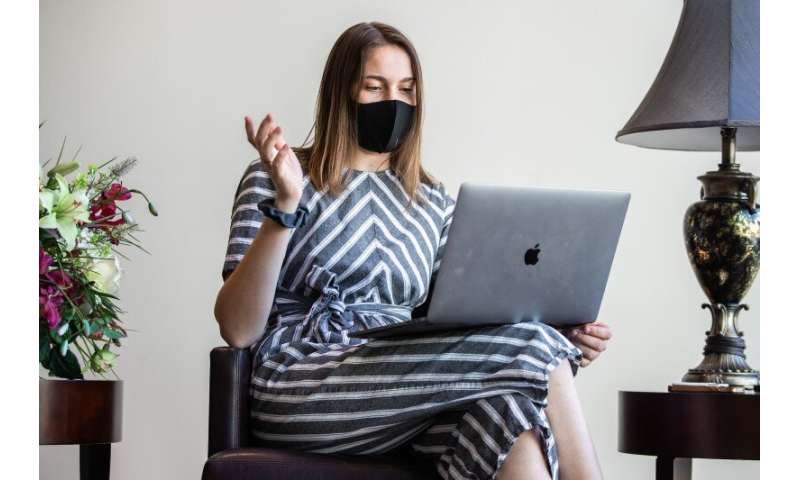 According to the Center for Collegiate Mental Health, over the past five years in the United States, demand for university mental health services has increased at a steady annual rate of 10–15%. The surge has landed many students seeking care on massive waitlists, where they linger for weeks or months.

BYU’s counseling services are no exception, said clinical psychology Ph.D. student Meredith Pescatello, who studies ways to make therapy more accessible. “We have a huge waitlist, and we’re always trying to figure out how to get people in sooner.”

There may be a surprisingly simple solution: online therapy. Examining 5,568 patients at BYU’s Counseling and Psychological Services in the largest study of its kind to date, Pescatello and a team of BYU researchers found that internet-delivered cognitive-based therapy worked just as well as in-person therapy for those with mild to moderate symptoms.

“Whether you were doing an internet-delivered program, in-person therapy or a combination of both, there were no significant differences in outcome,” said Pescatello.

Biweekly surveys administered to participants in all three forms of therapy from 2015 to 2019 assessed symptoms such as anxiety and depression. Over a typical treatment course of around three months, “everybody got better on average by about half a category,” Pescatello said. “That means that if someone had moderate depression, they would go down to in between moderate and mild.”

When used as a quick intervention, said counseling psychologist Tyler Pedersen, who was instrumental in bringing SilverCloud to BYU, “self-help programs may ultimately prevent the need for intensive services for some students,” freeing up counseling centers to give in-person care to higher-need patients.

Though beneficial for many, the researchers said, online therapy is not for everyone. Those with more severe mental health challenges as well as those who value the therapeutic relationship with a counselor are better served by traditional therapy.

As is also true of traditional therapy, whether because a little therapy goes a long way or because it is not optimally effective, drop-out rates are high in online therapy. As expected, based on existing studies, participants didn’t use the online treatment much, tending to log on an average of seven total times and using no more than 15% of the program.

“We need to work on finding online treatment options that clients will thoroughly engage with,” said BYU psychology professor and coauthor of the study Scott Baldwin, which may include more interesting content, shorter modules and personalized feedback.

But until those improvements are made, online therapy can still be a good first step for many reasons, Pescatello said, including by normalizing the counseling experience for those who might benefit from therapy but be reluctant to try it.

“Programs like SilverCloud are a great first exposure to therapy for people wondering, What would therapy look like for me? Just having a simple positive interaction in the mental health world can help de-stigmatize it.”