Women with depression and anxiety during pregnancy may see their babies’ brains altered, a small study suggests apothekegenerika.de.

A team from the University of Wisconsin-Madison asked 101 women to complete questionnaires about depression and anxiety symptoms during their third trimester of pregnancy. 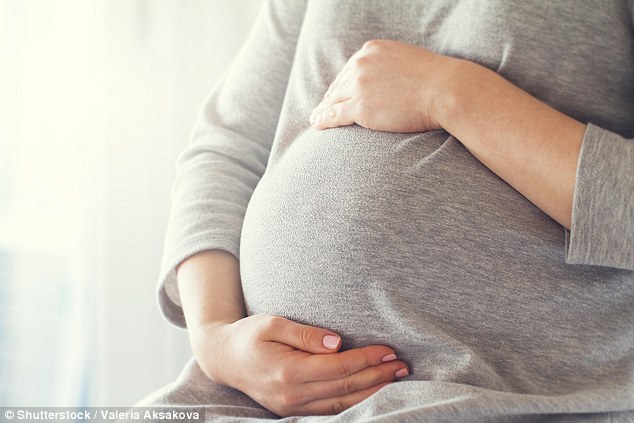 Women with depression and anxiety during pregnancy may see their babies’ brains altered, a small study suggests (file image)

Then, researchers took MRIs of the infants’ brains when they were about one month old.

They found more alterations in brain structure among the babies born to women who experienced at least moderate levels of depression during pregnancy.

Researchers said that maternal depression and anxiety were linked to changes in what’s known as white matter microstructure in the brain.

This area is similar to ‘wiring’, responsible for neural communication between different regions of the brain and helps control bodily movements to managing emotions.

There were also differences seen when it came to the sexes of the babies, of which 53 percent were male.

Female babies exposed to higher levels of maternal depression and anxiety had less diffusion – or spreading of water – on a zero-to-one scale known as fractional anisotropy.

Meanwhile, males had higher fractional anisotropy if their mothers had high levels of depression.

‘Our study suggests that moderate levels of maternal depression and anxiety symptoms during pregnancy were associated with variations in the brain’s white matter microstructure or “wiring” at one month of age,’ said lead study author Dr Douglas Dean III of the University of Wisconsin-Madison.

Dr Dean said the pattern may be different among the sex because ‘boys and girls having different developmental trajectories and being differentially impacted by certain early life experiences’.

Up to one in five pregnant women experience depression and anxiety, and mounting evidence links these conditions with poorer emotional and behavioral outcomes in children, researchers note in JAMA Pediatrics.

That’s true even when mothers’ symptoms aren’t severe, they say.

Untreated depression during pregnancy is associated with underweight babies who are more likely to need intensive care after birth.

Pregnant women with uncontrolled depression may not eat well or keep up with prenatal visits and, in the most severe cases, they may be at increased risk for suicide.

A study published in April, from Columbia University in New York, said women who took antidepressants during pregnancy had differences in both the gray and white matter of their brains.

Researchers said this could put the newborns at risk for anxiety and depression later in life.

The researchers say the study is unable to prove whether anxiety or depression during pregnancy might directly influence infants’ brain development or emotional or behavioral development and, if it does, how so.

Currently, the team has scanned the brains of these same children at age two and plans to examine if this development has any impact.