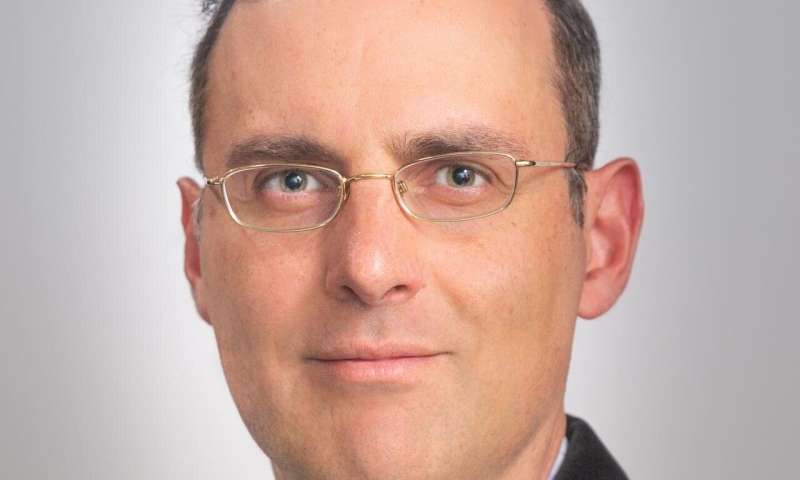 In Biology 101 you were taught that inside each cell, tiny strands of a molecule called RNA “transcribe” the genetic code in your DNA, the first step in the process of building the proteins that make up your body.

But in recent years the picture has grown more complicated. It turns out there are also circular, non-coding forms of RNA that regulate various aspects of gene expression, allowing many of our 20,000 genes to make more than one form of each protein.

Now, University of New Mexico scientists have shown that reduced levels of a type of circular RNA found in the brain with the ungainly name of circHomer1a are associated with schizophrenia and bipolar disorder. Lower levels of the molecule in the human frontal cortex were also seen to be correlated with earlier onset of schizophrenia symptoms.

In a paper newly published in the journal Molecular Psychiatry, the researchers report that lowering levels of circHomer1a in the mouse brain’s frontal cortex results in impaired gene expression related to the function of the synapses—junctions at the ends of neurons that enable them to “talk” to their neighbors.

The team also showed that in mice, reduction of circHomer1a in the frontal cortex diminished their cognitive flexibility—the ability to respond to changing circumstances. This impairment is commonly seen in people with bipolar disorder.

“These mice can learn and discriminate, but when it comes time for them to adjust their behavior, they are very deficient,” said lead author Nikolaos Mellios, MD, Ph.D., assistant professor in the Department of Neurosciences. “It takes them way more trials to reverse their behavior.”

Recent studies have shown that the brains of mammals are rich in circular RNAs, and it appears that they powerfully shape the way genes are transcribed to RNA and translated into proteins, Mellios said.

“They don’t produce any proteins, but there’s emerging research showing that they have important regulatory roles,” he said. “They are like conductors in an orchestra. You need these circular RNAs to fine-tune the expression of multiple genes.”

Because circular RNAs are more stable in the body than their linear cousins, they could potentially serve as biomarkers to help clinicians diagnose disease, Mellios said. And, there’s a possibility that treatments could be developed to enhance their effects in the brain.

Everything You Should Know About Ketotarian, the New Twist on Keto

Ina Garten's Freezer Is Full of Items You Can Buy at BJ's
Copyright © 2020 dailytophealth.com.
We and our partners use cookies on this site to improve our service, perform analytics, personalize advertising, measure advertising performance, and remember website preferences.Ok