Sepsis deaths have risen by MORE THAN one third in two years: Antibiotic resistance, hospital overcrowding and a lack of beds are to blame for fatal blood poisoning cases

Sepsis deaths have risen by more than one third in two years, new research suggests.

Speaking of why sepsis is increasing, study author Professor Brian Jarman, from Imperial College London, said: ‘Part of it is antibiotic resistance, I think. There may be a factor of increased overcrowding in hospitals and bed occupancy.

‘And if doctors and the rest of staff are very, very busy it’s difficult to pick up things – it’s a very difficult diagnosis, we have to be very alert to pick it up.’

The NHS argues greater understanding of sepsis is leading to people going to hospital with symptoms, such as slurred speech.

Deaths are then later recorded as blood poisoning rather than as a complication of the condition, like organ failure, it adds. 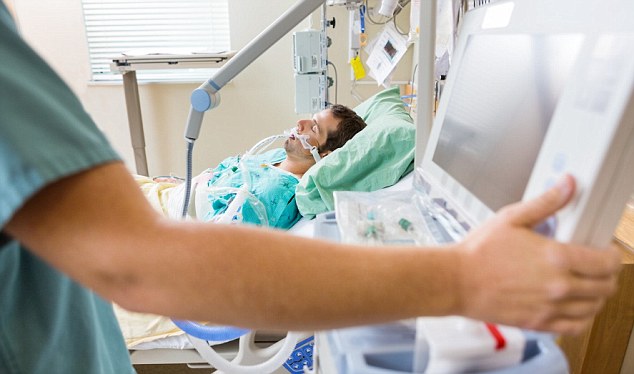 Sepsis deaths have risen by more than one third in two years, new research suggests (stock)

Sepsis, also known as blood poisoning, occurs when the body reacts to an infection by attacking its own organs and tissues.

Some 44,000 people die from sepsis every year in the UK. Worldwide, someone dies from the condition every 3.5 seconds.

Sepsis has similar symptoms to flu, gastroenteritis and a chest infection.

Symptoms in children are:

Under fives may be vomiting repeatedly, not feeding or not urinating for 12 hours.

Anyone can develop sepsis but it is most common in people who have recently had surgery, have a urinary catheter or have stayed in hospital for a long time.

Other at-risk people include those with weak immune systems, chemotherapy patients, pregnant women, the elderly and the very young.

Treatment varies depending on the site of the infection but involves antibiotics, IV fluids and oxygen, if necessary.

‘If I don’t know what sepsis is, I’m not going to get care’

Sepsis also hit the headlines following a string of high-profile cases, including that of mother-of-two Reeta Saidha, who died after her waters broke when she was 15 weeks pregnant.

The 38-year-old contracted the rare condition after her foetus was not naturally expelled from her body. She had been told to wait 24-to-48 hours for a natural miscarriage.

Melissa Mead, whose baby William died of sepsis following a chest infection in December 2014, has been campaigning for greater awareness of the condition.

She told the BBC: ‘Whilst you have a lack of public awareness you are going to have people who are sitting at home, feeling poorly and don’t even realise that sepsis is even a thing.

‘It’s all very well having a world-class health system with surplus beds and surplus doctors, but if I’m sitting on my sofa at home feeling poorly and I don’t know what sepsis is, I’m not going to get that care.’ 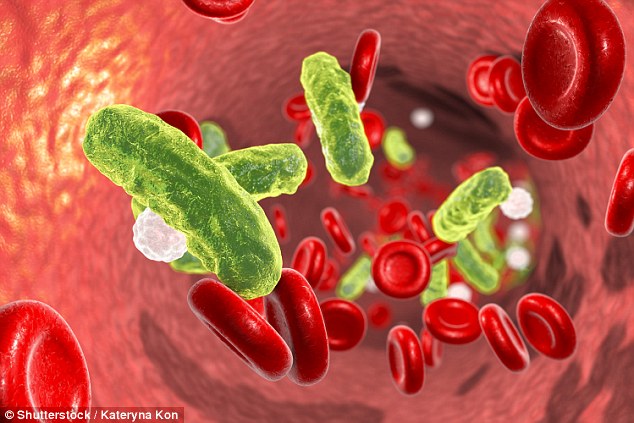 According to Professor Jarman, the number of hospital beds available has halved, while admission numbers have roughly doubled over the past 30 years, which he calls an ‘amazing change of provision of healthcare’.

He adds bed occupancy has been rising above 90 per cent in recent years, despite optimal maximum levels being 85 per cent.

Professor Jarman hopes hospitals with high sepsis deaths rates can help to educate worse performing clinics on how to reduce the risk.

Dr Ron Daniels, chief executive of the UK Sepsis Trust, claims the true scale of sepsis deaths is difficult to gauge due to many fatalities being reported as something else.

NHS claims it is done to improved recording of sepsis

NHS England claims the latest data does not prove that the number of people dying from sepsis is increasing.

A spokesman said: ‘Over the past three years there has been huge effort across the NHS to increase clinical recognition of, and recording of, sepsis.

‘That improved method of recording means some cases previously recorded as simple infections are now classified as sepsis.’

Professor Bryan Williams, chairman of medicine at University College London, told BBC Radio 4’s Today programme: ‘In reality what is happening is an increased awareness of sepsis and increased detection of sepsis and an actual reduction in mortality in hospital and in the first 30 days after discharge from sepsis.

‘I would really think it is important for the public to recognise the NHS is taking this incredibly seriously and if you go to any hospital now it is treated as one of the priorities and death rates are falling.’