More than 300,000 Americans may have a sesame seed food allergy. Here’s everything you need to know. 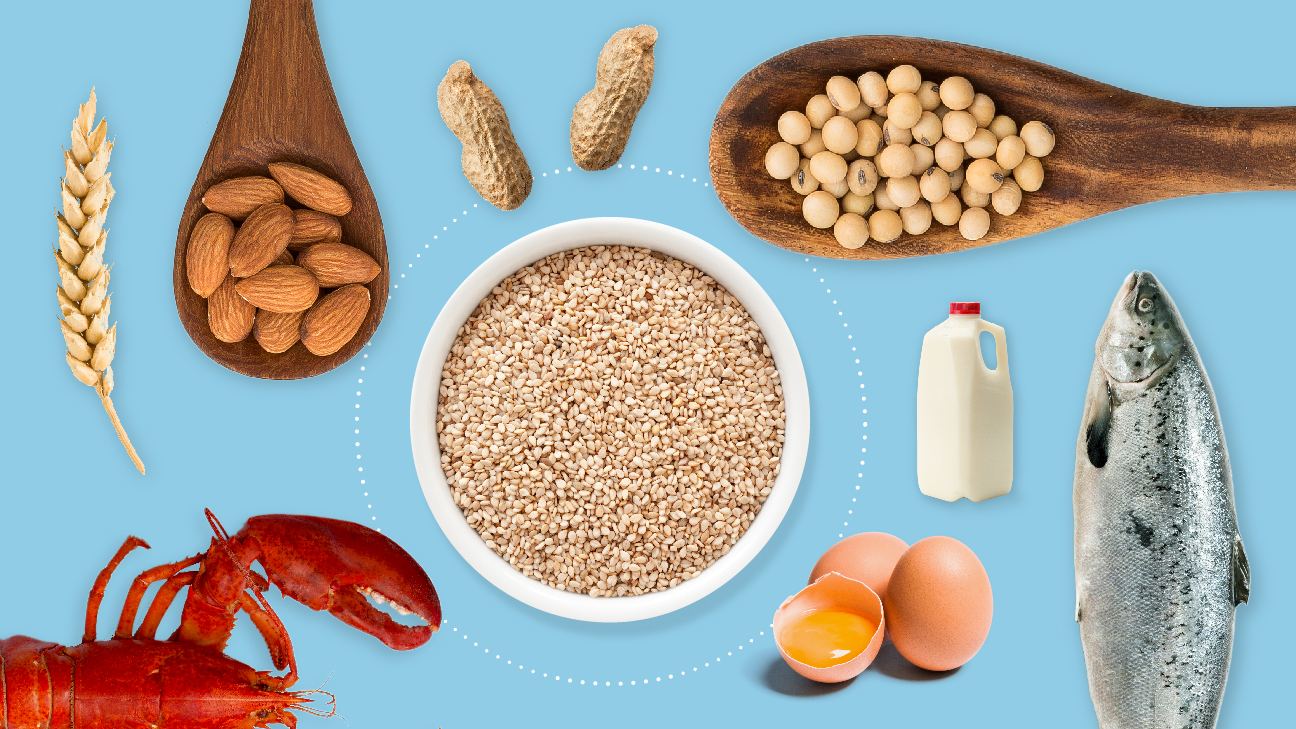 Two years ago, Mohanalakshmi Rajakumar learned the hard way that her son has a severe food allergy.

Immediately after having a snack at day camp, the 3-year-old’s entire face swelled up.

“He couldn’t open his eyes,” recalled the mother from Springfield, Virginia. “The EMTs had to be called because the swelling was so bad. They were afraid it would affect his breathing.”

Luckily, a dose of Benadryl did the trick and the little boy didn’t need a trip to the ER. Still, Rajakumar followed up with an allergist to figure out what, exactly, had caused her son’s reaction. The test results came as a surprise. Dairy wasn’t a trigger. Neither were strawberries. It was the hummus the boy ate for a snack that day which had triggered an allergic reaction. Or more specifically, the tahini (a Middle Eastern paste made from ground sesame seeds) in the hummus.

Rajakumar had never heard of a sesame seed allergy but put a protocol in place to prevent another allergic reaction. Now 5 years old, her son knows to inquire about ingredients before eating any food he’s offered, just in case it contains sesame.

“We warn him not to touch it, as even that can cause his skin to break out,” said Rajakumar.

Who knew sesame seed — the core ingredient of many Middle Eastern foods, not to mention a much-loved bagel topping — could be so dangerous?

The allergy is more common than many people think. In fact, after the “Big 8” (milk, eggs, tree nuts, peanuts, shellfish, wheat, soy, and fish), sesame clocks in at number nine on the list of top food allergens.

More than 300,000 Americans may have a sesame seed allergy, and those who do are more likely to end up in the ER because of a reaction than people with any other major food allergy. Sesame can cause a litany of scary symptoms including headache, hives, swelling, trouble breathing, gastrointestinal upset, loss of consciousness, and even anxiety and a panicked sense of impending doom.

Data suggests that it’s also increased worldwide over the past two decades, although the reason why is unclear.

Here’s how this tiny seed can cause big trouble — and what you need to know to stay safe.

Of all the things that cause an allergic reaction, why this nutty seed?

Food allergies fall into two categories: those brought on by IgE allergy antibodies and happen within minutes of contact with a food, and those caused by other parts of the immune system that may not cause symptoms for days. Sesame falls into the first category.

“Most allergies that are due to true IgE mediated anaphylaxis are severe, no matter what food causes them,” said Schroer. “Milk can be just as deadly as peanut, which can be as deadly as sesame allergy.”

Experts have pinpointed a specific protein in sesame called oleosin as a major allergen. But sesame also contains many other different proteins, some of which have yet to be identified and could also be culprits.

You could develop a sesame allergy at any time

Although most sesame allergies usually start in childhood, “[it] can develop at any age, as all allergies can,” said Schroer.

He adds that those most likely to develop a sesame allergy are people who already have food allergies and those who suffer from severe eczema are at higher risk as well.

Family history isn’t a strong indicator either. For instance, just because your great-grandmother had a sesame allergy doesn’t necessarily mean you or your children will.

“While some would consider having a relative with any food allergy to be a high-risk scenario, research suggests that the risk isn’t much higher than everyone else,” Schroer said.

This is also the case even if your parent or sibling is allergic to sesame seeds.

There’s no sure way to treat a sesame allergy

Only 20 to 30 percent of kids who have a sesame allergy ever grow out of it.

While studies show that it’s possible for some people to become desensitized to some food allergies such as peanuts, milk, and eggs, Schroer noted “only a few studies show that this can be achieved with sesame.”

Nevertheless, some allergy clinics do offer this type of therapy. Patients who are treated with oral immunotherapy are exposed to increasing amounts of sesame over time while being closely monitored by medical staff. Ideally, as the exposure increases, so will the immune system’s ability tolerance, allowing a person to eat sesame seeds without any allergic reaction.

However, this therapy is still new and there’s currently no standard of practice.

At present, most experts agree: If you have a sesame allergy, you should avoid all food that contains it.

But that’s harder than it sounds.

If you’re allergic to sesame, you may know to avoid things like seeded hamburger buns or salad dressing made with tahini. But sometimes foods that contain sesame aren’t that obvious.

According to a report by Center for Science in the Public Interest, only 14 of 22 major food manufacturers identify sesame on their packaging.

“Sesame’s harder to avoid as it’s not currently one of the foods required to have extra labelling to highlight that it’s an ingredient,” said Schroer.

Some foods only list sesame as “spice” or “natural flavoring.”

Also, eating Asian, Thai, or Middle Eastern food can also be a challenging, since they all frequently integrate sesame oil, seed, or paste into dishes.

Baker’s organization, FARE, has advocated for sesame to be added to the list of allergens — like peanuts — that must be disclosed on food labels in the United States.

Europe and Canada adopted this practice several years ago, but the U.S. Food and Drug Administration has yet to do the same.

This can make it difficult for those with an allergy to know if a food is truly sesame-free. It can show up in unexpected places. Cookies, candy bars, and ice cream can all contain sesame. Noodles, pizza crust, soups, and margarine may be culprits as well.

Lip balm, skin creams, and soap can contain traces of sesame too.

Depending on the severity of a person’s allergy, even a miniscule amount may be enough to cause a reaction.

Tips for the sesame sensitive

“As with all food allergies, reading labels and asking about ingredients in prepared foods is the best way to prevent severe reactions,” said Schroer.