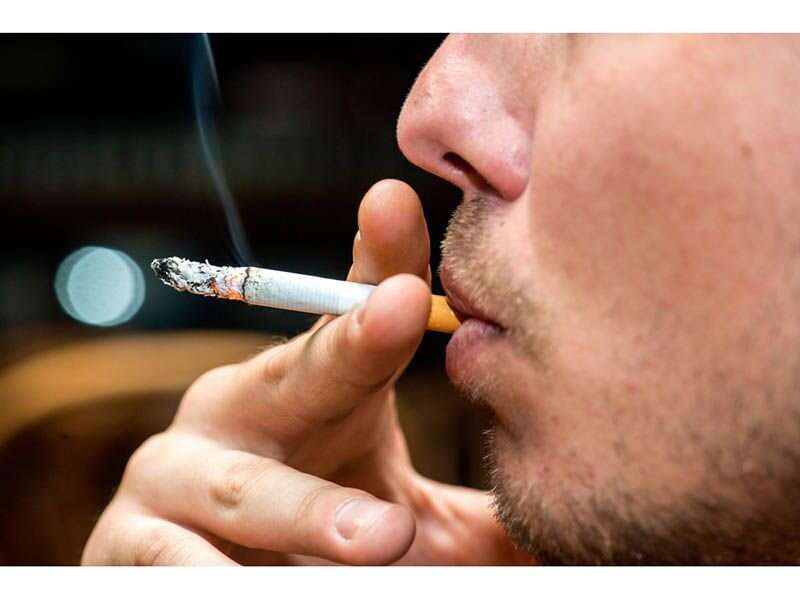 Katie Rodgers was just 15 years old when she started smoking, and in her early 20s when it became a more significant habit.

Rodgers found quitting tough, but she managed to kick the habit at age 33 during a global pandemic because she knew that smoking would increase her anxiety and put her at higher risk of becoming seriously ill from COVID-19.

Her achievement was unusual at a time when cigarette purchases have risen slightly in the United States and requests for smoking cessation services have dramatically dropped.

“I have a strong aversion to the hospital and being really powerless because of a virus. And I knew that, especially because it affects the respiratory system, that if I continued to smoke, it would just increase my chances for—me being a relatively healthy person—taking a completely different route and becoming extremely sick,” Rodgers said.

During a recent panel discussion, smoking cessation and addiction experts raised concerns about the uptick in tobacco use and emphasized the urgent need to reverse it.

“At the consortium, we believe that … stress and anxiety have also contributed to the decrease in people seeking help to quit tobacco use,” Bailey said.

About 480,000 people in the United States die from tobacco-related illnesses each year, making it the number one preventable cause of death in the country.

And SARS-CoV-2, which causes COVID-19, has put tobacco users at added risk. British researchers found that smokers were more likely to suffer more severe variants of the disease. Another study identified a link between smoking and increased severity and risk of death in hospitalized COVID-19 patients.

What experts do know is that calls to quitlines in the United States were down 27% from 2019. In the first quarter of last year, calls were down 6%, then plummeted 39% from April to June.

“The U.S. Surgeon General has conclusively linked smoking to the suppression of the immune system,” DiGiulio said. “And according to the U.S. Centers for Disease Control and Prevention, smoking increases the risk of illness from the virus that causes COVID-19. In light of this, quitting has never been more important.”

Catherine Saucedo, deputy director of the Smoking Cessation Leadership Center at the University of California, San Francisco, noted that smoking often affects people who are vulnerable for other reasons, including income and education. Nearly half of quitline callers have behavioral health conditions.

“When you quit smoking, yes, you’re going to improve your physical health, but at the same time, you’re actually improving your mental health, which we all could use right now,” Saucedo said. “The effect is similar to an antidepressant. Not everybody realizes that it has that much of an impact.”

Bailey, DiGiulio and Saucedo were part of a panel that recently dissected the issue. Other panelists were Dr. Brian Hurley, president of the American Society of Addiction Medicine; and Dr. Ken Duckworth, chief medical officer for the National Alliance on Mental Illness. Matt Pierce, program officer from the Robert Wood Johnson Foundation in Princeton, N.J., moderated.

Duckworth noted there could be a long tail of mental health issues stemming from the pandemic, and Hurley suggested tailoring smoking cessation treatment to individuals. Strategies could include combining medical options and a mix of medications, counseling and support.

DiGiulio said insurance coverage for programs to help people quit, as well as counseling and medications, are among keys to helping reduce tobacco use.

Bailey said increases in excise taxes that encourage people to not smoke and bans on smoking in public places have also been helpful. Working from home during the pandemic may have made it easier for people to smoke, she said, because they’re not impeded by the rules in place for public spaces.

An initiative meant to get smoking cessation back on track is due to begin at the end of this month. Rodgers will be featured in the upcoming social media campaign aimed at reducing smoking through empathetic and supportive messages.

Rodgers said she was motivated to quit in part because a friend who works in addiction research told her that cigarettes can worsen symptoms of anxiety or depression. Media images early in the pandemic of people on gurneys or using respirators made her want to reduce her own risks.

Rodgers used techniques learned in meditation to help herself quit, along with the support of family and friends. Having the security of a job with salary and benefits also helped her by making life easier, she said.