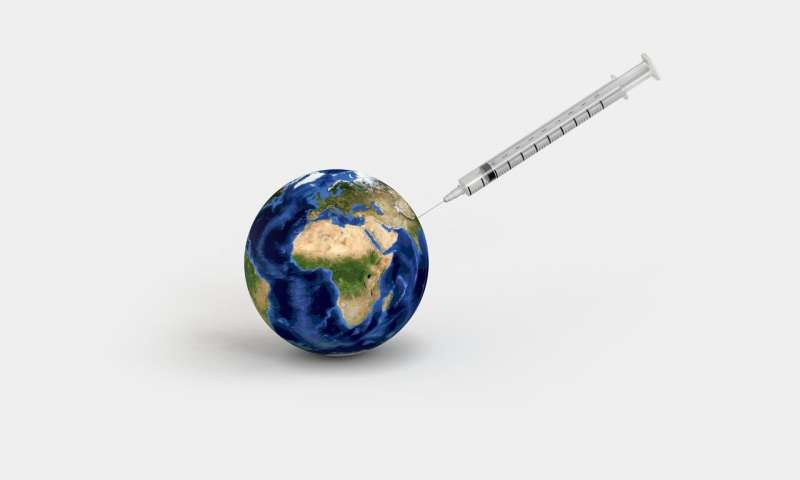 South Africa on Saturday hailed a WTO agreement to allow developing countries to start producing their own COVID vaccines following a near two-year battle.

“We secured an agreement. It was a strongly-fought agreement,” said Minister of Trade Ebrahim Patel, who along with India and NGOs had been calling for an intellectual property rights waiver on COVID-related treatments.

The World Trade Organization (WTO) announced a relaxation of intellectual property restrictions on vaccines on Wednesday in a move aimed at a providing more equitable access to jabs but which many observers criticised for being limited in time and scope.

After months of wrangling, and talks going down to the wire this week to win over some major players in pharmaceutical manufacturing to a compromise text, the United States and China finally clinched the deal by agreeing on which countries would benefit from the waiver.

Both South Africa and India had been vocal in their demands for such a move which they said was needed to stop “vaccine apartheid”.

According to the WTO, 60 percent of the world’s population has received two doses of anti-COVID vaccine but there are glaring examples of inequity with only 17 percent having been jabbed in Libya, with the figure just eight percent in Nigeria and less than five in Cameroon.

In a statement, the South African government saluted a waiver designed to provide local vaccine manufacturers with the right to produce either vaccines or ingredients or elements that are under patents, without the authority of the patent holder, hailing this as a notable step forward—even if limited to five years.

Pretoria added that “to scale up the production on the continent, further partnerships will be needed including access to know-how and technologies”.

The accord for the time being excludes, however, tests and costly therapeutic treatments against COVID on which the WTO is to pronounce in the coming six months.

Commercialisation in Africa will be a challenge, however.

Durban-based South African pharma giant Aspen, which clinched a deal last November with US-based Johnson & Johnson to manufacture a “made in Africa for Africa” Aspen-branded COVID vaccine Aspenovax, said last month it could pull the plug owing to lack of orders.

“Our focus now is to ensure we address demand by persuading global procurers for vaccines to source from African producers,” said Patel.

South Africa has three sites under the aegis of Aspen in Durban, Afrigen in Cape Town and Biovac, also in Cape Town, which makes the Pfizer-BioNTech vaccine.