With ingredients like coconut milk, ginger, pineapple, matcha, and honey, at first glance, it seems as if these new drinks could not only be cool and refreshing but also have other nutritional benefits.

To see how well they live up to this promise, Healthline checked in with two nutritionists to get their take on the latest additions to the Starbucks menu. 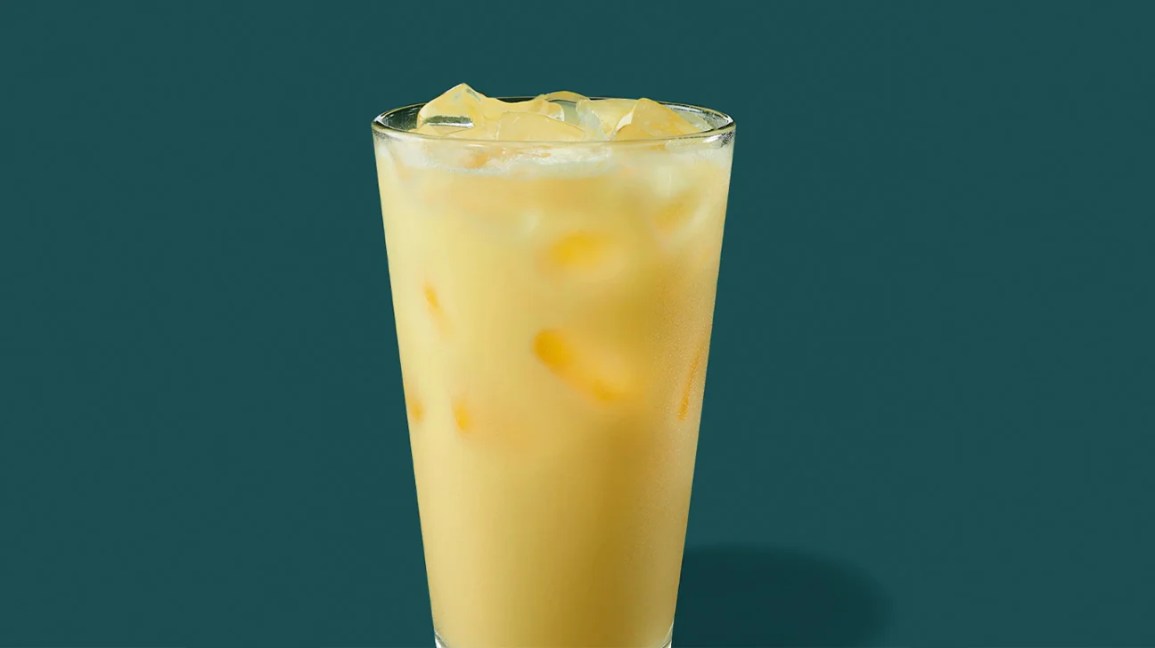 Dana Hunnes, senior dietitian at Ronald Reagan UCLA Medical Center in Los Angeles and an adjunct assistant professor at the Fielding School of Public Health, said she applauds their use of coconut milk in the place of cow’s milk.

It’s better for the environment, she noted.

It’s also potentially better for health, with a out of Loma Linda University in Loma Linda, California, finding a link between intake of cow’s milk and breast cancer.

While it’s high in saturated fat, she added, it’s plant-based and less detrimental to health.

She expressed some concern, however, about whether real ginger was used.

“If it were real ginger, I’d say that it is anti-inflammatory,” Hunnes said. However, she said it was unclear from the information provided whether real ginger was used.

She also noted that the drink was very high in sugar, having almost 5 teaspoons.

On the plus side, however, Hunnes said this drink doesn’t contain any caffeine.

Nutritionist and author Shereen Jegtvig, who teaches at the University of Bridgeport in Connecticut, also expressed concern about the sugar and fat content of the drink, but noted that coconut milk is a good source of calcium and potassium.

Hunnes had the same positive comments for this drink as far as its use of coconut milk.

She also praised its use of matcha.

“Green tea is anti-inflammatory and contains flavonols (antioxidants) that are super healthy,” she explained.

Like the previous drink, however, it’s very high in sugar, containing nearly 5 teaspoons.

At 80 milligrams (mg), it does have some caffeine, but it’s well within the 200–300 mg limit that Hunnes said is recommended.

Jegtvig noted that while the drink does contain pineapple, which is normally a good source of vitamins and minerals, the syrup probably doesn’t contain very much of these.

Out of the three beverages, Hunnes said she believes this one is probably the healthiest because of the least amount of added sugar.

“Nitrogen-infused coffee can give coffee a somewhat sweeter flavor by hitting certain taste receptors on the tongue, and can also provide a creamy flavor without the addition of high-calorie creams,” she explained.

“This seems like a healthier alternative to adding sugars and creams to the beverage,” she said.

However, she cautioned, it does have a higher caffeine content, which almost tops out at the maximum recommended amount. People who have issues with caffeine will want to go easy on this drink and avoid having it later in the day.

Hunnes also said she feels the inclusion of honey as a sweetener in the drink is a good choice because it “has a stronger flavor so you may be satisfied with less.”

Jegtvig said she feels that both the Iced Golden Ginger and the Iced Pineapple Matcha drinks are “hype over health.”

Ginger, matcha, and pineapple all have potential health benefits, but the drinks’ high sugar content may negate the good they do, she explained.

Starbucks could improve on this if they offered a low sugar option, she said, but you’re better off having a fruit smoothie made from fresh fruits.

Like Hunnes, Jegtvig said she feels that the Nitro Cold Brew with Salted Honey Cold Foam is the best of the three options.

It has more flavor without the added calories, she said.

She recommended limiting yourself to a cup or two of coffee per day.

If caffeinated beverages don’t agree with you, however, decaf coffee or herbal tea may be a better option.