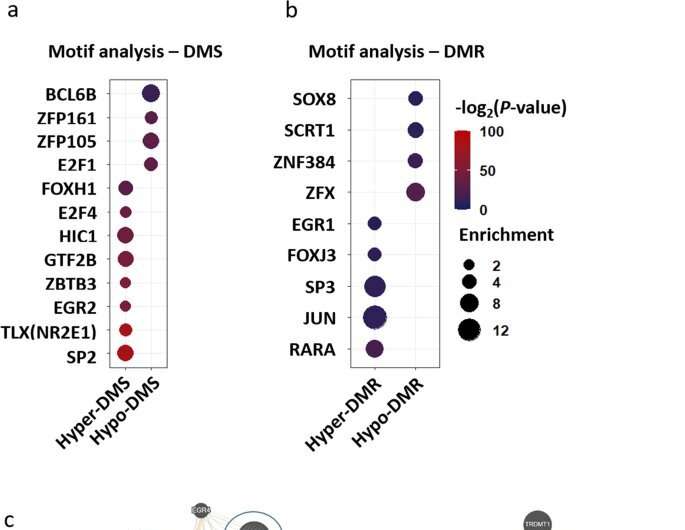 A new study by the Tel Aviv and Hebrew Universities found that abnormal processes lead to disruption in the expression of genes essential for brain development in people suffering from Williams syndrome—a rare, multisystem genetic syndrome that causes disorders in brain development. According to the researchers, “Our findings may contribute to the future development of targeted treatments that will enable normal expression of the affected genes we identified in the research.”

The research was led by Dr. Boaz Barak from the School of Psychological Sciences and the Sagol School of Neuroscience at Tel Aviv University and Dr. Asaf Marco from the Faculty of Agriculture, Food and Environment of the Hebrew University. Also participating in the research were Dr. Sari Trangle, Mr. Gilad Levy and Ms. Ela Bar from Dr. Barak’s laboratory, and Dr. Tali Rosenberg and Ms. Hadar Parnas from Dr. Marco’s laboratory. The research findings were published in Molecular Psychiatry.

Dr. Barak says, “Williams syndrome is a rare, multisystem genetic syndrome that includes disorders in brain development that lead to heightened social interactions, mental retardation, and other characteristic features. Past research has revealed that 25 genes are missing from the DNA on chromosome number seven of people with Williams syndrome, and the study of the syndrome to date has mainly focused on those missing genes and their functions.”

“We wanted to examine whether the syndrome is also characterized by defects in the genomes contained in brain cells which prevent the proper expression of essential genes. Specifically, we asked: Is it possible that certain genes are not expressed properly in the brains of people with Williams syndrome due to the phenomenon of methylation—when a molecule known as a methyl group is located on a certain gene that is present in the genome, preventing it from expressing itself properly?”

To illustrate the phenomenon, Dr. Barak took for example an instruction book in which some of its pages were torn out (as a parallel to the missing genes), and as a result of the lack of these pages, anyone following the instructions would make mistakes. Similarly, hiding some of the letters in the pages left in the book with a black marker would result in instructions being corrupted, just like methylation on an existing gene disrupts its expression.

The researchers emphasize that methylation is in many cases a normal mechanism in the cells of the body, as its role is to prevent expression of certain genes when appropriate. However, when there are disruptions in the correct application of methylation, the abnormal expression of the genes may lead to impairments in cell function, and subsequently to damage to various organs, including damage to normal brain development, as found in the current study.

As part of the study, the researchers examined human brain tissues taken from adults with and without Williams syndrome who died of causes unrelated to the syndrome and donated their brains to science.

Dr. Barak explains, “We focused on samples from the frontal lobe, the area of the brain that is responsible for brain functions such as cognition and decision-making. In a previous study, we located in this area damage to the characteristics of the nerve cells and the cells that support nerve cell activity in people with Williams syndrome.”

“In this study, we examined all the genes in all the cells of the frontal lobe to determine whether there are genes in people with Williams syndrome that have undergone abnormal methylation processes, i.e., increased or decreased gene silencing compared to a brain with typical development.”

Dr. Marco says, “We uncovered significant information about the defective expression of genes in people with Williams syndrome, even though these genes are fully present in the genome of the brain cells—until now it was not known that these abnormally-regulated genes are involved in the syndrome. In addition, one of our main findings is that the disruptions in methylation do not have to appear near the gene whose function is impaired, and sometimes the disruptions are located at a great distance from it.”

“This information is critical because it allows us to better understand the spatial organization of DNA and its effect on gene control. Moreover, since we know of enzymes that are able to remove or add methyl molecules, the next challenge will be to precisely direct those enzymes to the disrupted sites identified in our research, with the aim of allowing the genes to be properly expressed.”

Dr. Barak concludes, “Our research revealed new factors related to the disabilities that characterize Williams syndrome. Instead of focusing on the effects of the missing gene, as has been done until now, we shed light on many more genes that are expressed in a defective manner. Building on our findings, it will be possible to focus future efforts on the development of targeted treatments that will reach the disrupted sites that we identified in the study in order to ‘correct’ the defective expressions.”