When a child gets the flu, they’re not only sick in bed for a week or more, but the illness can also have serious and even life-threatening consequences. In fact, 180 children died after contracting the flu during the 2017-2018 season, one of the most severe on record. Despite the consensus of the medical community, a new national survey by Orlando Health Arnold Palmer Hospital for Children finds that a shocking number of parents are still skeptical about the safety and effectiveness of the flu shot.

“We know that there are a lot of myths and misconceptions about the flu,” said Jean Moorjani, MD, a board-certified pediatrician at Arnold Palmer Hospital. “In this day and age we have so many ways to get information, so if anybody has questions or concerns, we recommend they talk to a doctor they trust to get the right information about what’s best to protect themselves and their families.”

The survey found that more than half of parents with children under age 18 believe that their child can get the flu from the flu shot, while a third think that the shot does not protect against the flu.

Moorjani says many parents are unaware that it takes about two weeks after getting the vaccine for the body to build up antibodies to adequately protect against the flu, during which someone is still susceptible to contracting the virus. When someone gets sick within that time period, they may incorrectly assume that the flu was caused by the shot.

“The parts of the virus that are used in the vaccine are completely dead, so you cannot get the flu from the flu shot,” said Moorjani. “It takes time for your body to get strong and ready for flu season, which is why we recommend everybody get the shot as soon as they can. If you are infected with the flu shortly after getting your flu shot, your body may not be able to fight it off.” 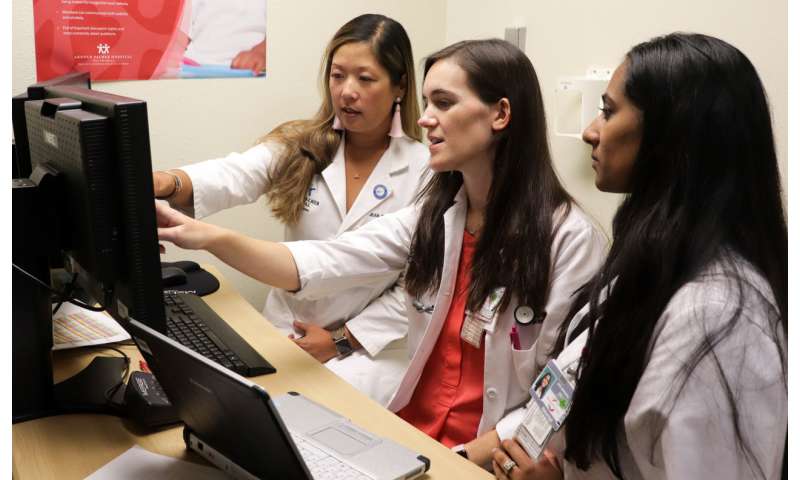 In addition to the effectiveness of the flu shot, the survey also found that many parents question the vaccine’s safety, as well. 30 percent think that the flu shot is a conspiracy, while 28 percent believe it can cause autism.

“After extensive studies, we know that the flu vaccine is safe,” said Moorjani. “You cannot get autism from the flu vaccine. It is not a conspiracy for doctors to recommend the flu vaccine. Doctors recommend it because we know—based on science, research and facts—that it is the best way to protect yourself and your family against the flu.”

Ehren McMichael makes it a point to take her three children to get their flu shots every fall. While she’s aware that the shot is not 100 percent effective in preventing the flu, she knows that it is the best method available to keep her family healthy through flu season.

“My youngest child got the flu last year before we were able to get our flu shots, and he was miserable for about four days,” said McMichael. “I know moms who believe a lot of the misinformation that’s out there, but I think that our pediatrician is the best person to get our information from. As a parent, the flu shot is just another level of protection I can give my kids, and with so many places offering flu shots, it’s really simple.”