Patients with the most common type of lung cancer, non-small cell lung cancer, are surviving longer, according to a new study.

In recent years, death rates have decreased significantly, while two-year survival rates are rising in the U.S. The improvements are mainly due to new targeted treatments, a study by the National Cancer Institute found.

“We found that mortality rates from the most common lung cancer, non-small cell lung cancer (NSCLC), have fallen sharply in the United States between 2013 and 2016. When we look at this data and the time period which we studied, it correlates with several targeted therapies that were approved by the U.S. Food and Drug Administration," Nadia Howlader, Ph.D., of National Cancer Institute’s Division of Cancer Control and Population Sciences, told Fox News.

According to the study published Wednesday in the New England Journal of Medicine, the researchers also discovered death rates for men with NSCLC decreased by 6.3 percent each year during the period from 2013 to 2016.

"In 2012, NCCN [National Comprehensive Cancer Network] guideline recommended that patients with the most common type of lung cancer, NSCLC, should go through testing to see if there is presence for a certain mutation known as the EGFR or ALK. Because of this recommendation, more patients were getting testing, and if they had these mutations, [the] majority were possibly being treated with these targeted therapies," Howlader, who led the study, explained. 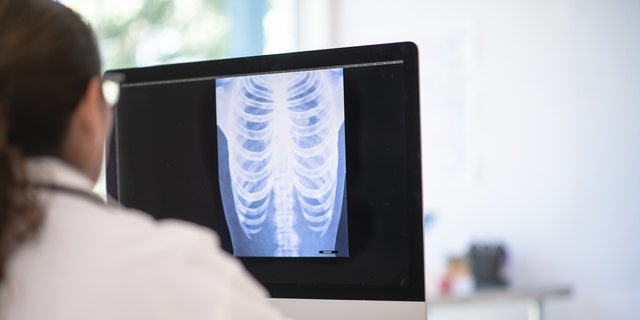 In a news release, the authors stated that the two-year survival for men diagnosed with NSCLC improved from 26 percent in 2001 to 35 percent in 2014. A similar improvement was observed for women.

The researchers attributed the improvement to clinicians performing genetic testing and using newly approved drugs to target genetic changes in tumors during that time period.

Unfortunately, there have been limited advances when it comes to treatment for SCLC, the study authors said. In contrast to the NSCLC findings, two-year survival rates for SCLC were largely unchanged. Rather, the decrease in deaths from SCLC corresponded with the decrease in incidence. The decline in incidence is largely due to reducing smoking, the authors said in the press release.

MOTHER DIES AFTER HER CANCER IS PRESUMED TO BE CORONAVIRUS: REPORT

Originally, lung cancer screenings were thought to have explained the decreases in NSCLC mortality. But the researchers stated their findings suggest that lung cancer screening rates remained low and stable, so it could not explain the mortality declines. The quick decline in deaths and incidence was largely due to a reduction in smoking and improved cancer genetic treatments, they said.