WITH THE pandemic (sort of, maybe) under control, vaccinated life has left us with a sense of What planetary threats can we tackle next?

The good news is that some U. S. cities already have a head start on earth-killing, buzz-killing climate change.

Our researchers assessed 100 of the most populous cities for air quality, green space, LEED-certified public buildings, and chemical usage (which included toxic-release totals, drinking-water violations, number of Superfund sites, and resident proximity to the sites).

More specifically, in our methodology we assessed the following.

After we ran all the numbers, a few standout cities emerged.

This city raked in the most top 10 scores across categories—its air clean, its buildings green, and its vast stretches of parkland pristine. (Feel free to use that as a motto, Burlington.) The Queen City is also the first U. S. city to run entirely on renewable energy—and it’s been doing so since 2015.

The Big Pineapple had one of the highest scores for the number of LEED-certified public buildings—a whopping 534 of them. LEED buildings must meet indoor-air-quality standards. Good air may stave off respiratory allergies, fatigue, and even problems with concentration.

Boston had the highest green-space score of all 100 cities. Credit goes to its 930 parks. (Every resident lives within a ten-minute walk of one.) If you’re not a Bostonian, consider planting a tree: One mature tree absorbs 48 pounds of CO2 a year. The average car emits 0.78 pounds of CO2 per mile.

To find out where your city ranks, here’s the whole list, starting with the greenest. 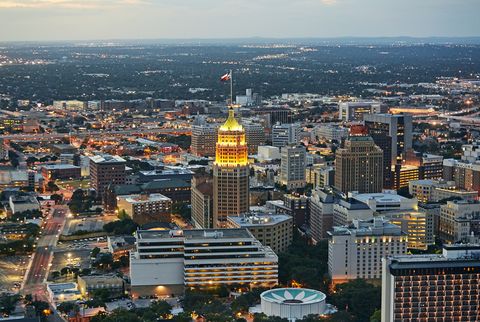 A version of this article originally appeared in the July/August 2021 issue of Men’s Health.