Watch a cell commit suicide to protect the body from cancer

New footage shows the exact speed at which a cell commits suicide to protect the body from disease.

The video demonstrates death spreads across a cell at a speed of 0.03mm a minute.

Cells, which can be up to 0.1mm across, often kill themselves for the greater good, such as to prevent cancer developing or viruses spreading.

Such fatalities are triggered by a signal going off within a cell that then spreads like a ‘wave’ with the self destruction of one part of the cell sparking the same death elsewhere, like a wildfire, a US study found.

Experts previously thought cell death spread by diffusion, which is the movement of substances from an area where they are at a high concentration to a region where their concentration is low.

Yet the study’s researchers argue a cell death speed of 0.03mm is too fast to be down to diffusion and must instead be caused by a chemical trigger. 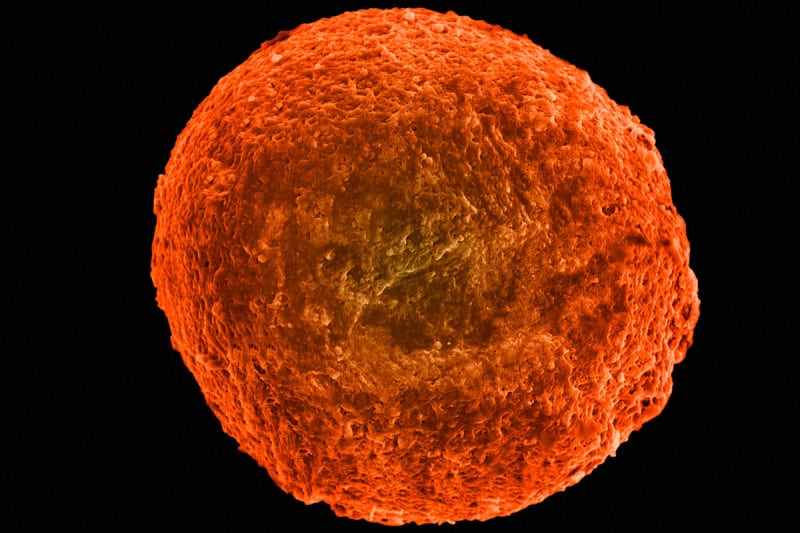 The researchers, from Stanford University, analysed the fluid of cells in frog eggs.

Such fluid contained a glowing green protein that appeared as bright dots.

The fluid was put into a tube, which was then placed in an extract from a cell that had already undergone programmed death. The deceased cell had red dye added to it.

As the components of the fluid self destructed, the green dots disappeared, demonstrating the speed of death as it spread across the cell.

The researchers then filmed this ‘death wave’ spreading across an egg cell.

Footage suggests that as the death spread it caused the cell to turn red.

The findings were published in the journal Science. 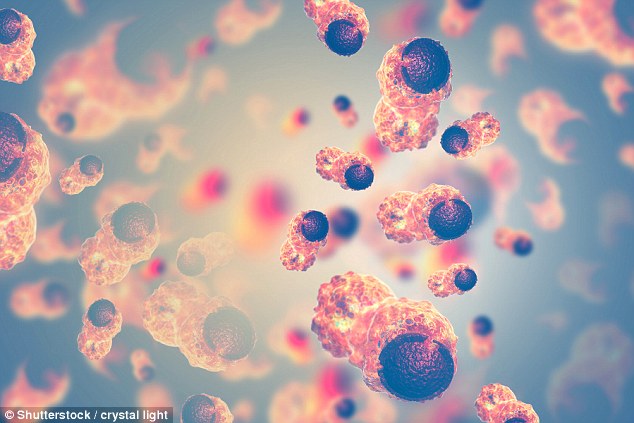 Cells often kill themselves for the greater good, such as to prevent cancer developing (stock)

What is programmed cell death?

Proteins in the cell break down components that are essential for survival, as well as enzymes being activated that destroy the cell’s genetic material.

The then cell shrinks and send out signals so it is cleaned away by components of the immune system.

In the womb, feotus’ fingers and toes are webbed, with apoptosis occurring to seperate them into 10 digits.

When excess cells are produced in the brain during a person’s development, apoptosis occurs so the remaining cells can function well.