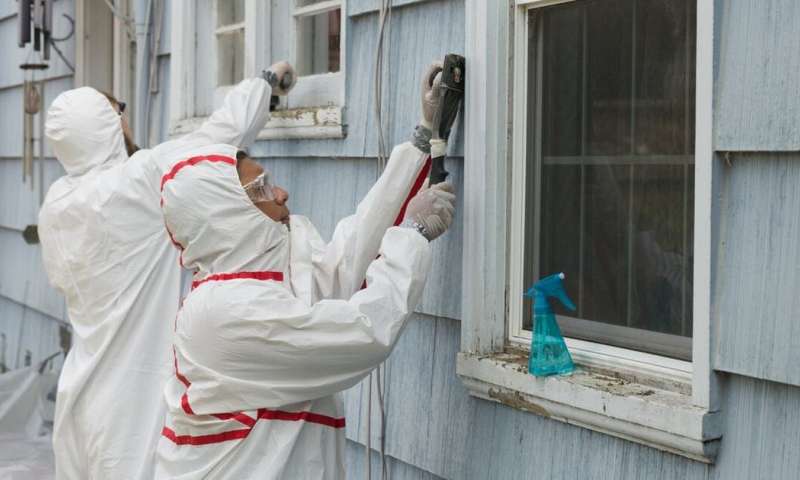 Everything is a toxin, or has the potential to be, in the field of toxicology. In the 1500s, Swiss physician Paracelsus, the father of toxicology, coined his famous dictum: “What is there that is not poison? All things are poison and nothing is without poison. Solely the dose determines that a thing is not a poison.”

Lead, however, is toxic at any dose. It serves no purpose in our body. Unlike most other toxins that our body can eliminate through metabolism and excretion, our body has no ability to purge lead.

As a clinical toxicologist, I care for children and adults who have been exposed to lead and assure that those individuals receive the best possible care. Lead can enter the body through a number of different routes, depending on the source of the element. Most commonly, it enters the body through ingestion or inhalation.

As an example, toddlers are constantly placing items, including their hands, in their mouths. If a toddler lives in an old home that was previously painted with leaded paint—which was banned in the United States in 1978 for use in homes—the child may ingest old lead paint chips or lead contaminated dust from their hands on a daily basis resulting in gastrointestinal absorption of lead. This is by far one of the most common causes for elevated blood lead level that I see in my clinic.

On the other hand, I have evaluated adults in our clinic who had elevated blood lead levels after inhaling lead vapor following heating of lead in poorly ventilated areas. A couple of those cases included a hobbyist who made his own lead musket balls in his basement for Revolutionary War and Civil War reenactments and a military marksmen who was practicing target shooting with lead ammo. One of my patients who was pregnant was using a heat gun to strip lead paint in an old home and developed markedly elevated blood lead levels via inhalation, placing her fetus at risk since lead crosses the placenta. 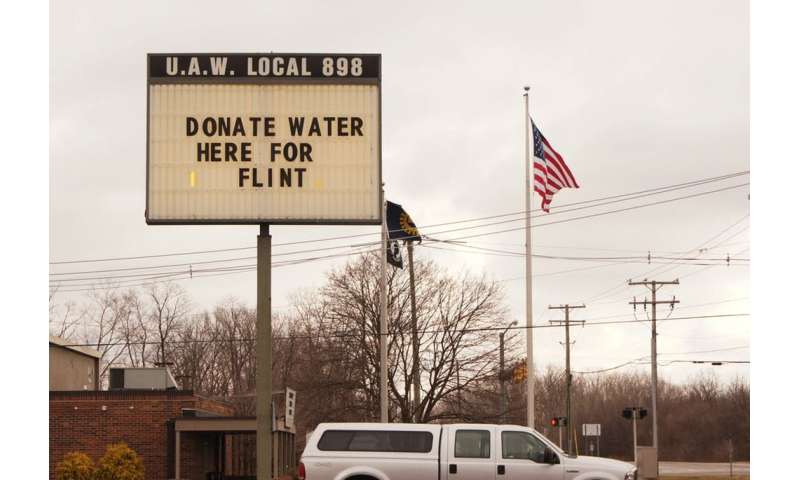 The clinical effects from lead toxicity are potentially subtle and may be slow to emerge and may not be noticed initially. The timing of symptoms is based on the dose taken into the body and the time over which lead enters the body. A child who ingests a lead fishing sinker that is retained in the stomach may have a rapid rise in blood lead levels and become symptomatic over days with nausea, vomiting, confusion, and sedation. On the other hand, a child exposed to ingested dust contaminating the hands daily may develop few and subtle symptoms that take years to manifest, if at all.

Once lead enters the body, it first flows through the blood stream where it slowly crosses into various organs such as the kidneys, muscles and brain. Lead is bad for humans because it interferes with numerous enzymes inside the cells of these organs. This results in symptoms such as muscle and joint aches as well as constipation and overall fatigue. It damages our brains by interfering with how brain cells send messages and communicate. Lead decreases fertility in both males and females. It harms our kidneys and can result in hypertension later in life. Lead prevents our bodies from creating hemoglobin—the molecule that carries oxygen in our red blood cells—resulting in anemia.

Rather than being eliminated, much of the lead we absorb into our bodies becomes deposited in bones and stays with us for the rest of our lives. From those tissues and the blood, lead will eventually enter the bone where it is deposited and remains for the lifetime of most individuals. That is why the Centers for Disease Control and Prevention has clearly stated that “no safe blood lead level in children has been identified.” 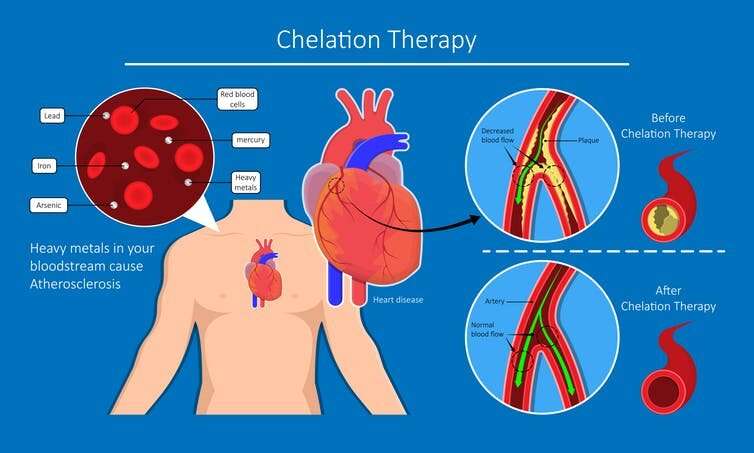 Lead in the brain

Lead is a dangerous toxin for people of all ages. But it is especially dangerous for young children. In young developing brains it alters brain development and changes the architecture, ultimately causing learning problems and lower IQs. In the brain lead interferes with with the release of signaling molecules called neurotransmitters, it inhibits function of a receptor (N-methyl-D-aspartate-type glutamate receptor) vital for memory and forming new neural connections, and raises the levels of a messenger molecule called protein kinase C. Taken together, these effects diminish the the number of synaptic connections during a critical early period of postnatal development.

There are numerous treatments, such as a process called chelation which helps to eliminate lead from the body when an individual has been poisoned. Chelation is used when blood lead levels are above a specific critical threshold where such treatments might benefit. However, the first goal is to assure our population does not become exposed to toxins, especially lead.

Entities, such as the CDC, the Occupational Safety and Health Administration and local state health departments work to decrease adult and child lead exposure. Public health initiatives over the past few decades in the U.S. have been successful in lowering our public’s blood lead levels. Such public health preventative work to decrease lead exposure will reduce future adverse health outcomes in subsequent generations.

If you have questions about lead, view information at reliable sites, such your state health department, the CDC and the Agency for Toxic Substances and Disease Registry.

Tags:and, damage, dangerous, Does, Is, it, Lead, The, Why
Related Posts
Diet & Food News