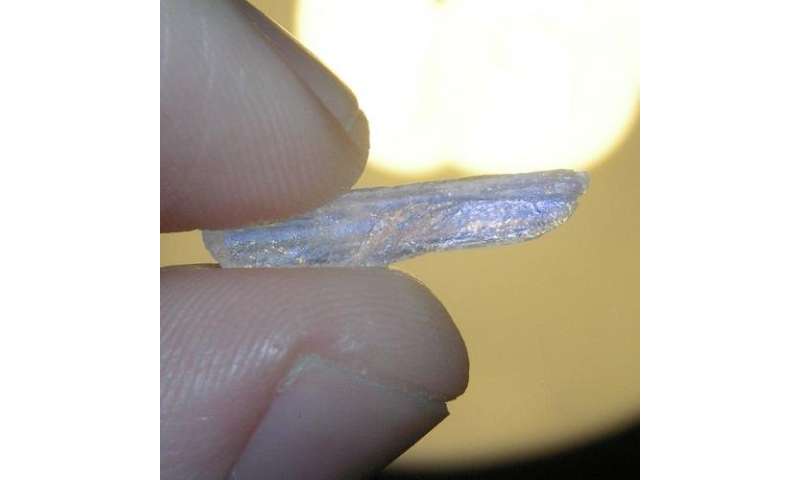 She would start the patients on buprenorphine, a medication to treat opioid use disorder, but they would often drop out.

So she and colleagues wanted to see if this was a common problem. They conducted a large study (799 people) at three sites—Harborview Adult Medicine Clinic in Seattle and Evergreen Treatment Services in Olympia and Grays Harbor.

The study published in the Journal of Substance Abuse Treatment reached the same conclusion. Methamphetamine use was associated with more than twice the risk for dropping out of treatment for opioid-use disorder.

“This study confirms anecdotally what we sensed,” said Tsui. “The next step is to build into treatment models how we can help those patients who struggle both with opioids and methamphetamines to be successful.”

One of the biggest issues is that currently there are not well-established and available effective treatments for methamphetamine addiction, and methamphetamine use is increasing, especially on the West Coast.

In a survey of sentinel community epidemiologists for the National Drug Early Warning System published in September 2018, more than 70 percent of local law enforcement agencies from the Pacific and West Central regions reported methamphetamine as the greatest threat in their area.

Exactly why it’s harder for people with these co-addictions to get stay in treatment for opioid-use disorder is up for speculation, said Tsui. But she said many of these patients experience major challenges in their day-to-day lives.

“A substantial proportion of these patients are homeless and may use meth to stay awake at night just to stay safe and keep an eye on their belongings,” Tsui said.

She said patients also tell her the streets are flooded with the drug and it’s hard for them to say no. Some patients have requested treatment with prescribed stimulant medications like Adderall and Ritalin to help them stop using methamphetamines.