Joshua Jackson and Jodie Turner-Smith first stepped out together in November 2018, but it was their November 2019 red carpet debut at her Queen & Slim premiere that really got attention thanks to the rings they were each wearing on that finger. One month later, PEOPLE confirmed that the two had in fact married.

The happy couple made the January 2020 awards season circuit, slyly revealing some other news on Instagram: a baby on the way!

The parents-to-be stunned in February 2020 at a British Vogue and Tiffany & Co. party in London. Around that time, Turner-Smith shared another confession: her very first teen crush was her husband, in his Dawson’s Creek days.

The happy couple held hands during a February 2020 grocery run in L.A. Though the two are currently hunkered down in Los Angeles as coronavirus continues to spread, Turner-Smith has said they’d prefer to raise their child outside of the U.S., possibly in Jackson’s native Canada.

Another day, another stroll for the pair, who shared in March that baby-to-be is a girl.

The couple practiced social distancing shortly before their due date, going on a quick grocery run in L.A. Otherwise, they’ve been sharing cozy videos on Instagram of belly rubs, their “dancing” baby and nights in watching Jackson’s latest series, Hulu’s Little Fires Everywhere.

Speaking of, Jackson mentioned to Good Morning America that his supermom costars, Reese Witherspoon and Kerry Washington, have been doling out parenting advice.

“Both of them were incredibly helpful,” he said, explaining that “both of them are not just actresses, but they run their own companies. They’re both mothers. They’ve integrated their family life and their professional life in a way that seems very healthy.”

In a March 25, 2020, chat with Good Morning America, Jackson revealed that his wife’s due date is “Like tomorrow, kind of.”

“Obviously, it’s a bit stressful right now and we’re just trying to figure out how to be smart about being quarantined,” he continued. “The medical system right now is a little bit difficult, so we’re figuring it out day by day.”

Jackson added, “But she’s healthy and the baby’s healthy, so that’s important.”

In a later interview with Live with Kelly and Ryan, he said he guessed the baby might come closer to early April.

“We are in the very, very home stretch,” the Dawson’s Creek alumnus said. “Everybody tells us that the first baby’s late so we’re probably 10ish days away.” 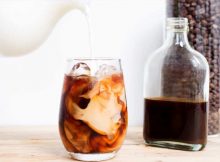