Krystal Nielson is opening up about her pregnancy and her boyfriend.

The former Bachelor contestant joined fellow Bachelor Nation alums Ben Higgins and Ashley Iaconetti on their Almost Famous podcast for a special Friendsgiving-themed episode and opened up about everything from pregnancy cravings to the shock of finding out she was expecting back in August.

Nielson, 33, said that she and boyfriend Miles Bowles began dating in May, after she met him through his mom, Katie.

Explaining that she and Katie had attended the same wellness retreat and had been accountability partners, Nielson said she and Bowles' mom became friends. After the retreat, Nielson said that her coach suggested Miles as a good match for her.

"I was like, 'Katie and I are friends, I can't date her son!' " Nielson said. "She just kind of really encouraged it for weeks. I was like, 'I'm not dating, I'm just doing my thing.' "

Eventually, curiosity got the best of her and she and Miles met and hit it off. In October, Nielson made it Instagram official, writing in a post, "Okay enough teasing.. ➡️swipe to meet my boyfriend… and his right nipple. 😉❤️🥰"

Just months after getting together, Nielson learned that she was pregnant in August.

The fitness coach revealed the baby news earlier this month with emotional announcement videos shared on YouTube and Instagram.

Though the pregnancy came early on in her relationship with Bowles, Nielson told Higgins, 31, and Iaconetti, 32, that the couple are on the same page about kids.

"I was ready to start a family in the near future, and I needed to make sure he was really in alignment with that in order for us to really move forward. So we had that conversation really early" she explained.

Nonetheless, "Miles was speechless," when she told him she was expecting, Nielson said.

"I think we both were, because we were just like, 'Whoa.' But ultimately, we just felt really blessed that this was a gift for us to come together," she said. "It was something that we had been asking for, I had been praying about. I knew that this was my year to start a family, and sometimes things happen a little sooner than you expect, but like, there's a bigger plan for us."

The former Bachelor in Paradise star said that pregnancy has given her a renewed sense of motivation.

"I've never felt such a passion and a purpose to show up day-to-day. It's really beautiful," she said, adding that it still "blows my mind" that she's going to be a mom.

"I just went to my ultrasound on a couple days ago and got to see the baby moving inside me," she continued. "Like moving, like kicking and thumb to the face. And I just started feeling little kicks in my belly this week, which I thought it was like just little gas bubbles, but they've been confirmed as kicks."

"It's wild," she added, calling pregnancy a "sacred" experience. "I feel so blessed to have Miles as a partner, for our families to be so excited, so supportive, and we just couldn't be more excited."

As for the fitness guru's cravings 19 weeks in?

"You know, I had a lot of aversions, I will say, my biggest one was unfortunately protein shakes and apple cider vinegar, which is synonymous with my name," she joked to Higgins and Iaconetti. "But now, I'm back to craving them."

"Not apple cider vinegar yet. I'm craving protein shakes, protein smoothies, fresh berries, and I'm craving cheese and dairy, which I've never been into before," she shared. "I was always pretty vegan, very vegetarian, but I eat cheese now and then. But I buy the little kid cheese sticks, and I snack on them all day long with little sliced apples. Like the little inner child in me is coming out to play, and I'm here for it."

On Thursday, Nielson shared a 19-week update post on Instagram, teasing that she and Bowles are doing a sex reveal this upcoming weekend.

"Officially 19 weeks today!!!✨" she wrote in the caption for a photo of herself cradling her growing bump. "Been feeling little kicks all week- and if feels like each day they grow a little stronger! 💪👶🏼 ✨"

Nielson was previously married to Chris Randone after the duo met on Bachelor in Paradise. The pair announced their separation in February after eight months of marriage, and are proceeding with their divorce. 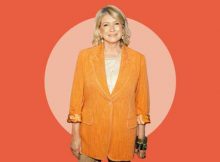 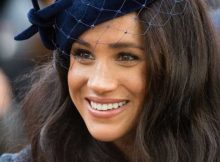 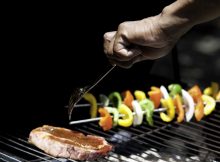 The Top Reasons You’re Not Losing Weight On the Keto Diet
Copyright © 2021 dailytophealth.com.