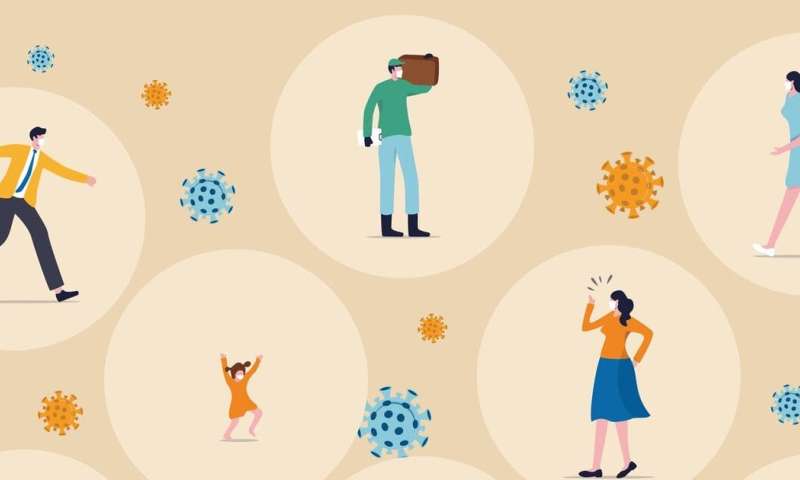 As we move into the last quarter of 2020, the virus that has defined this troubled year is showing no signs of going away. In the absence of a vaccine or a broadly effective treatment, some are now saying that we must learn to live with COVID-19. But what does that actually look like?

It’s a complicated question that boils down to this: Should we allow SARS-CoV-2 to spread through most of the population while shielding all the elderly and those at high risk of serious disease, thus creating some level of underlying immunity in the population? Or is it better to keep up with the control measures and aim for the elimination of the virus?

In trying to answer the question, the concept of “herd immunity”—when around 60% of the population is immune to a disease—is often invoked. But this term is not well understood. Control of an infectious disease through build-up of natural immunity in the population has never been achieved before. Herd immunity works through targeted vaccination, and we do not yet have a vaccine for COVID-19.

Take the example of smallpox—a very infectious, scary disease and the only human virus we have ever eradicated. Unlike COVID-19, people who caught the virus always showed symptoms, so they could be found and isolated. Anyone who did not die would have life-long protection.

But we only completely rid the world of it through a coordinated vaccination campaign. This was the only way that high enough levels of protection could be achieved across the world to reach the threshold for herd immunity.

About a quarter of all common colds are caused by types of coronavirus. Since SARS-CoV-2 is also a coronavirus, could there be a similar protective crossover? We don’t know how long the protection to any coronavirus lasts after you recover, but we do know that it does not last forever.

One recent study, for example, showed that some people can get ill with the same type of coronavirus more than once in the same winter season. This shows that natural immunity cannot be assumed as a fact of the human-coronavirus relationship, and herd immunity probably cannot happen naturally. Indeed, it would be remarkable if we could achieve natural immunity without a vaccine as this has never happened before.

How about trying to get rid of SARS-CoV-2 through controlling its spread? This is what happened with its close relatives SARS-CoV, or SARS, and MERS-CoV, Middle Eastern Respiratory Syndrome, which are both also related to bat coronaviruses. These diseases popped up in the 21st century, and presented a new pathogen for human immune systems to respond to, so they could be useful examples to predict what might happen with COVID-19.

SARS went round the world twice between November 2002 and May 2004 before disappearing altogether. This was thanks to stringent control measures, such as quarantine for contacts of people with the infection and regular deep cleaning of public areas.

A robust laboratory testing scheme was set up. People were encouraged to wear face masks and wash their hands often. These measures stopped the spread of the virus between people, leading to its extinction.

The advantage we had in trying to contain SARS was that most people who had the infection developed symptoms quite quickly, so they could be identified, given the medical help they needed and then isolated to prevent them from infecting others. Unfortunately, COVID-19 appears to be most infectious at the beginning of the disease while people have either mild or no symptoms, so we can’t do the same thing as effectively.

Mers was first noticed in the Middle East in 2012. It causes a very serious illness and kills 34% of those who catch it. It seems to be less infectious than SARS and SARS-CoV-2—to spread the disease people have to be in very close contact.

So patients with Mers tend to give it to those caring for them in hospital or their immediate families. This makes it easier to contain outbreaks and has stopped the disease becoming too widespread geographically. There are still large outbreaks, including 199 cases in Saudi Arabia in 2019.

Like Mers, and unlike SARS, we can expect outbreaks of COVID-19 to pop up even after we have it more or less under control. They key thing is to identify people who have the infection as soon as possible, through testing and contact tracing, to reduce the numbers affected by a particular incident. An effective and widely used vaccine would help to get to this stage sooner.

Comparisons with influenza outbreaks are also helpful in understanding what “living with” COVID-19 might look like. The 1918-20 Spanish flu is estimated to have infected 500 million people, and around 50 million people died. Between January 2009 and August 2010, at least 10% of the global population were probably infected with Mexican Swine flu, but the number of deaths, at just over a quarter of a million was similar to the expected rate for seasonal flu.

The 1918 and 2009 viruses are the same type of influenza A, called H1N1. So why was the death rate lower for Swine flu? That’s because in the 21st century, laboratory testing for influenza is a routine task, we had effective antiviral treatments (Tamiflu and Relenza) and a vaccine. The virus also mutated to become less dangerous. It settled down and joined all the other seasonal influenza strains, and is now known as H1N1pdm09

Could the same happen for COVID-19? Unfortunately not. We do have accurate laboratory tests for SARS-CoV-2 but these were only invented in 2020. Testing has created extra work for the hospital microbiology laboratories while they still have to carry on with all their usual work.

The antiviral remdesivir is only used to treat people who are already in hospital with severe COVID-19. A vaccine is unlikely to be ready before spring 2021. There are a few new strains of SARS-CoV-2, but unfortunately they are either about the same as the original or more infectious. This virus is not yet showing any sign of settling down.

Most people who get COVID-19 recover, but around 3% of those who have tested positive around the world have died. We do not know what proportion of those who make some sort of recovery will go on to develop long-term side effects (known as long COVID), but it could be up to 10%. Studies of people infected with SARS in the early 2000s show that some of them still had lung problems 15 years later

Faced with statistics like this, we should be trying to ensure that as many people as possible are protected from COVID-19 infection, not “learning to live with the virus.” We need to continue with day-to-day measures to stop coronavirus from passing between people as much as we can. During 2020, that has meant various degrees of government-imposed lockdown in most countries.

In the medium term, there does need to be a balance between restrictions on people’s freedom and allowing them to meet up with loved ones and earn a living. But SARS-CoV-2 is not like smallpox, not like SARS or Mers and not like the Spanish or Swine flus. There are lessons we can learn from these previous infectious diseases but this goes beyond poorly understood concepts of herd immunity, elimination or learning to live with a virus.

Tags:a, Actually, can, Coronavirus, have, learn:, live, Not, to, Until, vaccine, We, with
Related Posts
Diet & Food News 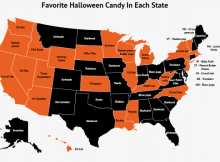