Dementia could have a ‘cure’ within 10 years, scientists claim

Dementia could have a ‘cure’ within 10 years, leading scientist claims, as research targets the early stages of the disease

There could be a ‘cure for dementia’ within the next 10 years, experts claim

The unstoppable brain-wasting disease currently affects around 850,000 people in the UK and 5.7 million Americans, but there is no way to slow down the condition.

Professor Bart De Strooper, a world-renowned neuroscientist at University College London, claims researchers will have invented a cure by 2028 or even earlier.

Although he hasn’t named a specific treatment which could be ready within that time, Professor De Strooper says research is heading in the right direction.

Therapies could involve tackling the genetic causes or stopping the deadly build-up of proteins in the brains of patients with Alzheimer’s disease.

Experts particularly want to target treatments at people in early stages of dementia, before it has caused severe and irreparable damage.

Professor De Strooper’s comments come less than a week after scientists said they could predict dementia 10 years before it begins with a blood test. 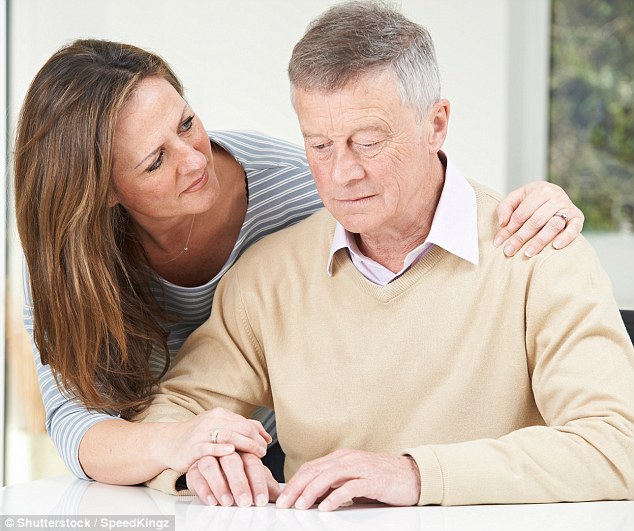 The world-renowned Belgian scientist has been director of the Dementia Research Institute at UCL since 2016.

He is leading a team of 270 researchers from six universities, who are trying to find a way to treat the cause of dementia rather than cope with its symptoms.

Most people who develop dementia do so because they have Alzheimer’s disease.

Alzheimer’s is thought to be caused by waste proteins building up in the brain, gradually destroying nerve cells and reducing the brain’s ability to function.

‘You start to see biochemical changes about 20 years before dementia manifests itself so if you could stabilise the disease in this insidious phase then that would be very good, that would also be a cure.

‘It’s a bit like with cancer, you don’t hope to treat the patient when the cancer has taken over the body.

‘You want to treat it in the beginning when you have limited trouble.’

It is hoped the number of researchers will more than double to 700 at the £250million Dementia Research Institute within the next two years, in a bid to ramp up efforts to stamp out the devastating disease.

Last week, scientists claimed they could soon predict dementia up to 10 years in advance with a simple blood test.

Researchers led by Copenhagen University said doing a blood test and comparing it with people’s age and sex could predict their chance of getting the disease.

The results could then prompt doctors to prescribe medicine earlier in life and give advice on lifestyle changes to help people avoid the condition.

And although no cure exists, research Professor Frikke-Schmidt said: ‘Reduction of risk factors for dementia may have the potential to delay or prevent development of the disease.’

WHAT IS DEMENTIA? THE KILLER DISEASE THAT ROBS SUFFERERS OF THEIR MEMORIES

As a person’s age increases, so does the risk of them developing dementia.

Rates of diagnosis are improving but many people with dementia are thought to still be undiagnosed.