Dementia research is lagging behind cancer and is now an ‘urgent priority’, claim experts: Damning study reveals there are more than 1,000 trials for cancer but just 142 for the memory-robbing disorder

A ‘critically low’ number of clinical trials are being carried out into dementia treatments around the world, according to experts.

While there are more than 1,000 currently active clinical trials trying to beat cancer globally, there are just 142 looking at Alzheimer’s disease, the main cause of dementia.

And only 29 of those have progressed past the first phase of testing – 40 times fewer than cancer trials at the same stage.

Dementia, a disabling loss of brain function, affects around 850,000 people in the UK and 40 million worldwide and is rising – a million Brits are expected to have it by 2025.

Scientists say researching how to slow down or treat the illness is now an ‘urgent priority’ because there have been no new treatments licensed since the 1990s. 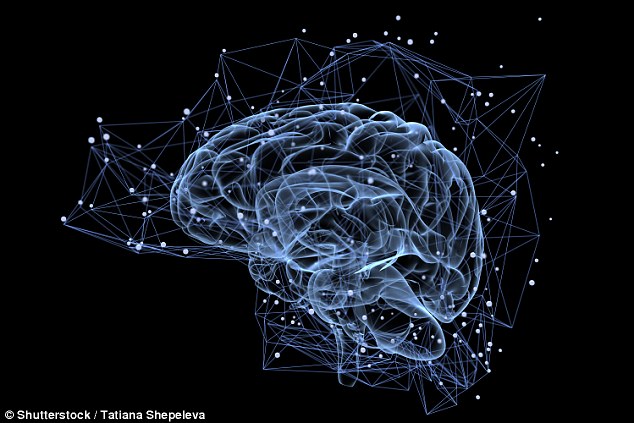 Dementia, most often caused by Alzheimer’s disease, causes a person’s brain to lose more function over time, causing disability and changes in personality, until it is eventually fatal

Research by the University of Exeter has revealed scientists around the world are not doing enough to tackle dementia.

Dementia describes the effects of brain degeneration, usually because of age, which can cause memory loss, behaviour changes, speech problems and disability, eventually causing death.

At the Alzheimer’s Association International Conference this week, researchers highlighted the shortfall in clinical research and explained the work being done.

‘The number of clinical trials is critically low’

Exeter’s Professor Clive Ballard said: ‘When we drilled down into the number of active clinical trials in dementia we revealed that the number that could make a meaningful difference to treating disease is now critically low.

‘With no new licensed treatments in the last 20 years, addressing this shortfall is an urgent priority.

‘Our research outlines the new approach needed to enable us to do better by the 40 million people worldwide who have dementia, and for an economy which is projected to spend a trillion dollars on treating this disease by the end of 2018.’

Most studies looking at preventing Alzheimer’s from developing

Of the 29 studies at large-trial phases, ten are exploring how proteins build up in the brain to cause Alzheimer’s disease, which causes the vast majority of dementia cases.

A further three are looking at how chemicals in the brain are affected by Alzheimer’s, three at using existing drug’s to treat it.

The remaining two are focusing on regenerating the brain and reducing swelling.

Scientists are increasingly looking at ways to prevent dementia and treat it in the early stages, which is difficult because more volunteers are needed for studies, the research found.

Hannah Churchill, research communications officer at the Alzheimer’s Society told MailOnline: ‘There is a lot of focus on trying to identify people in the really early stages of dementia, which I know is an issue.

‘It’s difficult to have effective treatments in the later stages.

‘Clearly cancer is a huge priority and we shouldn’t be reducing anything in that area. We’re seeing the effects of cancer research now – in the 1970s a diagnosis was a death sentence but now we’re looking at more people living than dying.

‘We’d love to see the same thing in dementia. We have an ageing population and healthcare is at breaking point so dementia will become more of a problem in future – it’s definitely a priority.’

WHAT IS DEMENTIA? THE KILLER DISEASE THAT ROBS SUFFERERS OF THEIR MEMORIES

As a person’s age increases, so does the risk of them developing dementia.

Rates of diagnosis are improving but many people with dementia are thought to still be undiagnosed.