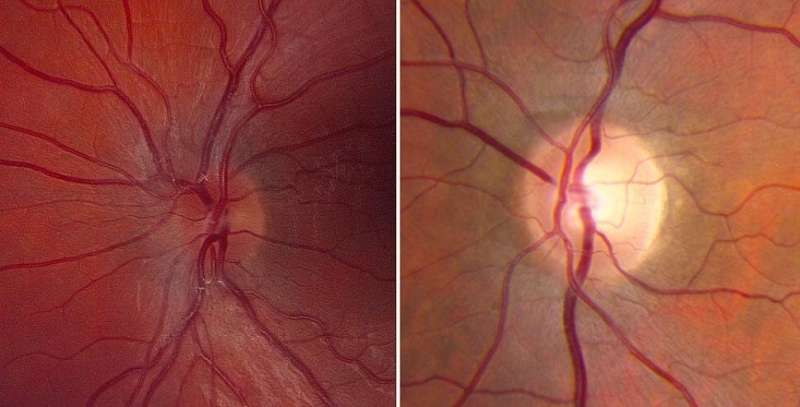 A 28-patient phase 1 gene therapy clinical trial for the degenerative retinal disease Leber hereditary optic neuropathy (LHON) found no significant safety concerns; however, treatment failed to improve or slow vision loss, with even the highest dose. LHON affects the optic nerve, which carries visual signals from the light-sensing retina to the brain. The study, published in the American Journal of Ophthalmology, was sponsored in part by the National Eye Institute, a part of the National Institutes of Health.

LHON is caused by DNA mutations in mitochondria—cellular components called organelles that convert nutrients acquired from food into a form of energy called ATP used by cells to function.

7LHON-related vision loss affects more men than women. The chief symptom is the sudden loss of central vision, which often appears in young adulthood. About 95% of cases are due to three different mutations, each of which causes excess production of reactive oxygen species from ATP synthesis. Scientists are unsure why retinal ganglion cells—the cells that make up the optic nerve—are particularly susceptible to toxic effects of excess reactive oxygen species, which over times leads to dysfunction and death of the cells.

The therapy was designed to restore function of the ND4 gene by injecting viral vector (AAV2) carrying normal gene into participants’ left or right eyes. Once injected, the vector deposits the gene into retinal ganglion cells where it incorporates into cells’ nuclear DNA.

The researchers tested four therapeutic doses, each with a different concentration of gene vector. They then monitored trial participants for up to three years for adverse events, changes in visual function, including acuity, and immune response to treatment.

Treatment-related safety concerns were limited to the inflammatory eye condition uveitis, which was more likely with higher doses. Seventy-one percent of participants who received the highest dose developed uveitis, compared to just 15% total for all other groups combined.

“Although gene therapy for Leber Hereditary Optic Neuropathy appeared safe, we were unable to show our approach had an effect on vision,” said lead author Byron Lam, M.D., University of Miami Bascom Palmer Eye Institute. “Of note, in this clinical trial we elected to forego the prophylactic steroid treatment that is often administered with gene therapy to prevent an immune response to the gene vector,” said Lam. “The observation informs future gene therapy trials about when prophylactic steroids are necessary and when they aren’t.”

Despite the therapy’s good safety profile, investigators were unable to show that it prevented vision loss. Some participants’ vison improved in the injected eye, the fellow eye, or both. Improvements are known to occur among people with LHON; however, participants with the least affected vision (20/40 or better) at the time of enrollment did not have vision preserved, losing about three lines of visual acuity, as measured on an eye chart, during the first 12 months after injection.