HEALTH NOTES: Dogs can raise the alarm before an epileptic seizure happens by detecting subtle changes in body odour around the time of an attack, research suggests

Trained dogs may soon be able to raise the alarm over epileptic seizures before they even happen.

It follows research at Rennes University in France that found dogs can detect subtle changes in body odour around the time of an attack and possibly even in the build-up to one.

So-called ‘seizure dogs’ are already used to help people with epilepsy. They are trained to bark to alert family members that a child may be having a seizure, or lie close to them to try to break their fall.

The latest study shows that they do this by recognising changes in body odour. It means many more dogs could potentially be trained to spot an imminent ‘brain attack’ and alert the patient, who can then get into a safe place and position, limiting the chances of harm during the seizure itself. 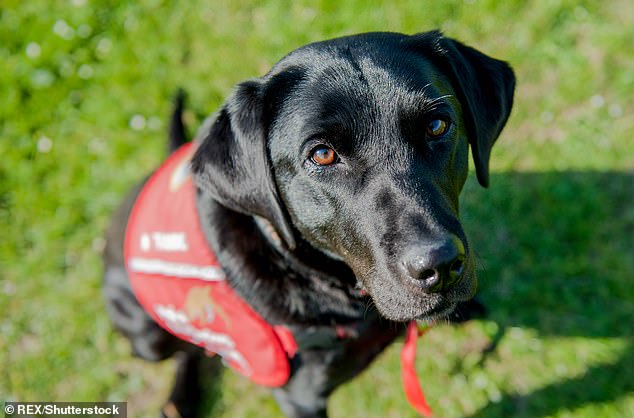 Trained dogs may soon be able to raise the alarm over epileptic seizures before they even happen (medical assistance dog, pictured above)

Divorce takes its toll on men

Divorced men are more likely to suffer illness than divorced women, according to a new study. And the reason? Men bottle up their feelings.

Research based on 3,000 UK civil servants found men who had been through a recent major life event – such as divorce or the loss of a loved one – were more likely to have raised blood levels of lymphocytes – cells released by the immune system to fight off infections.

This is a sign that viruses or bacteria have entered the body and are trying to spread infection. 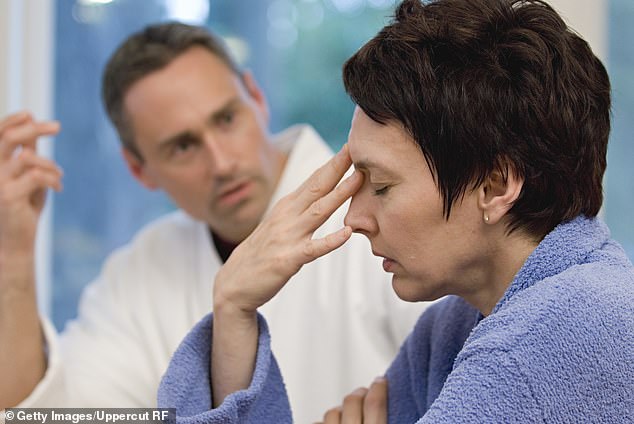 Divorced men are more likely to suffer illness than divorced women, according to a new study, which suggests it’s because men bottle up their feelings (stock image of couple arguing, above)

Divorced or recently bereaved men were much more likely to have raised lymphocyte levels, says the report in Behavioural Medicine. The highest rates were found among those who, on a psychological assessment, were least likely to openly discuss their recent trauma.

Women, on the other hand, saw little significant change in lymphocyte levels, whether they had got divorced or not.

It is thought that not opening up to others about emotional issues has a knock-on effect on the immune system, making it less resistant to viruses.

Women may not be affected as they are better able to express emotions.

Could a free smartphone game be the key to identifying those most at risk of Alzheimer’s?

Sea Hero Quest involves steering a boat through mazes and islands, and the game gathers information to store in a massive database. 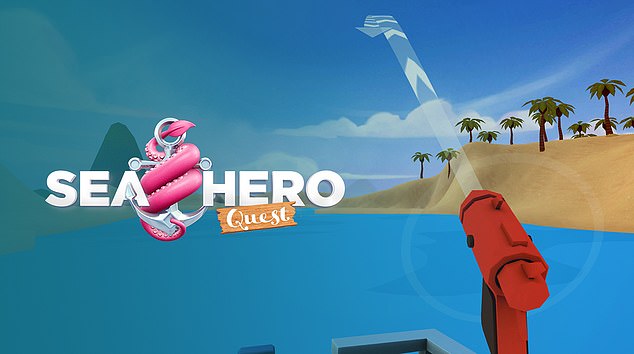 University of East Anglia researchers compared the performances of 31 people known to be carrying the APOE4 gene, which increases the risk of Alzheimer’s three-fold, with 29 people without it.

During the game, those with an increased genetic risk took less efficient routes to reach their target.

A loss of navigational skills is one of the first signs that someone may be predisposed to Alzheimer’s.