Insulin is best known as a treatment for diabetes, where patients inject it into their bloodstream as their body produces too little of the hormone to turn sugar in the blood into a source of energy. 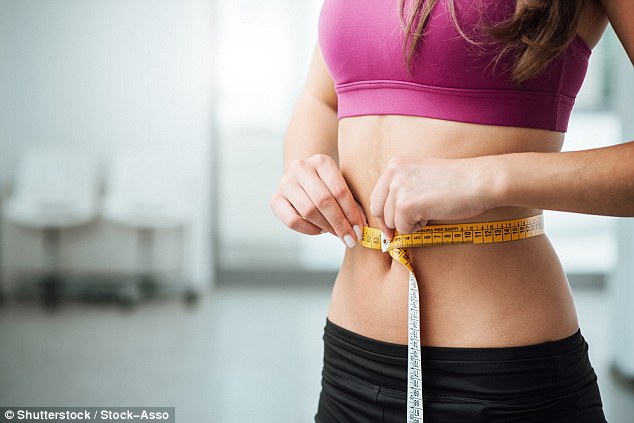 Did you know? Around 5,000 a year undergo bariatric surgery on the NHS to shrink the size of their stomachs — with each operation costing £6,000 to £7,000

But scientists think the nose spray could benefit thousands of overweight people without diabetes because insulin also sends signals to the brain that the stomach is full, reducing appetite.

A trial is underway at the University of Birmingham to see if inhaling a mist containing the hormone can banish hunger pangs and speed up weight loss.

Many people struggle to lose weight, or keep it off having lost it, through dieting alone.

But the health service is poorly equipped to cope with the tens of thousands more who it’s thought could benefit from surgery.

The Birmingham trial was set up after studies elsewhere suggested that inhaled insulin could be a relatively cheap and safe way to reduce appetite.

Although larger doses of injected insulin taken for type 1 diabetes can stimulate weight gain, it’s thought much smaller inhaled doses have the opposite effect. In a study at the University of Tubingen in Germany, published in 2017 in the journal Scientific Reports, researchers gave a group of volunteers sprays containing insulin or a dummy drug. 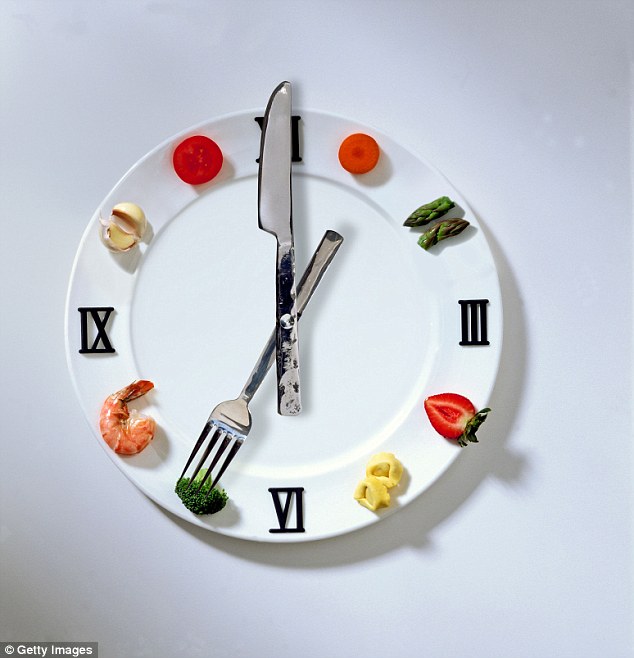 Fat chance! The Birmingham trial was set up after studies elsewhere suggested that inhaled insulin could be a relatively cheap and safe way to reduce appetite

The sprays were given to 25 slim volunteers, ten volunteers who were overweight, and 12 who were obese. Each one fasted for ten hours before the experiment.

Several hours after inhaling either the insulin or the dummy drug, volunteers were presented with different foods and asked if they wanted to eat them; at the same time, their brains were scanned using functional MRI — which records brain activity.

Those who sniffed the insulin showed greater signs of activity in areas of the brain such as the hippocampus that are involved in controlling appetite, and reported feeling up to 27 per cent less hungry after using the insulin spray than when they later swapped to the placebo.

The Birmingham study, which began earlier this year, is aiming to recruit dozens of healthy volunteers — ranging from those of a healthy weight to the obese.

Each will inhale either insulin or a dummy spray shortly before eating, and their food intake will be monitored using a device called the Universal Eating Monitor. This is a scale wired to a computer that records the weight of a plate of food as the volunteer eats.

It was developed nearly 30 years ago to test the effectiveness of appetite-suppressant drugs.

The results of the trial are due to be published next year.

Dr David Haslam, clinical adviser to the National Obesity Forum, said he would welcome any new safe and effective weight-loss treatments. But he warned that success could depend on how discreet the spray devices are, as previous attempts to get patients to use sprays have failed as they were bulky and noisy.

MEANWHILE, obesity may be caused by a virus, according to a new Chinese study in the journal Bioscience Reports.

Scientists at Beijing Hospital found that a common microbe, called adenovirus-36 or AD36, which causes respiratory infections and cold symptoms — is more often found in obese and overweight people. One theory is that the virus may change the way the cells store fat.